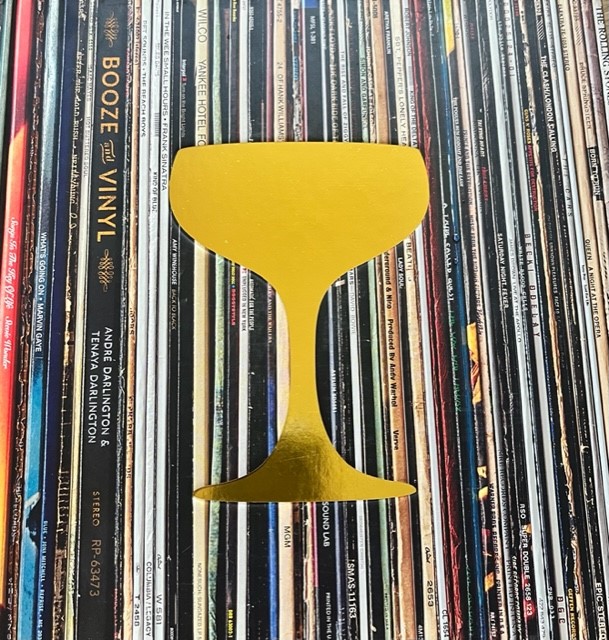 “The wine must have done its job, because I am relaxed and finally at ease. Yes, it’s definitely the wine. Otherwise I wouldn’t have started singing out of the blue in a million years.” —Hilaria Alexander

When it comes time to relax over a drink, a little musical accompaniment often helps set the mood. Yet our favorite spins can eventually grow stale — ditto our usual beverages. Yesterday’s ale and well-worn tracks might call for a rethink, but finding the proper pairing of liquid and sound can present a dilemma, which is where a bit of research and technology help to keep things fresh.

The website Drinkify is an online way to find options for your grog-and-groove time. The straight-forward format tells you what to imbibe while listening to whatever given artist you key in. If you enter the Grateful Dead, for example, the site generates a photo of the Dead’s live 1981 double-album release Dead Set, along with a drink recipe that includes Sipsmith (an artisan brand of gin from England) and fresh lemon juice. Personally, I might opt for the San Francisco group’s all-acoustic release Reckoning (1981), along with a good IPA or a bit of Jim Beam; but punch in Sam Bush, and a Jack Daniels and Coke is the computer-generated result. That one is spot-on. For the banjo-driven music of Béla Fleck, the site suggests a refreshing blend of Jack and iced tea. I’ll drink to that, too. The website appears to have a recurrent hankering for hand-crafted gin from London, which also comes up (4 ounces of it, on the rocks) when entering music by the indie rock band The War on Drugs.

The book Booze and Vinyl, by brother-and-sister writing team André and Tenaya Darlington, features a buzz-evoking and artistically inviting layout of cocktail-, rock- and pop-related photos, along with some excellent ideas for what to pour in your glass. The book recommends Planter’s Punch (and sitting in lawn chairs) while enjoying Bob Marley & The Wailers; a tequila sunrise to accompany the Rolling Stones; a dirty martini for anything by Iggy Pop; a gin and tonic for the sounds of The Clash; a fishbowl (which blends rum, vodka and blue curaçao, among other things) for Wilco; a piña colada for the Beach Boys; Yorsh (a Russian-inspired blend of Vodka and beer) for Nirvana; a little absinthe for Amy Winehouse; a Manhattan for Sinatra; a Velvet Hamer (cognac, cream and liqueur) for Marvin Gaye; a shot of Jameson and a Harp (beer) for The Pogues; and lots of other intriguing combinations for when unwinding with a cup in hand.

Perhaps the easiest way to air a medley of pleasing ditties when floating your booze-borne relaxation boat is to use a streaming platform such as Spotify or Pandora (it still exists!) and simply let the algorithms carry you away to a beverage-enhanced happy place. I recently spent my Friday night mixing white Negronis (replace Campari with Suze, a French aperitif with a delicately bitter gentian root flavor) to Spotify’s French Jazz Café stream, followed by a digitally driven journey through the biggest hits of 1971. It was tough not to be pleasantly uplifted and amused by a Frankified cover of Nancy Sinatra’s “These Boots Are Made for Walking” (“Ces Bottes Sont Faites Pour Marcher”), by the chanteuse Emilie-Claire Barlow, as well other similarly entertaining and French-infused jazz cuts, and then welcomely chilled by a string of bygone chart-toppers from Bill Withers, Cat Stevens, Three Dog Night, Bread, Joan Baez and The Temptations, all while the Suze and gin worked their magic. Be it classical, hip-hop, Irish folk, reggaeton — whatever your jam — it’s all there for the streaming via  smart phone and maybe a wireless speaker.