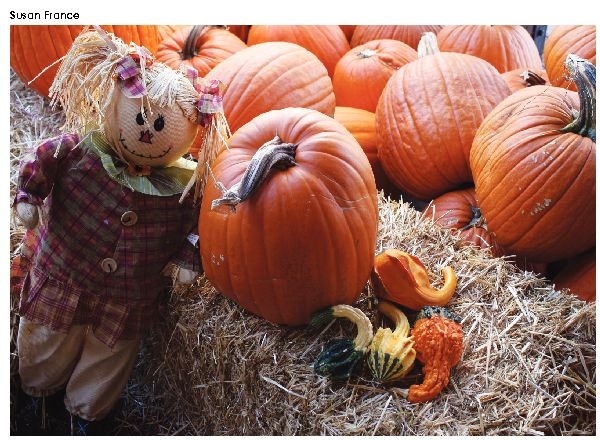 The autumnal equinox and falling leaves seem to make America a little pumpkin crazy. Grocery stores are quick to feature piles of pumpkins outside their doors, while numerous local businesses don pumpkin décor in their windows at the changing of seasons. After wet weather and preliminary frost spoiled a vast quantity of the nation’s pumpkin crop last year, pumpkin enthusiasts are quickly searching for their seasonal pumpkin supply this year.

Boulder resident and pumpkin aficionada Jessica Serowski says she already has at least four cans of pumpkin in her pantry. Serowski, whose birthday is at the end of October, says her family always carves pumpkins to celebrate.

“I always have pumpkin pie instead of birthday cake because I love pumpkins so much,” she says.

According to an article in The New York Times last November, soggy fields from heavy rain in Midwestern states, where the majority of commercial pumpkins are grown, prevented farmers from getting harvesting equipment to the pumpkins during the typical harvesting season in August.

This news thrilled organic pumpkin growers on the West Coast, who typically only contribute to 4 percent of the overall canned pumpkin market, whereas 95 percent of the crop intended for harvesting and canning is grown in Illinois. Last year’s pumpkin crop in Oregon was so good that growers were able to fill a small gap left by the mainstream pumpkin shortage by shipping truckloads of canned pumpkin to various U.S. locations.

They may have not shipped it far enough east, though, because Serowski says canned pumpkin was hard to come by last fall and throughout the spring and summer months this year in Boulder County.

“When frost came early last year, and there was a limited supply of pumpkin, I could only find it at the Wal-Mart in Broomfield,” Serowski says. “If any Boulder grocers carried canned pumpkin during the shortage, that’s news to me.”

Local pumpkin patches are alive and well in Boulder County, as no serious weather conditions have occurred yet this fall. Serowski says it’s her favorite time of year because it’s great to shop locally.

“It’s so much more fun to go through a pumpkin patch and choose your pumpkin than going to a grocery store,” she says.

Cottonwood Farms in East Boulder offers walks through their corn field maze, farm animals, wagon rides and, of course, a pumpkin patch, from 10 a.m. to 6 p.m. until Oct. 31. Rocky Mountain Pumpkin Ranch in Longmont features pumpkin festivals every weekend in October that include educational farm tours, a hay maze and a traditional pumpkin patch.

Pumpkins are a warm-weather crop, planted five to 10 meters apart in soil that holds water well during early July. Lack of water and cold temperatures can devastate pumpkin patches, but even if many portions of a pumpkin’s vine are damaged, the plant can quickly produce secondary vines to compensate for any damaged ones. Honeybees play a significant role in pumpkin fertilization, as the gourd-like plant produces both a male and female flower.

Botanically, pumpkins are a fruit because they are a seed-bearing structure growing from the flowering part of a plant, but culinarily, pumpkins are a vegetable. Nix v. Hedden, an 1893 Supreme Court case, addressed whether a tomato was classified as a fruit or vegetable and unanimously ruled that it is a vegetable.

Based on this ruling, pumpkins are probably more often classified as vegetables because of how they’re used.

“I love toasted pumpkin seeds baked with salt and butter,” he says, adding that he equates pumpkins with pleasant childhood memories. “I remember waking up to the smell of pumpkin pie and eating more than my fair share during the holidays.”

At
a more local level, Moe’s Broadway Bagels offers pumpkin-flavored cream
cheese to enjoy with your morning bagel and coffee from the end of
September until Christmas. Store Manager Peter Sherman says their recipe
is made with regular cream cheese, ground nutmeg, cinnamon and clove,
pumpkin pie mix and sugar.

“People love it and ask for it because it’s like eating a piece of pumpkin pie,” Sherman says.

On a more extreme local note, the 12th Annual Naked Pumpkin Run occurs after 11 p.m. every Halloween, when
gutsy participants streak down Pearl Street in nothing more than
running shoes and carved-out pumpkins on their heads. A Boulder novelty
and Boulder Police Department nightmare, the Naked Pumpkin Run began in
1999 when two lone men set off for a nude run in the chilly Colorado
air, and has since become a growing Halloween tradition.

If
pumpkin cuisine and naked pumpkin runs don’t interest you, pumpkin
carving may be the next best option. There’s nothing like a handsome
jack-o’-lantern to get you in the fall and Halloween mood.

“I
carved a jack-o’-lantern with a lace design last year that I saw in a
Martha Stewart magazine, and can’t wait to do something just as cool
this year,” Serowski says.