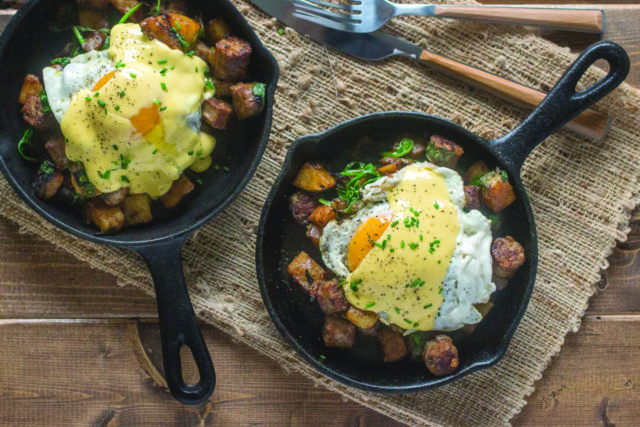 Fat had a huge PR problem a decade ago. You didn’t want to be fat, so you didn’t eat fat, especially animal fats. Nobody wanted to be a lard ass.

Fats were reviled as an artery-clogging villain, well, except for French fries.

That’s when Fatworks rode to the rescue. From its company name to its line of bottled artisan tallows, lards, duck fat, ghee and schmaltz, Fatworks embraced fat. It unabashedly pushes the unpopular belief that good fats are good for you and that fat makes foods taste good.

“Back then people were really afraid of fat,” says David Cole, co-founder of Longmont-based Fatworks, Cole was working in the computer speech recognition industry when he was introduced to the Paleo diet. “I started eating that way and immediately found a lot of benefits. Everybody wanted to proselytize about it. One of the tenets of Paleo and keto is: Don’t be afraid of fat! They said go ahead and eat tallow and lard, but we discovered that nobody was making them,” he says.

The animal fats business is naturally dominated by the largest meatpackers. “The big lard companies like Snow Cap are just making an industrial by-product. We don’t even consider that lard,” Cole says.

One day Cole and friends bought some suet—that’s high-quality beef fat—and made tallow in a Portland, Oregon, restaurant kitchen. “Paleo people heard about it online and we launched at the beginning of the Paleo movement around 2013,” he says.

Although Fatworks essentially created the grocery category of premium fats, others, including General Mills’ Epic brand, jumped into the market selling fats for half the price. “It is not cheap to make these. Sourcing really good animal fats from farmers who are doing it right costs a lot of money. There is consumer resistance: ‘Why should I pay $16 for a bottle of lard?’” he says.

Chefs understand why. Home cooks think it’s expensive, at least until they taste these fats.

“It’s not a complicated thing. Whatever you use a cooking oil or shortening for, you can replace with animal fats. A lot of our fats are interchangeable depending on the flavor you want,” he says. The exception would be for something like salad dressing.

There has been progress on the fat front in the past decade. “Before Fatworks, people would see canola oil as good and think lard was the crappy product. Now it’s reversed,” he says. “Now carbs are more maligned.”

“Now we are getting people who just want good ingredients and to cut out the highly industrialized seed oils. They like this whole palate of flavors,” he says.

In the past decade duck fat fries and tallow fries have popped up on bistro menus, and steakhouses offer tallow candles that melt on a plate. Fats have become big in the home grilling and smoking community. “They like to inject brisket with our American Wagyu beef tallow,” Cole says.

“We’re going to start making candles, and a line of soap and skin care products. There are a lot of people who are anti-soy oil,” he says. Meanwhile, his search goes on for elk and deer tallow, and even camel tallow from Australia.

Fatworks fats is available at some local Natural Grocers and Walmart stores and online: fatworks.com

“One jigger of Scotch has less calories than a glass of prune juice.” —From The Fat Boy’s Calorie Guide published in 1958.