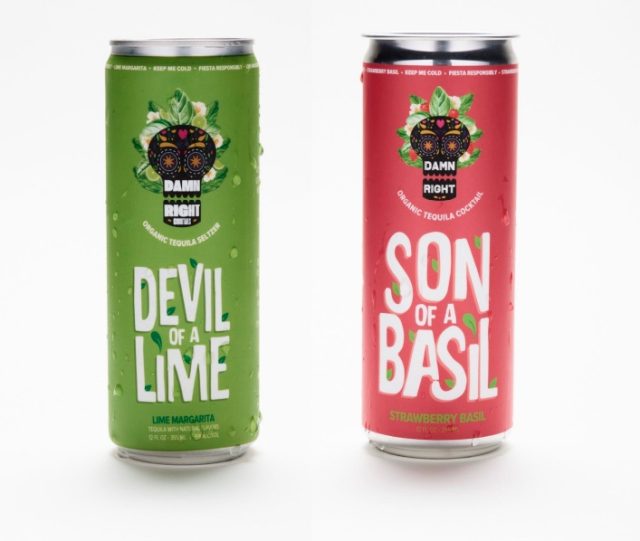 At the age of 27, Gabrielle Fitzpatrick, CEO and co-founder of Damn Right Cocktails, is one of the youngest female business owners in the spirits industry. Fitzpatrick’s company, which produces ready-to-drink margaritas in a can, uses 100% de agave tequila from Mexico, where her women-run business extends into production. Her canned cocktails are made in the Amatitán Valley of Jalisco and sourced from a family-owned, woman-headed distillery.

“I want to share my journey as one of the youngest female entrepreneurs in a male-dominated industry,” says Fitzpatrick, who recently launched her canned-cocktail business in Colorado at a house party in Denver. “We’re a small operation at the moment, but a huge group of my friends from college moved to Colorado. We threw a house party and did a little celebration for the launch. It was low-budget but it’s a good way to get people to try the product, let them know where they can purchase it and talk up the brand.”

Originally from Los Angeles, Fitzpatrick, who currently resides in New York City, travels frequently for her business, of which she is the operator.

“I run it by myself,” she explains. “We’re now reaching out to the Boulder area, because it’s a fun college town and I think it’s a great place for our product. We’ve got a unique brand identity that younger people can get behind, and we use all natural and organic ingredients.”

Making and distributing canned cocktails involves more than one might expect. Fitzpatrick dives deep into the details of what it takes to offer a product that includes tequila and fresh lime juice from Mexico.

“Tequila is kind of complicated, which I didn’t know until I got into the industry,” she says. “My product is 100% de agave tequila. It’s similar to champagne, in that champagne has to come from the Champagne region of France in order to be called champagne. One-hundred percent de agave tequila has to be produced in Mexico from the Tequila-producing region. Our tequila comes from a distillery that is owned by the oldest daughter of the Partida family, which is well known for tequila production. Iliana Partida runs the operations at the distillery that produces the organic tequila (El Ultimo Agave Blanco) that we use.”

Fitzpatrick says her business operations include transporting the tequila to a plant in Mexico where the beverages are canned and mixed with their ingredients, then shipped to the U.S., where they are distributed to various states, including Colorado.

Damn Right currently offers two cocktails: a lime margarita, which is a twist on a skinny margarita, featuring the flavors of orange and lime; and a strawberry-basil margarita. The drinks, currently available around Denver, Thornton and Boulder, are low-calorie, between 110-130 per can, and are sweetened with natural ingredients including organic agave nectar from the Jalisco region.

“Some people freak out about the basil,” Fitzpatrick, who worked as a bartender while in college, says. “But it’s really good. We spent eight months formulating it, and we got a lot of people of different ages and backgrounds to share their opinions. Our drinks are 5% alcohol by volume, which allows people to drink a few without getting drunk. Drinkers are aware these days. They buy for quality, variety, taste and flavor. We’re happy to deliver all of that. With a canned cocktail, you don’t have the hassle of having to mix it, and I wanted something with carbonation that tasted really good.”

When asked about the name of her company, Fitzpatrick gets straight to the point.

“I want to relate to urban women who are socially conscious,” she says. “The name affirms that women know what they want, and what they’re going to get.”

Where you can find Damn Right Cocktails in Boulder: