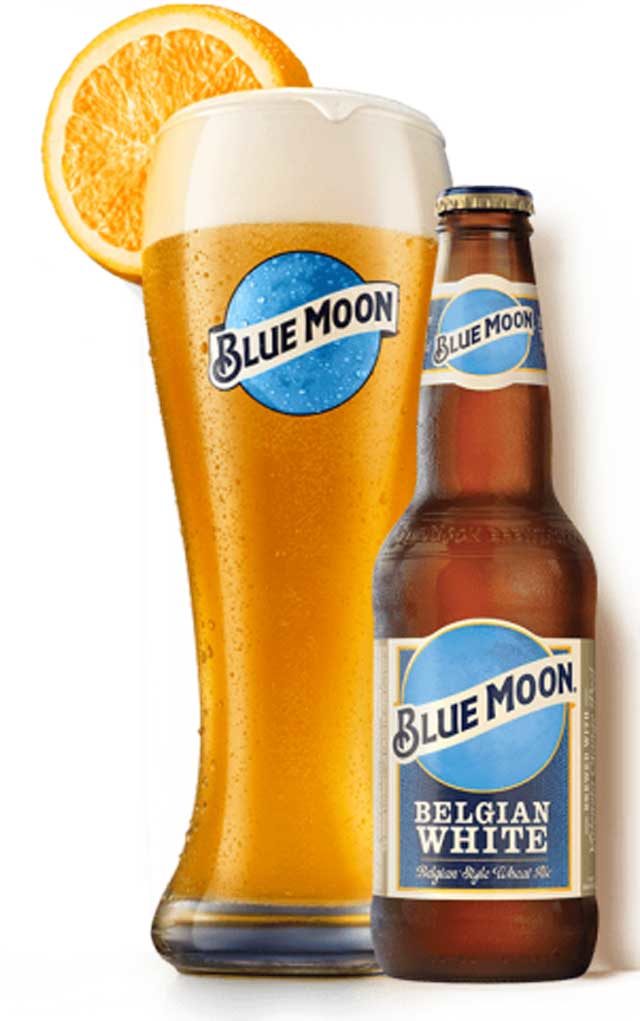 Baseball is back, which allows us the perfect opportunity to explore one of the only beers ever to be born at the ballpark: Blue Moon Belgian White.

Originally crafted in 1995 by Keith Villa at the SandLot Brewery (a 10-barrel system located in Coors Field behind the right-field stands), Blue Moon took its time taking off. At the time, Coors Brewing — pre-Molson and Miller merger — owned Blue Moon lock-stock-and-barrel and had a hard time figuring out what to do with the unusual brew. It didn’t help that the Colorado brewing giant obscured its relationship to the label, nor did a 1999 lawsuit filed by the Confederation des Brasseries de Belgique claiming Blue Moon was misleading drinkers to think the beer was a Belgian product.

But then in the mid-2000s, the Belgian-style wheat ale and its iconic orange wedge clinging to the rim of a tall, curvaceous weizenbier glass soared, outselling the imported Hoegaarden and sparking brewer and consumer interest in all beers Belgian. In 2017, over 2 million barrels of Blue Moon were shipped, keeping it one of the nation’s top-selling beers.

Brewed with wheat, oats, coriander and Valencia orange peel, Blue Moon Belgian White pours fresh with a softly crackling head of foam. True to style, the beer is unfiltered, evidenced by the light haze kicked up in the glass. The aroma is fresh, citrusy and enticing. The mouth is soft, loaded with orange and coriander and slightly sweet. Not any more than you might like, and not any less either. It’s almost a perfect beer, one that tastes just as good no matter where you drink it: be it the ballpark on a hot sunny day, an airport concourse while you wait for the early flight, or on the patio with a plate of grilled shrimp tacos while watching the sun slip behind the Rockies.

As it is with most big brewers, Blue Moon releases a series of seasonal variants they call, “Brewer’s Select.” Currently, you can find the O.G. Moon alongside Mango Wheat — which swaps out the Valencia orange peel for ripe mangos — and Honey Wheat, which adds a healthy dollop of clover honey to complement the orange peel. Both beers are pleasant: Mango Wheat has a fresh fruit quality that doesn’t overrun the biscuity malts, while Honey Wheat is one of the rare beers that gets better, smoother and richer as the beer is allowed to warm.

Villa retired from Blue Moon and MillerCoors in early 2018, but not from brewing. His current endeavor: Ceria Brewing Co., a brewery that specializes in de-alcoholized cannabis beer. Grainwave is their first release, and the base beer is, unsurprisingly, a Belgian-style white ale.

According to ceriabrewing.com, a THC-infused American lager and India pale ale are in the works — look for them at all your favorite dispensaries. For the rest of you thirsty readers looking for a pour of Blue Moon, they can be found pretty much everywhere.