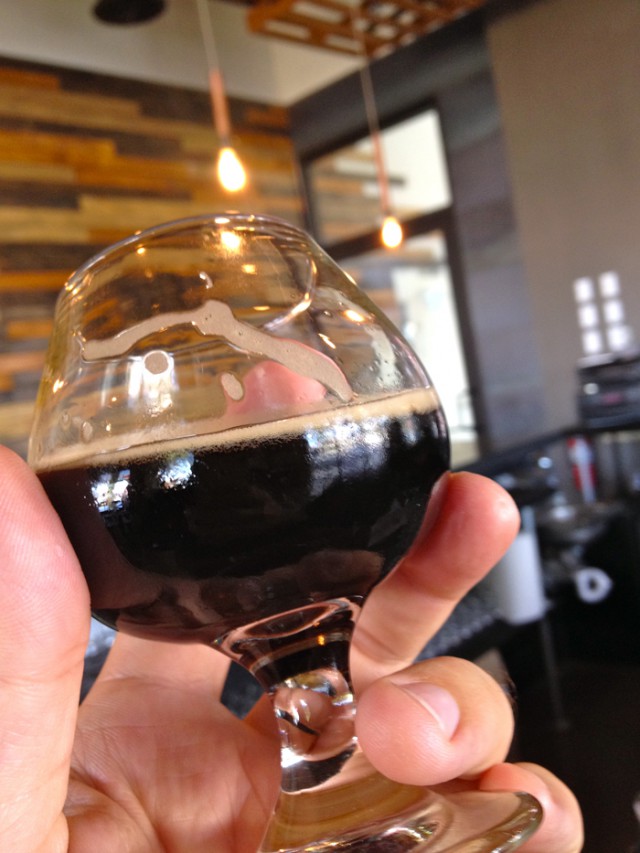 Being far too aware of how fun drinking and driving seems at first, I have always preferred to avoid its potential pitfalls and manslaughter charges by frequenting bars that I can walk to. That’s why I wouldn’t have thought of Liquid Mechanics’ new digs at the corner of Baseline Road and U.S. 287 to be a good location. It’s on a major regional highway and across from a Walgreens, thoroughly neighborhoodless.

According to the bartender, I stand alone in that department.

“The owners knew the location was good, but they didn’t anticipate demand would be so high,” he says. “One day we will have 13 taps and the next day we’ll have half that.”

That’s why I can’t try the advertised small-batch of Raspberry Porter. He tells me they move so much beer that the menu is constantly in flux with two-barrel batches of new brews cycling through. Table-top signage tells me to expect rum-barrel aged porter, raspberry rye, cherry chocolate stout and more.

Whatever is seasonal is fair game for the brewmasters’ alchemic efforts.

“They all worked in the pharmaceutical industry before this,” he says. “It’s the same process, but different ingredients.”

“Hijack the patent process and then bilk the government?” I ask.

“Pretty much,” he laughs.

Instead I order a berry-free robust porter, and a taster of a Belgian Abbey, and take a moment to scope out the space. It’s all modern industrial design, with high ceilings, brushed concrete floors and a combination of wood slats and steel for decor. A woven network of stained pallettes hangs above my head as a lighting fixture. A small stage sits against large, west-facing windows looking out on a patio and beyond.

I make note in my phone, and my neighbor at the bar pipes up.

“Taking notes, huh? This is a good place to study,” she says.

“I guess that would depend on what you’restudying,” I say.

“Biology,” she says, and brandishes her textbook.

“I love this beer,” a woman further down the bar announces to her husband by way of the entire room. “That could become a problem.”

Then she sees my tiny taster glass and demands the bartender say where he’s hiding the cognac. In response, I give my best supervillain/global finance tycoon brandy swirl in her direction.

And like that, we are all colleagues, research fellows in day-drinking. Maybe a neighborhood joint doesn’t need a neighborhood after all, just the feeling that it is full of your neighbors.

But after that 8.2 percent robust porter, I’m still not looking forward to driving back home.