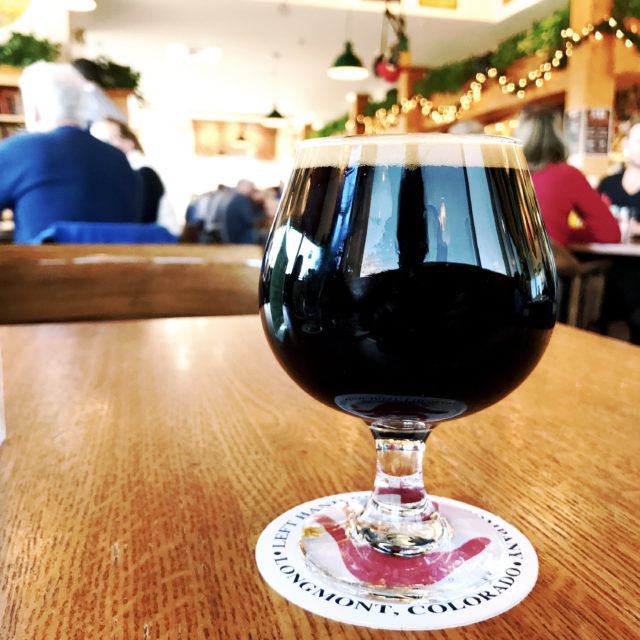 Though it’s the shortest month of the year, February in Colorado can be a long and lonely affair. Luckily, Mountain Sun Pubs and Breweries have an antidote: Stout Month.

“We started Stout Month to coax folks out of their houses and into their community during one of the darkest, coldest months of the year,” proprietor Kevin J. Daly says. “Who knew it would grow into the phenomenon that it is now?”

Twenty-seven years later, Stout Month is an institution. And for 29 days in February, taps at all five Mountain Sun sister restaurants will once again fade to black and run wild with pitch-black ale.

Massive roast with a dollop of orange blossom honey, NIHILIST is one of the best Russian imperial stouts you’re going to find. It will be interesting to see how a bourbon barrel beefs up this already beastly brew, but NIHILIST in a pinot noir barrel? Rich flavors of chocolate and coffee mingling with the garnet grape’s earthy flavors of red fruit and oaky vanillin? Sounds exquisite.

Also new this year is Chocwork Orange — continuing the long-running A Clockwork Orange theme — which features additions of milk and dark chocolate, orange peel, blood orange purée and Ekuanot hops. Ekuanot, the hop formerly known as Equinox, can bring a lot of citrus to the party, which ought to give Chocowork Orange Stout a bit of lift (in case all those dark and heavy stouts start to weigh you down).

In addition to Mountain Sun’s 36-plus house stouts, there will be more than a dozen guest stouts from brewers around the state, and two from Michigan. One such stout hailing from the Wolverine State, Bell’s Brewery Expedition Stout, is a real blast from the past: one of the earliest examples of RIS from the U.S. craft beer movement. Sticking with the Russians, Denver’s Call to Arms Brewing will feature This Sh*t Won’t Stratify, a rich and decadent Russian imperial milk stout loaded with bakers chocolate, black cherry, craisin, caramel and ripe blueberries.

Need something light? Longmont’s Großen Bart Brewery features their Walrus Oatmeal Stout and Left Hand Brewing sends their Raspberry Milk Stout, and both clock in under six percent alcohol by volume — ideal for a noontime stout. Or enjoy with Mountain Sun’s 48 Smooth Chai Stout or Casual Friday Stout for a stout session. Just make sure to leave room for The Big Molé Imperial Stout from Boulder’s Uhl’s Brewing Co. With cinnamon, cacao nibs, ancho chiles and vanilla beans, it’s a stout to pair with Southern Sun’s poutine or carrot cake. What a glorious February we have in store.