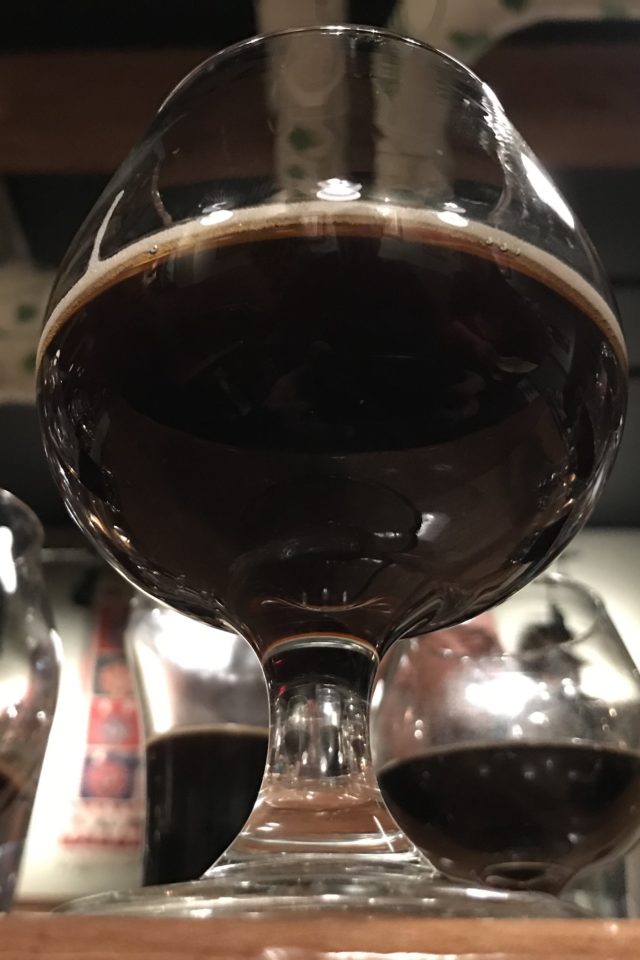 And with good reason: One whiff of the opaque brew tickles the nose with high-octane bourbon and then softens the tongue with the first sip. Then comes a cascade of sweet chocolate amid a sea of rich dark malt. There’s a touch of bitterness on the finish to clean things up and get you ready for another. It’s a soft and velvety digestif, drink with or for dessert, and you’ll go home happy.