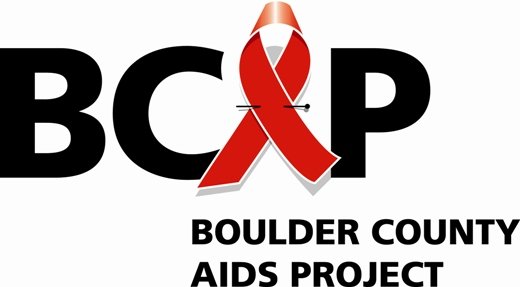 I met Tim Leifield in the late summer of 2006 at a table in front of Caffe
Solé. In the midst of doing interviews for what became a five-part series
about the history of HIV/AIDS in Boulder County, I wanted to get his
perspective as the first director of Boulder County AIDS Project on the
early days of the epidemic.

He was warm and friendly and funny, and I found myself alternatively
laughing or moved to tears during the course of the two hours that we spoke.
He recalled how he’d first heard about GRID — gay-related immune deficiency,
as AIDS was known before its cause was discovered — from friends in New York
who were sick and dying. He talked about the fear that permeated the gay
community in those dark days of the late 1980s.

“It was fear, but it wasn’t even just fear,” he told me. “There was a sense
of hopelessness attached to the fear. There was no treatment, no cure. Every
week there was another rumor. If you eat this mushroom it will counter
whatever …”

Tim was not the sort of person to see a problem without doing something
about it. His involvement with Boulder County AIDS Project began when he
walked into the BCAP office off the streets to find out what BCAP was all
about. When he learned that the organization consisted of volunteers, a
phone line and some pads of paper, he decided to get involved.

Tim’s involvement with BCAP led its board to ask him to serve as the
organization’s first executive director, which he did from 1992 to 1995.
“What I agreed to do was to hire someone who knew what they were doing,” he
told me.

But for someone who didn’t know what he was doing, Tim had an enormous
impact on BCAP, taking a bare-bones grassroots organization and transforming
it into a nonprofit with a $500,000 budget.

He also helped raise awareness about HIV/AIDS in Boulder County at a time
when a few AIDS patients were dying each month — and he did it in his own
unique way. He created the Condom Squad, complete with crazy condom hats,
and headed with volunteers into local bars to hand out safer-sex kits that
included condoms and lubricant. People snapped up the safer-sex kits as fast
as BCAP could put them together.

Inspired by European and Australian advertising campaigns, Leifield also
wanted to make the topic of safer sex a very public one and approached RTD
about buying ads on buses.

“That resulted in lots of go-arounds with RTD about what was appropriate for
public display,” Leifield says.

In the end, RTD agreed to run an ad about condom use — a true victory
against the Puritanism that made it so difficult to have a meaningful public
discussion about HIV and sexuality.

That was the public face of Tim’s action against AIDS — joyful, direct,
courageous. But for any gay man, there was a deep personal grief at watching
so many friends and acquaintances die.

“Grief is an issue in the gay community,” he told me. “You didn’t really
have time to grieve for somebody before the next person died.”

He helped bury too many friends, attending so many funerals that he and his
friends began to discuss funerals like most people might discuss weddings —
how the flowers were done, the music, what people wore, what was said.
My interview with Tim was essential to my AIDS series, but it also was the
beginning of a friendship. Tim e-mailed me every so often with comments on
something that had run in the newspaper or local events. Once, he sent a
letter with a gift card, thanking the news staff for our hard work and
telling us he wanted us all to have lunch on him. That’s the kind of man he
was — generous, quick with praise, sincere.

Tim Leifield died unexpectedly this past weekend in his home. As of press
time, the cause of his death is unknown.

When I heard the news, I remembered how he’d told me that his address book
was a kind of mausoleum, filled with the addresses and phone numbers of the
dead.

“I have names in my address book and e-mail database that I can’t seem to
delete,” he said during that first interview. “This isn’t supposed to happen
until you’re 65.”

Tim was only 55. But his accomplishments in that relatively short span of
years were extraordinary. If, as Martin Luther King Jr. said, one’s service
is a measure of one’s greatness, then Tim was great, indeed. I suspect I
won’t be the only one who will save his e-mails and phone messages, as there
are so many who will miss him.