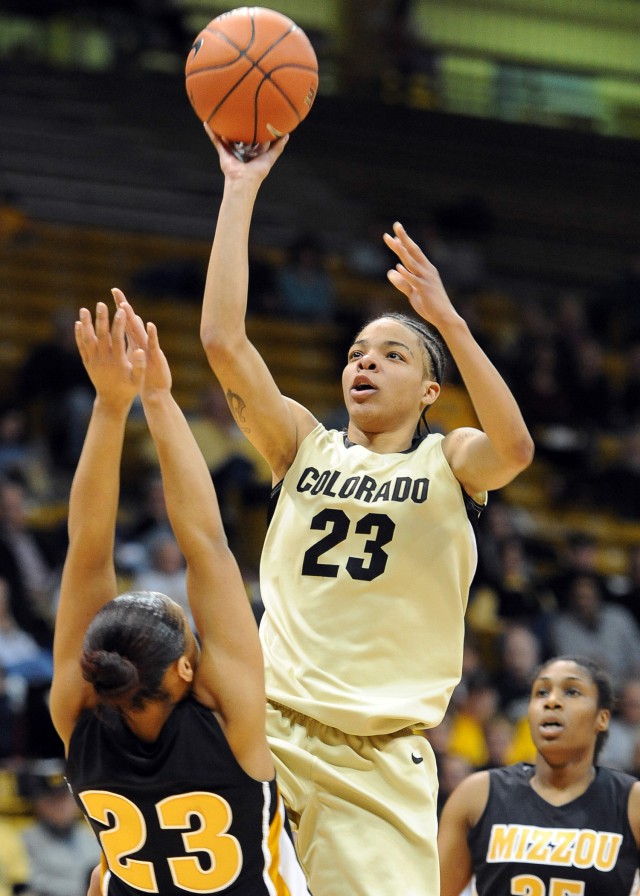 It may not have been the way Linda Lappe drew it up, but the
ending to Colorado’s non-conference season couldn’t have been much sweeter.

After grinding through a back and forth second half, Creighton’s
Carli Tritz hit a three to tie the game at 49 with just over 15 seconds left on
the game clock at the Texas San-Antonio Holiday Classic.

As time began to trickle away, CU point guard Chucky Jeffery
dribbled just behind the half-court line, as she and Lappe dictated
instructions to the team. Jeffery tried to drive to the basket, but couldn’t
find a break in the Lady Jay defense.

As the play broke down, freshman Lexy Kresl called for the
ball at the left wing far beyond the three-point arch. A crunching Julie
Seabrook screen opened up Kresl for a pass from Jeffery. Without hesitation,
Kresl fired and hit as zeros flashed on the scoreboard, giving Colorado (11-0)
their first undefeated non-conference season since 1992-93.

“I really liked our demeanor tonight,” said Lappe after the
win. “We didn’t get too rattled at any point in the game. It was good for us to
play in a really close game against a good Creighton team.”

The Bluejays provided the Buffs with their toughest test to
date. Creighton’s non-conference schedule is as challenging as any, facing
third-ranked Notre Dame, Big 12 schools Kansas and Nebraska, and defeating ACC
power North Carolina State.

Kresl, along with fellow freshman Jen Reese, led the Buffs
in scoring with 15 points apiece. Jeffery chipped in 13 points, as the Buffs
played with a tightened rotation with the absence of Ashley Wilson due to a
concussion.

The Buffs get to go straight from San Antonio to their
hometowns to celebrate the holidays with their families. CU next puts their
undefeated record on the line against Utah (6-4) on New Year’s
Eve in Salt Lake City.