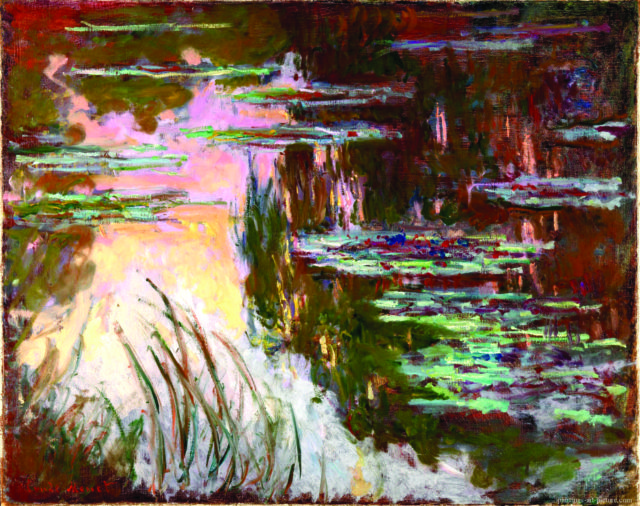 I thought of the footage I’d seen of prayerful people being pepper sprayed and maced in the eyes by armored law enforcement at Standing Rock. Officers beat the prayerful with batons, shot Water Protectors in the back and face with rubber bullets and beanbags. As Water Protectors were being violently handled and arrested, bundles of sage whose smoke tendriled and billowed with their prayers, rose into the blue sky that witnessed it all.

I thought of their bloodied faces, their bloodied bodies, their cries for the sanctity of water and life, piercing through their praiseful tears into the air of the Great Plains, flowing into the ears and eyes of law enforcement, legislators and citizens around the earth, nourishing something forgotten in them. Their fight, or reason for standing, is simply to protect the water of the Missouri River from The Dakota Access Pipeline. They stand to protect the source of their water and many sacred sites, which lay in the Pipeline’s destructive path.

The corporations behind the pipeline, or “Black Snake” as it’s being called, had set attack dogs in the hands of mercenaries on unarmed, peaceful and prayerful Water Protectors who were defending ancestral burial sites from corporate bulldozers. The images of the dog’s blood-soaked mouths have been seen by millions around the world.

I’d hiked to the top of a rocky mount that rises from the floor of a canyon through which a river flows in northern Colorado. After the climb, I sat with my heart, thumping in the sun, feeling the warmth of the light on my face. I looked around me in all directions. From where I sat, I could see out across the plains; the cities sprawled to touch each others’ limits; linked by gray pavement, which radiated as a mirage.

I saw the mountains and the gullies, which fell from the peaks. Beneath where I sat, a spring creek flowed across algae-draped stone, through watercress and down toward the river below.

The place where I was had experienced a forest fire in the years of the last big drought, and all but a few of the Ponderosas were scorched, nearly limbless, pointing from the hillside towards the sky. “It hasn’t rained in a long while,” I thought.

The fall grass was golden. The earth beneath the disintegrating charcoal Ponderosas was full of rocks and soft Mullein leaves. I noticed a few living pines in a gulley to the east.

I opened my canteen, took a sip of water; felt it as it cooled my lips, ran through my throat near my heart as it pumped, and cooled my full belly. I closed my eyes in the bright heat of the sun. I thought of a world without water, but the thought didn’t last long.

I had been struggling with sleep for some time. I’d wake in the pre-dawn hours when the darkness of the sky turns dark blue, and there is deep silence as the morning star rises from the eastern horizon. As if bubbling from deep beneath a mountain, vivid feelings that presented themselves as wordful images would wake me, confronting me in the liminal space. It was as if something was thinking through me, and needed me awake to feel what it knew.

Water is life, rang as I was about to fall asleep. Water is life, I thought. Water is alive, as I fell into dream. I dreamed that the water composing and flowing through my body was thinking as it flowed. As a spring, it flowed then disappeared into the earth beneath the surface of my skin into my veins; beneath the surface of my wakened mind. Water is alive. The thought coursed through me. In my dream, I spoke with water. As the living water began to speak, I fell deeper into a dream that I cannot remember now.

I began to think about the Water Protectors at Standing Rock, facing militarized police, National Guard and corporate mercenaries by the hundreds. Wrongfully, I thought, because they are peacefully and prayerfully protecting their river and sacred land.

The stand of the Water Protectors at Standing Rock and the state’s reaction to their peaceful protection of the earth has revealed that centuries of state-sponsored oppression live on in corporate disguise.

I thought of this from a distance, alone on a mountaintop where the sky was blue and a few whisps of cloud spun through the atmosphere. The same winds that cooled my body by evaporating the sweat through my wool sweater to my skin gave a current of air for a Junco to ride on — from pine to pine as it spoke of something I couldn’t interpret, but felt.

I thought to myself of climate change; of the rising temperatures all around me, the rising seas, the acidification of the oceans, the pollution of our waters, our air and our earth. I thought of the great storms to come. I thought of the Water Protectors who say, “Water is Life.”

I thought of the water that flowed down in the gulley beneath me, cascaded thinly over slabs of rock. Presumably, it had been flowing for a long time as the rock was smooth across its face deep beneath the ridge where I sat. When the terrain flattened, the creek pooled dark between boulders, banking in sand, its sound subtle.

That spring that streamed through its bed in earth was the rare, vital force of that mountain space.

All around were rocks and sand. This one stream, amidst the drought, effortlessly flowed through the ravine, into the river, which widened and grew into a bigger river, flowed on to a sea whose currents spun with other seas. The vital water in the stream struck me as sacred because it links.

As I sat on the mountaintop, I imagined I was having a conversation with the living water about climate change, the pollution of water, its necessity for life. I thought of the Water Protectors. I started to speak out loud to the no one who was there.

I said to no one that I came to the mountain today to get some perspective on everything that’s happening in the world; at Standing Rock, the people protecting the water. I came for a sense of why it is that we’re in this crisis on this earth where the oceans are acidifying, the temperatures are rising, the storms getting worse — what is at the root of that? What is at the heart of that?

I look all around me, from this mountain to the canyon to the river and sun, to the sky. The destruction is because we don’t quite see accurately, and I think we are going to continue to destroy the earth until we see accurately.