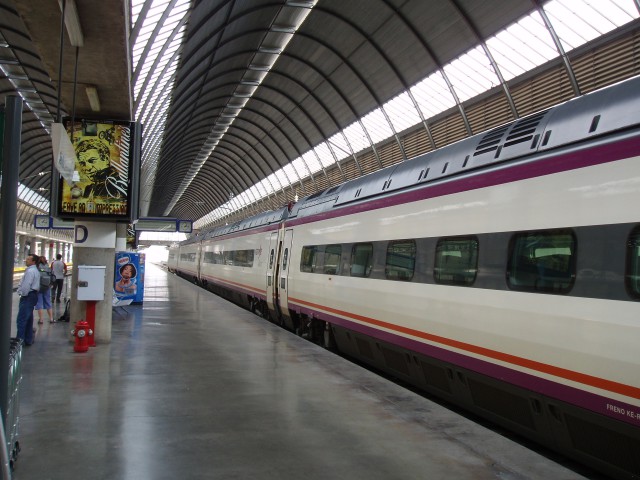 As we fastened our seat belts, we’d never been happier to see a door close on an airplane. We’d arrived at DIA the day before for our two-hour flight to St. Louis for Christmas. Problem was, we were still at DIA — it had been 24 hours of Murphy’s Law. So the last thing we wanted to hear over the intercom was, “Mr. and Mrs. Blitz, please report to the front of the aircraft.” But that’s exactly what we heard. This can’t be good, I thought. They were not calling to give us an upgrade to first class.

In fact, the fun was just beginning. But I’m getting ahead of myself…

Many flights show a “delayed” or “canceled” status. Our 7:18 p.m. flight shows a 9 p.m. departure. It’s extremely crowded. Seats are precious. We scout around and find a corner to settle into.

11:15 p.m. – Finally, we board the plane. Snow is swirling, snowplows plowing. Pilot says don’t be alarmed, we will hear the engines being revved, and they’re trying to “reset some indicators that aren’t reading right.” We wait, we get de-iced.

12:15 a.m. – Pilot makes announcement, says sorry, but due to computer problems they have to scrub the flight; we’re going back as soon as they clear a gate.

1 a.m. – United does not, as they should, have a representative waiting when we get off to answer the questions of tired and frustrated passengers.

Can the problem be fixed quickly? If not, will we be given a complimentary hotel room? What happens in the morning in the way of a replacement flight?

Meanwhile, the pilots deplane and are barraged with questions. One of them tries to calm folks down, says they hope to fix the plane in the morning. People demand to have their luggage unloaded. Pilot says no, they’re not going to do that. One lady turns up the drama, shouting that if she does not make it there tomorrow to have her kids open Christmas presents, it will be “a disaster.”

Anyway, we are at Gate 92, and I recall seeing a United customer service counter around Gate 55. I think, let’s divide and conquer, so I trudge down the terminal while my wife stays at 92 in case somebody from United who knows anything shows up.

1:15 a.m. – After a short wait I get to the counter and tell the agent what flight I was on. She says she would love to help me but can’t. She’s very nice at being useless, though.

My phone rings, and it’s my wife, who says someone from United has shown up and says they will be issuing vouchers at 92, so I walk back. However, upon my return, they announce, “All passengers, please go to customer service for your vouchers.” So I hoof it back to 55.

2 a.m. – About a dozen
of us voucher-bearers arrive at the Aloft hotel via shuttle van. The
clerk at the counter has a stunned look on his face. He says they only
have two rooms left. Why did United send us to a hotel without first
checking if there were enough rooms available? He is helpful, calls the
Marriott next door. They have rooms and will accept our chits. We walk
over.

2:10 a.m. –
The friendly Marriott desk man starts to check us in, then starts
mumbling to himself. He says since the night audit report is running,
the hotel’s computer system is inaccessible, so he does not know which
rooms are occupied and can’t issue any keycards. So we wait. Again.

6 a.m. – I call The Friendly Skies again. Our original flight is officially cancelled, and there is no replacement.

Every
United flight to St. Louis has a huge standby list. They say they can
confirm us on a flight leaving in two days. Our flight back is in three
days, so, of course, this is a joke. They offer to put us on a U.S. Air
flight today connecting in Charlotte. I say, “Are you kidding me? Fly
all the way to the east coast and then back to the Midwest?” The nice
man says you’re right, that makes no sense. He punches more keys and
offers an American Airlines flight via Dallas. OK, so now we fly south
in order to go back north? I have a bad feeling about it, so I say no
thanks (that flight was later cancelled).

6:30
a.m. – We decide to change horses and call Southwest to buy two one-way
tickets on a non-stop leaving at 2 p.m. We catch a few more winks
before checking out.

The weather is clear, but we look at the monitor and our flight shows “delayed” and a 3 p.m. departure. Have we reentered The Twilight Zone? With time to kill and security lines short, instead of going right to our gate we have lunch in the main terminal.

1:40
p.m. – We finish eating and amble over to a departures monitor for an
update. Thing is, we don’t see our flight listed. We scramble over to
Southwest’s counter and show them our boarding passes and ask what
happened to our flight. Evidently the one-hour delay got undelayed, and
the flight had just finished boarding. My wife is beside herself that
we missed this flight.

2
p.m. – The next flight to St. Louis is in a couple of hours, and it’s
full, but we are encouraged to try our luck on standby. We think about
throwing in the towel, but with all this time invested, what’s a couple
more hours? We robotically head off to set up camp near the gate. Idaydream about the superb inter-city high-speed trains we experienced in Europe a few years ago.

3
p.m. – My cell phone rings, and it’s an automated call from Southwest
saying that the flight we are waiting for is delayed, and the departure
time is pushed back an hour. OK, this call is a nifty bit of
technology, but why didn’t I get these calls about our earlier flight?
If I had, we could have wrapped up lunch and not missed the flight once
the change back to the original flight time occurred.

3:30 p.m. – Receive another call that our flight is further delayed.

5:30
p.m. – There’s room for us; we’re getting on the airplane. It’s full,
except for a few middle seats, but they’re the best-looking middle
seats I’ve ever seen.

And
that brings us to the aforementioned, “Please report to the front of
the aircraft.” I think about ignoring the request because I know this
could not be good news. And I also think (more deviously) that
Southwest doesn’t assign seats, so they really don’t know where we are
sitting. Let’s just ignore it. But after a repeated request over the
intercom, reality kicks in, and I comply.

So
I get up to the cockpit and the lead flight attendant says to me, “The
plane is overweight.” They can’t fly unless they remove 500 pounds,
which they calculate as two adults plus their bags, or five children,
and since we were standby passengers, we are lowest on the totem pole.
He says he’s sorry, but we must get off the plane. I tell him we’ve
been trying to fly out for 24 hours and this just isn’t right. I say,
“Look at us! My wife and I combined don’t even add up to 300 pounds.” I
notice empty seats in the back of the plane and ask how the plane can
be over its weight limit if it’s not even full? I ask whether extra
cargo has been loaded or an unusually high number of bags has been
checked in. I ask whether flying to St. Louis is the limit of the
plane’s range? (The answer is no, it can fly farther and carry more
fuel.) So I say, given all that, how can we be over the weight limit?
What I get is, “We’re very sorry, now please get off the plane.”

So
I go back down the aisle, update my wife, open the overhead bins, get
our bags, and we head off. We’re getting a lot of cold stares from
passengers who are blaming us for the delay; maybe they think we’re
some kind of security threat. As we walk by the open cockpit door, I
pause and say to the flight attendants that with the financial problems
of the airline industry in a recession, I can’t believe they’re not
going to find a way to take our $500 and keep us on this plane with
empty seats. A bit melodramatic, but what the hell.

Then,
all of a sudden, the pilot comes out and says to me, “We’re gonna see
if we can do something, wait a minute.” He gives me a wink, he gets on
the phone, and I hear snippets of him talking about flight plans,
altitudes, etc. A couple of minutes later he says, “OK, you can get
back on the plane.” Just like that. The flight attendant chimes in,
“And we’re gonna give you both a free drink.” I’m dumbstruck, but we
waste no time and roll back down the aisle, stash our bags and take our
seats again.

So this dance with
Murphy and his law inspired both a wish for the future and my New
Year’s resolution. My wish? Give me some damn high-speed trains to
travel on in the U.S. I mean, what’s not to like? They create jobs and
economic development. There’s never any turbulence. Everyone has more
legroom, and you can’t hijack and crash them into buildings. And my
resolution? Get the in-laws to visit us next holiday season.

The 850 miles from Denver to St. Louis is longer than the ideal
distance where high-speed trains have a distinct time advantage over
flying. At 165 mph a train would take five hours. A non-stop flight
takes two hours, but add in time getting to/from each airport, plus
time at each airport (security, checking bags, waiting for bags, etc.),
and it sounds better. Bullet trains are ideal for frequent, express
service between major population centers 200 to 600 miles apart.
Punching up DEN-STL on Amtrak.com shows a travel time of 26 hours —
ironically the same amount of time our flying fiasco described here
took.

%uFFFD In 1964 Japan was the first to introduce ‘bullet trains’

%uFFFD France was the next country to introduce high-speed trains.

%uFFFD China has the largest high-speed rail network, at over 3,700 miles

%uFFFD Most high-speed rail systems use electricity for power, so they lessen dependence on petroleum and can be powered by renewable energy sources.