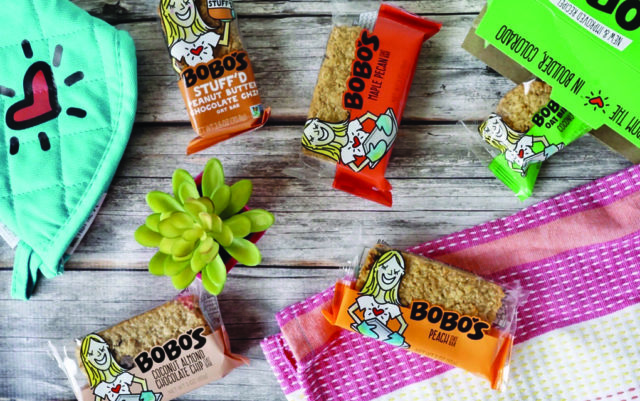 If you ask Beryl Stafford, the founder and CEO of Bobo’s Oat Bars, what makes Boulder County such a fertile crescent for natural food and beverage businesses, she’ll tell you a story from the late 1960s.

“Back then, Boulder was kind of a hotbed for hippies and natural foods,” she says. “But I also think that the university and the mountain culture has had a lot to do with the entrepreneurial spirit here.”

That combination of factors created the perfect conditions to create the natural food and beverage business incubator and accelerator that Boulder County has become.

Stafford says it all started with Mo Siegel and Steve Demos (who started Celestial Seasonings and WhiteWave Foods, respectively) in the late ’60s and early ’70s. When those two Boulder businessmen started carving out this niche, they were unwittingly laying the foundation for decades of natural food and beverage companies to come.

“You can attribute a lot of the success of the natural food industry in Boulder to [Siegel and Demos] … I don’t think it had really been done anywhere else, yet,” Stafford says. “Nobody would eat tofu or drink herbal tea anywhere else in the country but Boulder.”

Siegel and Demos set the stage for other companies to launch, grow and thrive: Wild Oats, Horizon Dairy, Chocolove, Boulder Canyon Authentic Foods, Justin’s Nut Butter and many others. The county’s passion for health-conscious food and drink fueled the growth of these businesses and the natural product scene at large.

Alex Hanifin, the president and board chair of Naturally Boulder and CEO/founder of Alpine Start Foods, says that this is one of the greatest aspects of Boulder’s natural product scene.

“I think it’s why I love Boulder and the food industry,” she says. “It’s not just about a job, it’s about a community. [My colleagues are] much more than just colleagues, they’re friends.”

Hanifin has worked on all sides of Boulder County’s natural product scene. Her first job in the industry was with the Justin’s Nut Butter marketing team, then she was hired by Rudi’s Organic Bakery, then Celestial Seasonings (which was bought by the Haine Celestial Group) and then Boulder Brands (which was bought by Conagra Brands).

After those acquisitions and so much experience in the industry, Hanifin decided it was her turn. In 2016, she started her own local natural food company: Alpine Start Foods.

Her involvement with Naturally Boulder helped position her to get Alpine Start Foods off on the right foot. Naturally Boulder hosts networking events, where entrepreneurs can mingle and network with CEOs of already-successful companies, solicit advice and make connections. Alpine Start Foods similarly runs seminars and education events throughout the year, with rotating topics from ensuring product safety to responsible and regenerative sourcing.

Naturally Boulder works with over 50 different brands, they have 1,200 members, and they are expanding their operations beyond Boulder County and Colorado: they have launched Naturally Bay Area, Naturally Chicago, Naturally Austin and intend on launching a few others, too, says Hanifin.

Naturally Boulder has played an important role in establishing Boulder as a “Silicon Valley” for natural food and beverage businesses — a reputation that has spread far and wide. So much so that some aspiring natural product entrepreneurs, like Ethan Hirshberg, CEO and founder of Ethan’s Functional Shots, actually moved to Boulder County specifically because of the startup community. These are natural product business migrants; enterprising pilgrims come to drink from the well that has sustained and elevated so many before them.

Hirshberg was living in San Francisco working for Harmless Harvest coconut water, when he started tinkering with his own beverage product: an apple cider vinegar health shot.

“I knew what I wanted this brand to become, and I just recognized that [Boulder County] was a great place to do it,” Hirshberg says. Adding, “Not a bad place to live either.”

He showed up, armed only with a few boxes of apple cider vinegar shots, and plunged headlong into the natural food and beverage scene. He went from door to door, business to business, coffee shop to grocery store, gyms to gas stations, selling his functional shots just like Stafford started off selling her Bobo’s Oat Bars; like Koel Thomae starting selling the yogurt that became Noosa; and like Mo Siegel, started selling his homemade herbal teas so many decades ago, before Celestial Seasonings had graced a single grocery store shelf.

Before Hirshberg knew it, Ethan’s Functional Shots was becoming something very real. Hirshberg was realizing his vision: he earned a few local contracts, leased some office space on Pearl Street with Bhakti Chai (another national brand that formed locally), and then he started hiring employees.

“We’ve expanded to hire different retailers, we’re growing our online business, and we’re expanding products. It’s really been kind of like an all-out blitz of growth,” Hirshberg says. “The Boulder natural food and beverage scene has just been really receptive; a really welcoming, helpful community for us to grow this business.”

Today, Ethan’s Shots are carried in all 50 states, in 3,000 different stores around the country.

“I’ve noticed, for whatever reason, people here just have a real sense of community and pride that Boulder is sort of like the industry leader,” Hirshberg says. People in the industry are generous with their time, he says, and often offer mentorship to younger, up-and-coming business leaders.

It’s a perfect confluence of factors that has made Boulder County a flashpoint for these businesses: the inherent health-conscious mindset of the people, the entrepreneurial spirit of the town itself, natural product business accelerators like Naturally Boulder and the support and mentorship of the natural product community.

It still takes drive, passion, tenacity and a lot of hard work. But, with some determination, there are few better places to grow a natural product business.

“I always say you have to be the most humble, the most hungry, and work the hardest in the room,” Stafford from Bobo’s says. “You have to live and die and breathe this business if you want to make a success of it. Don’t listen to naysayers. Surround yourself with positive people and ask a lot of questions,” she advises, adding, thoughtfully, “And in a practical sense: Sell, sell, sell.”