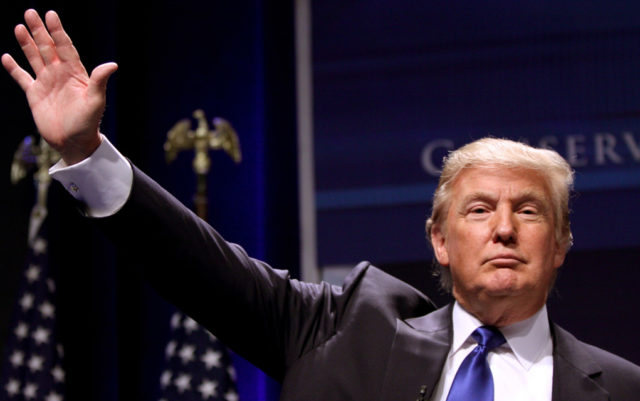 Recently, former CNN anchor Soledad O’Brien said the network and other news outlets are “normalizing” white supremacists in their coverage of Donald Trump. Hillary Clinton gave a factually-based and lawyerly speech about the “alt-right” in which she said Trump had a campaign based on “prejudice and paranoia” and that he is “taking hate groups mainstream.” Trump responded by calling Clinton “a bigot” without offering any evidence. Media outlets turned the controversy into a name-calling cat fight about the candidates calling each other racist.

O’Brien was concerned about the long-term impact of this kind of shallow coverage: “If there’s any lesson to be learned, it’s, ‘Wow, so over-the-top hateful speech brings a really interested, angry audience. This is genius. We should do this more often. What shall we do when this election is over? We’re going to have to think about ways to really rile people up, make them angry, and divide them.’ Because that is something that I think cable news, frankly, and everybody can cover really well.”

Trump regularly retweets the memes and messages of the alt-right. His campaign CEO Stephen Bannon was the former executive chairman of the rightwing website Breitbart News, which he once described as “the platform of the alt-right.” He is a former Goldman Sachs banker, media executive and filmmaker.

In September, the alt-right scheduled a press conference at the National Press Club in Washington, D.C. But the conference was cancelled over security concerns. Reporters covering the event were told that it had been moved to a secret location. They were instructed to go to the entrance of the Old Ebbitt Grill, near the White House. They were to look for a man in a charcoal suit and brown tie who would reveal the new location, which turned out to be the Willard Hotel around the corner.

Richard Spencer, who heads a white nationalist think tank called the National Policy Institute, told the audience, “We are, from what we can tell, the first guests [of the National Press Club] that have been censored for what is clearly ideological reasons.” Spencer said: “I don’t think the best way of understanding the alt-right is strictly in terms of policy. I think metapolitics is more important than politics. I think big ideas are more important than policies,” he said. “If the alt-right were in power,” he argued, “we all would have arrived here via magnetic levitation trains. We would have passed by great forests and beautiful images of blond women in a wheat field with their hands, running them through the wheat.”

The ultimate ideal would be a world divided into ethno-states so that white people could have a “homeland.”

Spencer said that a good mantra that encapsulates the beliefs of the alt-right is that “race is real, race matters, and race is the foundation of identity. You can’t understand who you are without race.” The refugee crisis in Europe, he said, by way of illustration, “is something like a world war, something like a race war.”

Spencer introduced another speaker named Peter Brimelow, the founder of the website VDARE.com, which the Southern Poverty Law Center describes as an “immigrant-bashing hate site that regularly publishes works by white supremacists, anti-Semites, and others on the radical right.”

The next speaker was Jared Taylor, a self-described “race realist” and editor of the white supremacist site American Renaissance, who said the white race is superior to all others except East Asians. He said there is a reason that Haiti and Africa are both poor — they are inhabited by black people. “Does anyone in this room really think that differences between pygmies, Danes and Australian aborigines are just social constructs?” Taylor asked. “Really? This idea is so stupid that only very intelligent people could believe it.”
There was disagreement about whether Jews would be allowed into the white utopian homeland. Spencer argued that they aren’t “European” and should live in their own ethno-state. Taylor disagreed, saying that Jews were OK if they identified “with the West and with Europe.”

The alt-rightists at the conference were attracted to Trump because of his immigration proposals and the Muslim ban. But Spencer emphasized that “it’s about style over substance … the fact that he’s willing to confront his enemies, especially on the left … you look at that and think, ‘This is what a leader looks like, this is what we want.’”
Spencer said, “We live in a fragmented, decaying society. We live in a society of moral degeneracy. We’re going to fight our way out of it, and sometimes that means using the tools at hand [like Trump]. It’s going to mean unleashing a little chaos.”
The alt-right is invigorated and growing. If Trump is elected, they will have an ally in the White House.