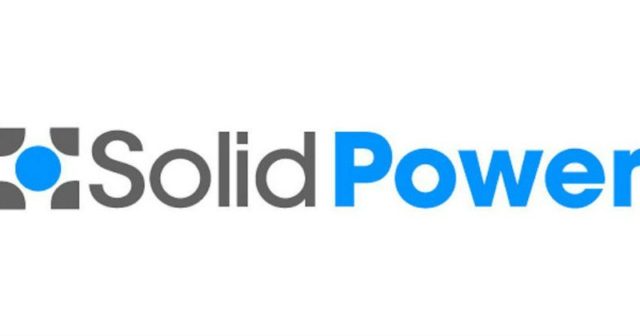 This could be huge.

Let’s hope it is.

There’s a startup company in Louisville that started registering on the radar this week. Its name is Solid Power and its game is batteries. Rechargable solid state batteries.

A couple days ago, Solid Power announced that it had closed a $20 million Series A investment round. The investors included Hyundai, Samsumg, chemical producer Solvay, Chinese battery producer A123 Systems, and Japan-based Sanoh Industrial Co. A123 Systems made an earlier investment in Solid Power, as did BMW.

A solid state battery may not sound like the most exciting product in the world, but in this case it is. That’s because one of the biggest barriers to switching from a civilization powered by oil, coal and natural gas to one powered by electricity is inadequate batteries — and because Solid Power’s batteries hold two to three times as much energy as the best lithium-ion batteries. The latter represent state-of-the-art among commercially available rechargeable batteries.

For example, auto companies currently struggle to produce electric cars that get 200 to 250 miles to a charge, and computer makers have a hard time producing portables with enough power to last through a workday. Solid Power’s batteries could make it possible for an electric car to run for more than 700 miles on a single charge and for computers to be used for two or three days without recharging.

Similar transformative changes can occur in any product that uses battery power, from power tools to drones to grid-scale battery farms that store solar and wind generated power for use when the sun doesn’t shine and the wind doesn’t blow.

2) Substantially improved safety due to the elimination of the volatile, flammable and corrosive liquid electrolyte used in lithium-ion batteries.

3) Lower-cost battery-pack designs made possible by the elimination of pack cooling required by lithium-ion battery packs used in cars.

The last means Solid Power’s batteries could be made with existing lithium-ion battery production technologies, which the company sees as giving it a major edge over other companies pursuing solid-state battery technologies.

Solid Power will use the $20 million it raised to scale-up production via a roll-to-roll system, which will be fully constructed and installed by the end of 2018 and fully operational in 2019. The facility will have the capacity to produce about 10 megawatt-hours of batteries per year, according to Industry Week, a trade publication. That’s enough for potential customers to validate the company’s technology, according to Solid’s co-founder and CEO Doug Campbell.

Solid Power was founded in 2012 to commercialize technology developed at CU-Boulder by mechanical engineering professors Conrad Stoldt and Sehee Lee.

Campbell said his company is “at the center of the ‘electrification of everything’ with ASSB (all solid state battery) technology emerging as the clear leader in ‘post lithium-ion technologies.’

“Solid-state batteries are a game changer for EV (electric vehicle), electronics, defense and medical device markets, and Solid Power’s technology is poised to revolutionize the industry with a competitive product paying special attention to safety, performance and cost,” he added.

So what could possibly go wrong?

All sorts of stuff, of course. Scaling up manufacturing is easier said than done, as Elon Musk will tell you after spending a year in “manufacturing hell” as Tesla struggled to reach a production rate of 5,000 units per week for its Model 3 sedan.

And for a cautionary tale closer to home, there’s the case of Abound Solar, a company that spent 16 years developing a highly automated process for making cadmium telluride solar cells by applying a micron-thin layer of cadmium and telluride to glass.

With Abound’s process, every 30 seconds a 2-by-4–foot glass panel would enter the production line, and two hours later would emerge as part of a solar module. When everything was working properly, that is.

Abound ended up filing for Chapter 7 bankruptcy, despite having access to a $400 million loan guarantee that it had been awarded by the Obama administration, and leaving behind a cadmium contaminated production facility in Weld County that would require a multi-million clean-up.

In order to compete successfully with lithium-ion battery makers and with other companies racing to produce solid state batteries, Solid Power will have to do more than produce a product with two or three times the energy density of lithium-ion technology. Energy density is a measure of how many watts of electricity can be held by a given mass of a battery. Solid Power will also have to produce a product with a competitive power density, which is a measure of how fast electricity can be discharged from the battery when it’s needed.

It will also need to produce a battery that, among other things, can hold its charge in below zero and above 120  degree temperatures, can be charged and discharged hundreds if not thousands of times without degrading, and will last for the life of a car — say 10 years.

That’s a hell of a challenge. But the fact that several major companies are willing to put a little skin in the game is a good sign.

Wish it well. If Solid Power is able to pull it off, it will change the world.