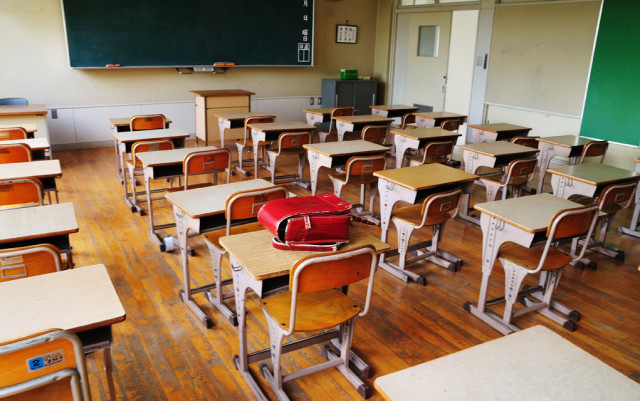 If you’re still confused over the firing of former Boulder Valley School District (BVSD) superintendent Bruce Messinger, it really isn’t your fault. The BVSD Board of Education (BOE) has been so concerned with secrecy in the matter that nobody would know anything if this newspaper hadn’t gotten at least some of the information out (see “Inside the Turmoil at BVSD,” July 13).

There are good reasons for why discussions that take place in executive session are kept secret. The intention — in cases such as this one — is to help assure that the careers of accusers or those accused of wrongdoing don’t get negatively impacted by allegations that may or may not be true or completely accurate. But it is a process ripe with the potential for abuse when those calling to move an investigation behind the wall of secrecy provided by executive session may be guilty themselves. I believe that is what has happened in this case.

As BW previously reported, the BOE’s investigation into Messinger was in response to a complaint brought to the Board’s attention by Leslie Arnold, a high-ranking BVSD administrator who has since left her position, though, as part of her settlement with the district, she will continue to be paid for the next year. But this was not the first complaint against Messinger that the BOE had been made aware of, nor was it the first time that Arnold had attempted to make her concerns known to the Board.

For two years, members of this school board have been aware of very serious complaints regarding Messinger’s behavior. There were allegations two years ago by another high-ranking administrator, which the BOE chose not to investigate despite their own policy guidelines requiring an investigation even if the accuser refuses to file a formal complaint. In other words, the Board can’t pretend not to know what it knows once it has been made aware of a serious allegation. As previously reported, the Board failed to investigate these earlier claims, allegedly based on legal advice it received. Assuming that this legal advice was coming from someone presumably getting paid under the authority of the superintendent, the BOE should have considered this an obvious conflict of interest and sought outside advice.

In July, Messinger told BW, “This is my 39th year in my profession, 20 years as a superintendent. I have never had any investigations, any allegations. I have had only glowing evaluations.”

Frankly, it’s hard to believe that not one member of the school board could even be bothered to share such information with the man heading the organization they were elected to oversee.

It simply defies all logic, considering the very serious nature of the complaint. I won’t spell out the nature of the allegations here, not because I don’t know the information, but because it should be up to the person claiming to have been victimized to place their own story into the public sphere.

And then there is the mysterious case of Messinger’s 2016 performance evaluation. As reported by BW, sources say that Leslie Arnold told the woman doing the evaluation for The Trispective Group, the vendor hired by the District to perform the evaluation, about Messinger’s behavior toward her. This was the same behavior Arnold eventually brought to the Board’s attention months later and that ultimately led to the full investigation, Arnold’s settlement and the District’s decision to part ways with Messinger. Sources also claim that the evaluator was told about the complaints from two years ago as well.

The glowing evaluation that was eventually made public did not contain anything about Arnold’s accusations or the accusations from two years ago. So was this very negative information scrubbed by the evaluator and/or her company for some reason, or was it provided to the BOE who then made the decision not to include it?

I’d be able to answer this critical question if such information weren’t hiding behind the BOE’s wall of secrecy provided by its convenient and prolific use of executive session and its interpretation of policies on discussing personnel issues.

It’s time for the mystery and finger pointing to end. Somebody has to pay the price for these two years of incompetent, irresponsible and potentially even dangerous oversight of BVSD.

I think it’s time for all those who are still on the Board from two years ago and who chose not to even pursue an investigation into the alleged behavior issues concerning Messinger made known to them at that time, to step down.

I think that an outside investigation into the legal advice that the Board received two years ago, which allegedly encouraged them not to launch an investigation of the superintendent at that time, needs to happen as soon as possible. In addition, an investigation into how complaints about Messigner were excluded or removed from his 2016 evaluation needs to be similarly conducted in a timely fashion and those responsible need to be held accountable and asked to step down.

Because in the end, the lack of action and concern for BVSD employees exhibited by members of this Board over the past two years may well be responsible for the pain caused to Leslie Arnold and who knows who else.

Over the past three weeks, BW’s email and phone lines have been filled with BVSD employees describing what they claim is a system-wide atmosphere of fear and retaliation. The problems plaguing BVSD have not gone away and there is little evidence that those who were willing to overlook problems in the past will be able to see and solve them now.

I’m not claiming that Bruce Messinger did anything wrong because only those who were included in the Board’s 14 rounds of executive session and who saw the final report from the investigators could possibly know and maybe not even them. Such things are rarely clear-cut.

What I am sure of is that the BVSD Board of Education, at least some members, are responsible for the current turmoil because they have repeatedly failed to take proper action on complaints known to them about the former superintendent’s alleged poor behavior.

Would they have found any merit to the earlier complaints? Can’t say. But if so, could that have prevented the subsequent complaints? We will never know because nothing was done until this year when Leslie Arnold rallied the courage to come forward… again.

BVSD is important to our children. The Board members who chose to do nothing two years ago and again in 2016 need to step down for the sake of the kids. They have no business being involved in the selection of the next leader of this school district. The Board’s crime was not covering up what it knew. Its guilt stems from its choosing not to know.

I’m confident the whole truth is going to come out sooner rather than later, and each member of the Board knows exactly what that will mean for them. I think it would be best for all involved to come out from behind the wall of secrecy before that happens.