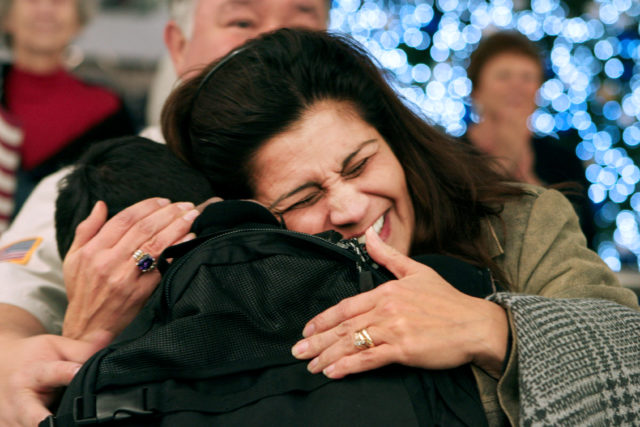 It is historical fact that millions of people have come to the U.S. to create new lives in freedom. Immigration is the origin of our history as a country. Our federal government did not even keep immigration records until 1820.

The bedrock of U.S. growth and prosperity is immigration, and for nearly 30 years the priority has been family reunification. The Immigration Act of 1990, the most comprehensive overhaul of our immigration system since 1965, was passed with bipartisan support and signed into law by President George H.W. Bush. Under President Bush, over 475,000 refugees were welcomed and family reunification was prioritized by expanding the number of family-based visas allotted per year. Today, chain migration has replaced family reunification as a term describing the process of allowing legal immigrants to apply for relatives abroad to come to the U.S.

Families of every type are the foundation of strong communities across the globe. As a rule, families provide mutual support to their members, sharing culture, customs, language and traditions, and providing discipline and guidance to young members and support elders or ill members in need.

International migration is not new.  The process can separate families as members seek adventure, economic possibility, safety or love. Sometimes entire families move together, but often young men or women migrate seeking to secure a foothold of employment and stability before bringing along their sweethearts, wives, parents, siblings or children.

The current family-based immigration system was established by the Immigration and Nationality Act of 1965 (INA of 1965) as an end to the national origin quotas that dated back to the Chinese Exclusion Act of 1882 and heavily favored immigrants from Northern and Western Europe. Family reunification has a positive impact on individuals and the communities in which they live and is a cornerstone of our country, the country built by immigrants. According to media reports, President Trump benefits from family reunification as his in-laws followed to join his wife and surely support the culture, custom and traditions of the family by living in close proximity to their daughter and grandson.

Lately, family-based immigration has been replaced by the language of “chain migration” as a deficit in our immigration system and a burden to our communities. House Judiciary Chairman Robert W. Goodlatte (R-Virginia) said, “Chain migration takes away from the United States the ability to choose people to come to this country based on who are most needed here and to do a better vetting process than we do now.” I believe we are indeed choosing separated family members to be reunited because family is the foundation of a strong community and country. Family reunification policies reflect our country’s values and are the secret recipe to our success.

Immigration based on family reunification is a national asset, not a burden and changes to this focus of the Immigration Act of 1990 are not needed. Recognizing the humanity of immigrants includes having respect for their families.

Stacie Blake is Director of Government and Community Relations at the U.S. Committee for Refugees and Immigrants.