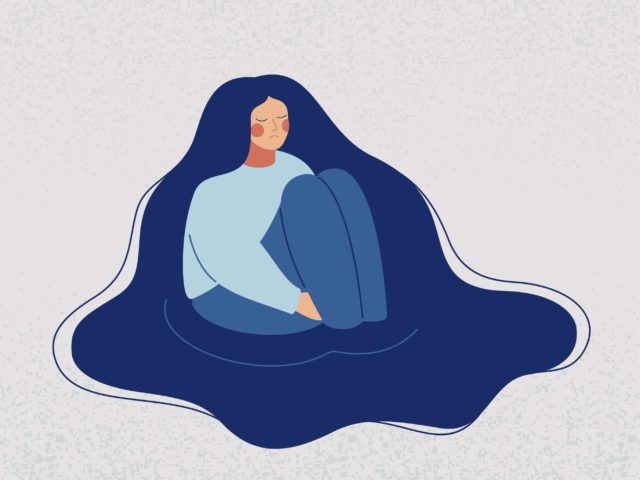 Dr. Jennifer Matheson knew immediately when the COVID-19 pandemic hit that feelings of anxiety, fear and loneliness would explode.

“The fact that social isolating and distancing would be a major disease mitigation strategy told me this would become a grief event in and of itself,” says Matheson, a grief and loss specialist based in Longmont.

The evolution of grief diagnoses

Treating more extreme forms of grief is not a new concept. For years, mental health professionals have used the term “complicated grief” to diagnose and structure grief treatment. The Mayo Clinic defines “complicated grief” as occurring when “the intensity of grief has not decreased in the months after your loved one’s death,” with some mental health professionals using parameters of “intense, persistent and debilitating” grief lasting over a year to determine a diagnosis.

Complicated grief, although legitimized through academic research and acceptance by some in the mental health community, was never included in the Diagnostic and Statistical Manual of Mental Disorders, or the DSM, a textbook published by the APA that’s widely accepted as a tool for psychiatrists and mental health professionals to define and classify mental disorders, offering the field a common language and research platform. The fifth edition of the DSM, or the DSM-5, was released in 2013, with revisions, including PGD, published on March 18, 2022.

Whether or not a disorder is included in the DSM can influence a patient’s treatment experience; for example, when disorders are in the DSM, clinicians have more pathways to bill insurance companies for treatment.

Previous versions of the DSM provided some details about grief—in the DSM-5, “uncomplicated bereavement” is “a normal reaction to the death of a loved one” that comes with its own insurance code, but is specifically excluded as a mental disorder.

That’s changed with the latest DSM revision, leaving a largely skeptical mental health professional community to make sense of PGD. The revised DSM reclassifies intense grief as a mental disorder in its own right. PGD can occur when an individual experiences “intense longings for the deceased or preoccupation with thoughts of the deceased,” and is marked by symptoms including identity disruption, difficulty moving on with life, and emotional numbness.

“PGD is the only grief diagnosis in the DSM,” says Matheson, “so it provides a framework for clinicians to diagnose a very specific set of severe, non-normative symptoms after the loss of a significant other.”

Each disorder in the DSM is linked to a diagnostic code. While practitioners don’t need a code to provide treatment, insurance companies require these codes to reimburse patients for treatment, possibly guiding a clinician’s treatment plan.

Jackie Ashley, a licensed professional counselor, says the new PGD diagnosis won’t impact her practice very much. “It’s just psychoeducation for people. I will let [my patients] know,” but “because I don’t [need to] diagnose [in order to administer treatments], it’s not really going to impact me.”

Ashley specializes in equine-facilitated psychotherapy at her Longmont-based practice and shares a sentiment many mental health professionals echo: “There are many things that are diagnosed that are fundamentally basic human experiences, and grief, loss, bereavement, is one of those.”

One risk of labeling grief as a disorder is the potential for “misdiagnosis or overdiagnosis of normative grief as PGD,” says Matheson. “Research suggests that roughly 85% of people never need professional intervention for grief,” and mis- or overdiagnosis could lead to an “under-appreciation of the actual diagnosis in the population.” Furthermore, PGD can introduce a label that for some patients can be stigmatizing. “Pathologizing any set of symptoms can carry a risk of [patients] adopting a negative self-perception … at a time when their sense of self may already be ruptured and distorted.”

The medicalization of grief

One statement found in the 2013 DSM-5’s overview of depressive disorders has drawn much attention over the years: “Bereavement-related depression tends to occur in persons with other vulnerabilities to depressive disorders, and recovery may be facilitated by antidepressant treatment.”

Dr. Lisa Cosgrove, professor and faculty fellow at the Applied Ethics Center, University of Massachusetts-Boston, says such a statement “should not have been in there because [the DSM is] a psychiatric taxonomy and not a clinical practice guideline.”

In the revised DSM, the first part of this statement is kept nearly verbatim, nixing any suggestion of treatment. In lieu of an explanation, the APA issued a statement saying that the sentence was never intended to be in the volume in the first place.

The addition of PGD as a mental disorder may further medicalize grief by ingraining grief treatment into the insurance industry, which Cosgrove says adds risks of implicit bias, as it may “prime one to be thinking in a way that’s ‘industry friendly’”—referencing pharmaceutical and medical device industries.

To help patients cover treatment costs under DSM-5 codes, some mental health professionals diagnosed patients with depression even if they were struggling primarily with grief. Doing this, however, meant operating under the insurance’s definition of the claimed disorder, limiting patients to insurance-approved treatment modalities. Another option was to forgo insurance entirely, shifting the burden of payment onto the patient.

Now insurance carriers may reimburse for PGD treatments, and, in some ways, this further complicates treatment, says Dr. Matthew Jones, a Denver-based licensed psychologist. “Insurance companies request full chart audits and reviews to justify covering mental health services, which is invasive of the patient’s confidentiality and, to be transparent, is often a major hassle for clinicians—as is the extra work of calling to correct rejected claims,” he explains.

For non-insured patients, mental health professionals can “[accept] payment on a per-session basis, which may or may not include a diagnosis,” and thus may or may not be covered by insurance anyway, he says. This is in sharp contrast to treatments that go through insurance companies, where steps include “requesting preauthorization for treatment, requiring diagnoses, denying claims, and restricting how long a diagnosis is covered,” Jones adds.

The complexity of insurance acceptance may “lead quality therapists to move away from accepting insurance in low-reimbursing states like Colorado,” Jones says. In a recent Twitter thread, Jones claimed that “clinicians with similar credentials and experience in my area make between $50 and $100 more PER HOUR [sic] when clients pay versus when insurance pays.”

What does PGD mean for patients?

Beyond financial management, patients may see benefits in clinical management as well. Jennifer Key, a licensed clinical social worker in Boulder County, says grief treatment is trending toward more public education, which, overall, benefits society: “Historically, changes in the DSM have resulted in greater awareness for not only providers, but the general public, and with greater awareness comes greater attention to detail in treatment plans and treatment tools.”

Key says it could manifest as “people [feeling] more comfortable in owning their grief process and seeking the help they need.”

But as lived experiences unfold and the economics of the care industry shift, time will be the ultimate influencer of what it means to grieve.