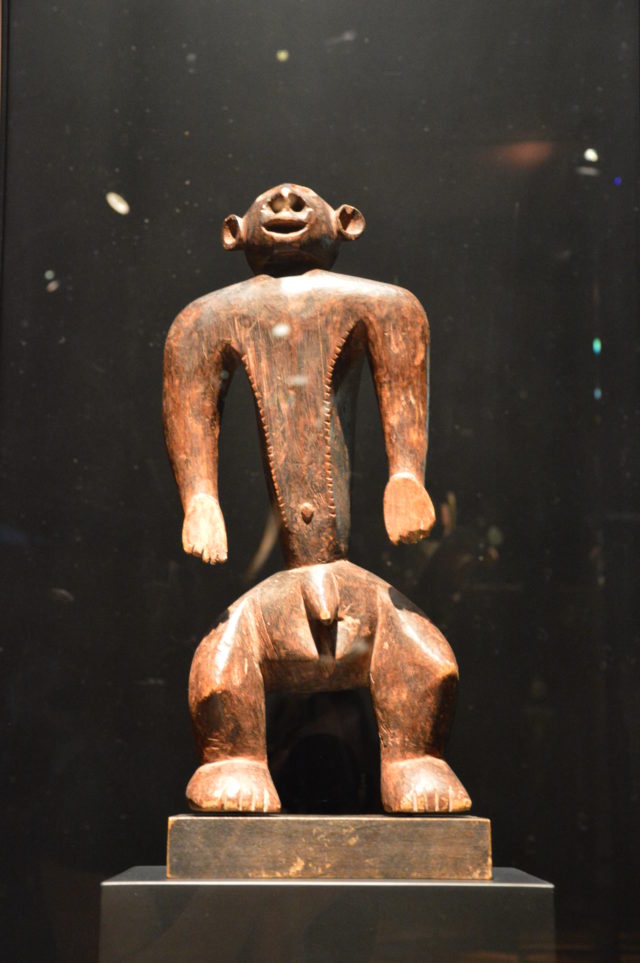 What’s the first thought that pops into your head when you hear the term “toxic masculinity”?

Perhaps it’s one of many mass shootings perpetrated by deranged young men, ranging from the Pulse Nightclub in Orlando, to the Aurora theater, to the 2014 Isla Vista killings where six people were murdered and 14 injured.

Or maybe it’s Donald Trump, the subject of many articles and opinion pieces linking him to the phrase, including a recent one by Erin Gloria Ryan, senior editor for The Daily Beast, who writes that “the President’s budget, like everything he talks about, play[s] into his conception of over-the-top manliness.”

However, many of those exploring the concept of toxic masculinity believe the most common traits aren’t necessarily the extremes of physical violence or the abuse of political power, but, as a recent piece in Salon puts it, everyday behaviors “geared towards dominance and control.”

On March 15, as part of the University of Colorado Boulder’s Dialogue and Healing Series, Jimmy McLeod, outreach coordinator and career counselor, and Mario Flores, assistant coordinator and success advisor of the First Generation Scholarship Program with the Cultural Unity and Engagement Center, facilitated a session called “Examining Toxic Masculinity.”

The purpose of the session, according to McLeod, was to approach the “societal privilege of being perceived as masculine from a more critical lens.” (“Stop Apologizing,” the next installment in the Dialogue and Healing Series, will be held on April 19 followed by “Communicating Across the Political Divide” on April 25.)

“Toxic masculinity is a symptom of male privilege,” Flores says. “Because of this, men don’t often see their behaviors as toxic. It takes self-reflection and self-understanding to unpack one’s behaviors and develop the consciousness to present their masculinity in a more healthy manner.”

After a brief introduction by McLeod and Flores, the 14 attendees — only three of whom were men — broke up into small groups and approached one of six stations, each featuring a large piece of paper including a prompt, such as, “____ taught me that to be a man, you have to ____.”

The participants took a few minutes to write down words and phrases in response to the prompts, rotated to the next several stations, and once back at their original spots, shared the findings with the group.

“What is the most toxic element of (your) masculinity?” elicited dozens of answers including, “bro culture,” “shaming of weakness,” “objectifying male gaze” directed at women, “bottom shaming” among homosexuals and “violence.”

When asked to define “masculinity,” participants identified positive traits such as “provider,” “protective” and “supportive,” as well as negatives ones like “arrogance,” “don’t express feelings” and “superficial.”

The idea that masculinity should only apply to men, cisgender or otherwise, was identified as one of many “obstructions to the concept of masculinity.”

“Too often we observe gender as binary, meaning one’s gender identity is either masculine or feminine,” McLeod explains.

To the contrary, McLeod’s definition of healthy masculinity is the ability to “exist safely and confidently along the gender identity spectrum, without fear of persecution or judgment from outside societal entities.”

Haylie Petrick attended the session to inform her current work as a pre-health advisor at CU Boulder and her future role as a physician. What stood out to her most is how outside influences, such as parents, teachers and significant others, may play a role in fostering certain behavior traits in an individual.

The session inspired Petrick to “reflect on my own behavior and how my actions and words may be promoting or deterring toxic masculinity.”

Bryan Day, board member of Rocky Mountain MRA, a men’s rights group with members throughout the Denver metro-area and Boulder, thinks the term toxic masculinity is a “poor label” for the behaviors exhibited by some men.

While acknowledging that there is “such a thing, probably, as men who are toxic,” Day feels the discussion can easily come across as a condemnation of masculinity — and, therefore, men in general — even when that’s not the intention.

Day says the critique also frequently comes from members of the upper middle class “criticizing people with less privilege,” often low-income men who, because of their economic and social struggles, may have developed certain behavior traits as a kind of protective armor.

He fears this approach not only isn’t helpful, it may actually be making things worse. “If someone is being told from above that they’re garbage, that foments resentment,” he says. “It doesn’t promote understanding at all.”

He thinks compassion is necessary for getting to the bottom of why some men behave the way they do, since certain antisocial behaviors are often an “emotional response to a lot of the burdens that are placed on men.”

Day’s beliefs align with at least one participant’s description of toxic masculinity, specifically, the idea of “being held to an insurmountable idea of ‘man.’”

For instance, Flores points out that a lot of the negative aspects of traditionally masculine behavior are “presented to men through media, such as music and movies.”

Similarly, McLeod notes that an effort to “fit in” with certain male-dominated spaces, such as some sports teams, can result in “problematic language and ideology within that space that enforces toxic masculinity.”

“Behaviors that drift outside of the rugged, tough male are called out,” Flores says. “At that point, a male-identified person can either realign their behaviors or be ostracized.”

If pressure to be “one of the guys” can foster toxic behaviors, what about efforts to catch the eye of that special someone?

Indeed, “aggressive,” “protector” and “tough guy” were among participants’ responses to the question, “Elements of masculinity identified by folks who are not male identified?”

It turns out that a “high percentage [of heterosexual women are] buying those stereotypes … following along what mainstream media conditions them to want in a partner,” says Chris DeCicco, co-founder of Evolve Dating Gurus, a Boulder-based dating service.

While Evolve’s work caters to “conscious, heart-centered” people, DeCicco admits that many women are “turned on by a man who’s a leader, somebody who can take charge, somebody who gets things done, can rally the troops, you could say dominant or alpha.”

“But then that goes into the area of toxic masculinity, how far somebody takes that role,” he says, stressing that it’s up to men to be accountable for their own behavior.

While it would not only be unfair but also foolish to blame women for the worst traits of masculinity — some of which cause women untold suffering —could sexual pressures be at least one factor in the equation?

Petrick believes that some women are “likely to be attracted to a man who embodies her ideals surrounding masculinity, whether those are healthy or toxic. If any of those behaviors are toxic then she is only reinforcing those behaviors.”

In fact, a review of recent science brings up numerous studies concluding that, during the most fertile days of their menstrual cycle, many heterosexual women prefer “aggressive” men who show “competitiveness” and “dominance,” translating those particular traits into markers of genetic fitness.

According to Day, that’s a reason “why men are so competitive … there’s no guarantee that a man will have kids if he doesn’t provide for someone enough that they feel safety.”

Eventually, an investigation into the concept of toxic masculinity begs the question: What about toxic femininity?

Petrick sees toxic femininity as the “exact opposite of the characteristics of toxic masculinity,” including such traits as being “overly emotional and/or submissive.”

In her book, Talking the Walk, the Grassroots Language of Feminism, author Marilyn Casselman defines toxic femininity as “debilitating exaggerations of overdone female appearance and behavior.”

Casselman’s argument is that some of the negative traits displayed by women are the result of male influence. “Femininity is just another item in the long list of women’s attributes that have been colonized by the male,” she writes, attributes which can include “passive traits and sexual availability.”

What if the tendency of men to aspire to the masculine stereotype of the aggressive breadwinner and women to conform to the feminine stereotype of passive eye-candy, are merely instincts left over from when survival was humanity’s primary concern?

If so, then is making an effort to fix our own “toxic” behaviors, and stop encouraging them in others, the antidote?