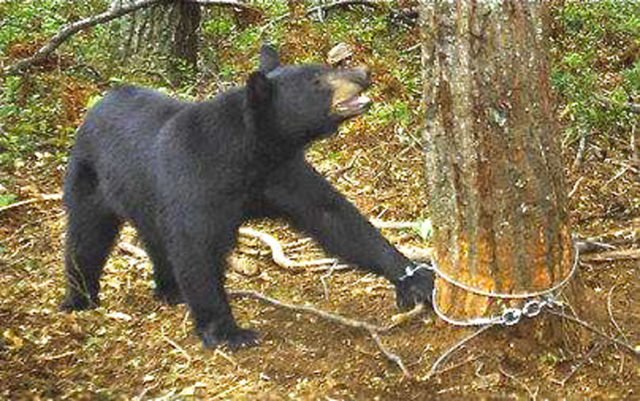 On March 8, the Humane Society of the United States, the Center for Biological Diversity and WildEarth Guardians sued the U.S. Fish and Wildlife Service for alleged violations of the National Environmental Policy Act (NEPA). The suit claims that federal environmental requirements were bypassed in funding and facilitating Colorado Parks and Wildlife’s (CPW) Piceance Basin and Upper Arkansas River Predator Control Plans, which mandate the killing of black bears and mountain lions in an effort to boost mule deer populations on the West Slope of Colorado. The U.S. Fish and Wildlife Service (FWS) issued a grant covering 75 percent, or $3.43 million, of the total project cost of CPW’s two plans. The federal money used for this grant is specifically intended for wildlife restoration purposes and is derived from excise taxes collected on purchases of hunting and shooting equipment.

The U.S. FWS’s funding of CPW’s plans is a federal action which requires the agency to comply with NEPA in determining whether or not the plans are a legitimate use of federal wildlife restoration funding. But instead of conducting its own Environmental Assessment (EA), the U.S. FWS adopted the portion of the U.S. Department of Agriculture-Wildlife Services’ EA covering CPW’s predator control plans. (The Department of Agriculture-Wildlife Services is an agency separate from the U.S. FWS.) The U.S. FWS subsequently issued a Finding of No Significant Impact (FONSI) letter for the predator plans a month later, granting CPW its requested funds. This FONSI letter made no mention of negative impacts to habitat by oil and gas extraction in the areas.

The three organizations legally challenging the predator plans allege the U.S. FWS’s actions in this case constitute a violation of federal law. According to Andrea Santarsiere, senior attorney for the Center for Biological Diversity, in order to adopt the Agriculture Department’s EA properly, the U.S. FWS would have had to circulate the document for public comment, which they didn’t do. And even if they did adopt it properly, Santarsiere notes, “they also adopted all the flaws that come with that EA, and we think there are quite a few of them just in terms of the scant environmental analysis that’s in there.”

Practically speaking, public comment for the Department of Agriculture-Wildlife Services’ EA was for its proposed work in the entire state of Colorado and not just for CPW’s predator control plans. As a result, members of the public likely didn’t know they could have commented on the U.S. FWS’s issuing of a grant that would ultimately result in the killing of mountain lions and bears.

As previously reported in BW’s “Off Target” series, the EA in question was the target of a separate lawsuit filed in April 2017, also by the Center for Biological Diversity and WildEarth Guardians, which resulted in the Department of Agriculture-Wildlife Services being required to complete a new EA. If analysis of the new assessment should determine a “Finding of Significance,” the next step would be to require the agency to complete a full Environmental Impact Statement (EIS). Until all of this is determined, the agency is prohibited from assisting CPW with its predator plans.

The new draft EA was issued in December 2017 and its comment period recently closed after garnering 533 comments. All parties are now waiting for the final EA and its findings. According to court documents, Wildlife Services must issue a final EA or a plan to complete a full EIS by Aug. 1, 2018.

The new lawsuit stems from all this newly required work based on the originally flawed EA. In other words, if the Department of Agriculture-Wildlife Services was required to start over with its EA process and analysis, then the U.S. FWS, which issued its grant based on the original flawed EA’s findings, must also go back to square one and reconsider its funding based on the new EA or completed EIS should one be required.

The U.S. FWS’s FONSI letter also notes the estimated number of black bears and mountain lions targeted for killing by CPW and Wildlife Services “increased slightly” for the Piceance plan from those in the original EA. The upper limit of CPW’s kill quotas of 10-20 bears and 5-10 lions per year increased to 25 bears and 15 lions per year. The letter goes on to claim that these increases “are still well below the sustainable harvest level for each species.” As for the Upper Arkansas River plan, the U.S. FWS’s FONSI letter notes changes from the original EA regarding the timing of killing mountain lions. However, these are changes Santarsiere thinks would require the U.S. FWS to have completed a supplemental EA before making the determination, which it failed to do.

Santarsiere says the U.S. FWS is funding CPW’s proposals that are not scientifically sound and without sufficient environmental analysis. Plus the public has never been given an opportunity to weigh in on the determination.

In a joint press release, the advocacy and conservation organizations take aim at the oil and gas industry for causing mule deer populations to struggle. According to Stuart Wilcox, staff attorney for WildEarth Guardians based in Denver, the U.S. FWS authorizing the use of millions of public dollars meant to promote wildlife restoration to kill Colorado’s black bears and mountain lions is outrageous. “Scapegoating species key to ensuring Colorado’s ecosystems remain resilient because the state wants to ignore the true impacts of the filthy fossil fuel industry adds insult to injury,” Wilcox says.