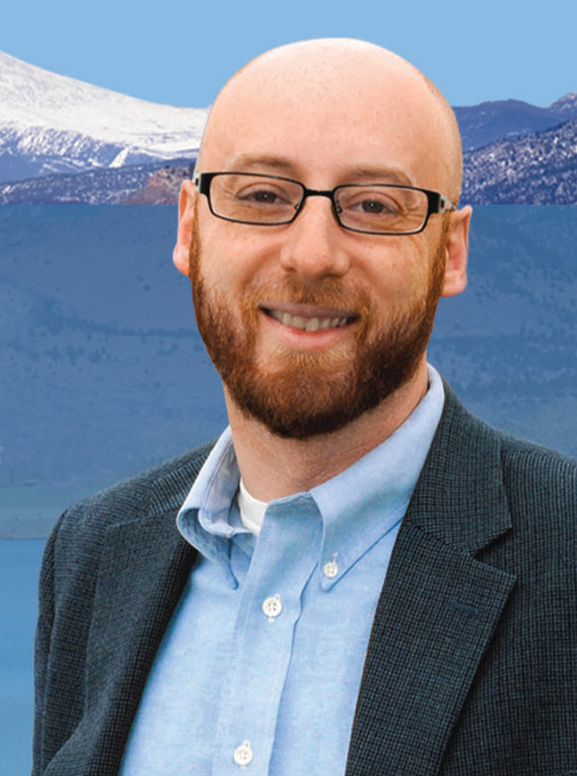 Jonathan Singer is as improbable a cannabis advocate as you’ll ever find. The representative for House District 11 never has been a user and certainly never intended to become a leading voice on behalf of cannabis legalization in Colorado.

“If someone had told me in 2011 that three years later I would be running for re-election for a seat I didn’t have,” Singer, who rebelled in high school by not using cannabis, said recently. “Or that by the end of my second year that I would have helped pass a statewide tax increase on legal marijuana, I would have laughed at them.

But that’s the way it happened.”

And how did Jonathan Singer wind up a major player in Colorado’s legal adoption of Amendment 64? Trace at least part of it to his past, which has been mostly in social work. “I like to joke that I worked with kids and drug addicts. At the Capitol, it’s drug addicts and people who act like drug addicts. Nobody laughs at the Capitol when I say that.”

One major takeaway of his social work background was to see how laws affect the most vulnerable, the ones least likely to be able to stand up for themselves. A registered Republican in high school, he was inspired by John McCain’s campaign in 2000. “I realized we needed to have people in office who cared about people, and he seemed to care about people more than money or politics.”

In 2004, he switched from Independent to Democrat and became a delegate at the national convention for Dennis Kucinich. In 2011, Deb Gardner, his predecessor, decided not to run again, and, he says, “People start tapping me on the shoulder.”

Singer announced his intention to run for the District 11 seat in November 2011. A month later, Deb Gardner resigned to become a Boulder County commissioner, and Singer was appointed by a vacancy committee to fill her term. “At the end of January 2012, in the middle of the session, I’m sworn in to the statehouse. In November I run for re-election. I win and, with a year under my belt, I become a kind of red shirt freshman.”

Amendment 64 was passed in that same election, and Singer and conservative Shawn Mitchell found themselves the only ones among 65 representatives who supported the ballot issue. That got him onto the committee writing the rules for legalization.

“I didn’t really ask for a seat at the table, but I’ve enjoyed charting this new course,” Singer says. “It’s been a unique experience for me because of my background in social work. And frankly, there are times when I’ve felt like we should go back to alcohol prohibition. But we also know that prohibition hurts people, too. It gave rise to a mafia just as we have drug cartels. My alliteration on marijuana is, ‘How do we keep it out of the hands of kids, criminals and cartels?’ If we can do that, we can create a safer community, raise more tax money, start to deal with the drug honestly and not overstate the extent of its damages.”

Amendment 64 set strict deadlines for implementation by the legislature, which made for an interesting dynamic. “What was nice about it was that it was a collegial discussion,” Singer says.

“It was such a new concept that the traditional battle lines had not been drawn. More people were interested in at least learning before deciding, which is nice. You saw people asking genuine questions, and for the most part it was an open and honest conversation. It’s never been about what’s best for me. It’s about what’s best for our community. That was kind of a breath of fresh air for some of us.”

He admits the legislative landscape is already changing. “Now you’re seeing some of the battle lines being drawn a little more. You have moneyed interests stepping up because there is a lot of money to be made,” he admits. “And so I think you’ll see a little more cynical side of politics come into play.”

Singer is optimistic about how the roll-out has gone so far. “Time will tell. I would give us a B-plus. There were things we couldn’t have predicted or didn’t focus enough on to start out with that I wish we had. I think edibles was one place — dosing with edibles, consistency of edibles, regulating it in a way that kids aren’t going to get their hands on it, regulating it in a way that I know what a Chips Ahoy cookie looks like, so I want to know a marijuana cookie just by looking at it.”

And if he’s approached by other state leaders looking at legalization? I would say, ‘Figure out your banking, figure out the edibles and how you want to regulate those and pretty much do most of what we did.’” Singer says the legalization issue has been an easy tightrope for him to walk because he’s seen how marijuana has hurt people, but also how drugs like alcohol have hurt people as well. “I’ve also seen the downside of prohibition. I don’t want people going to a back alley. I’d rather it be a transaction just like liquor stores. We need to treat it like the drug it is and not the drug that some fear it to be.”

You can hear Leland discuss his most recent column and Colorado cannabis issues each Thursday morning on KGNU. http://news.kgnu/category/features/weedbetween-the-lines/