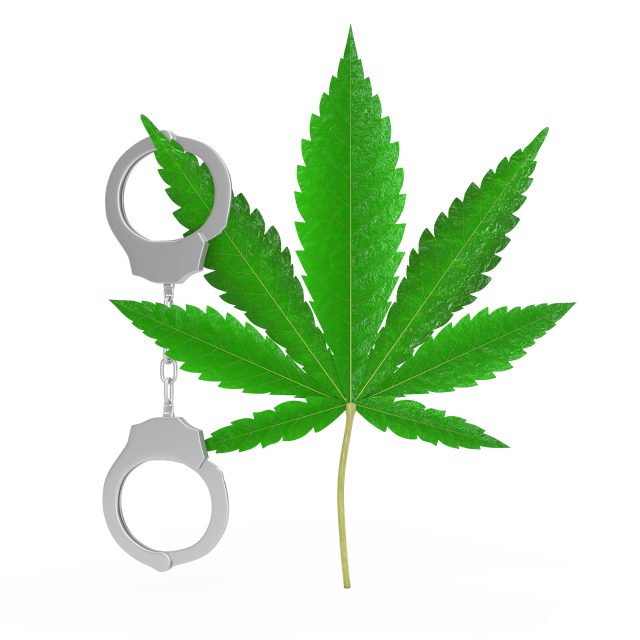 In mid-November, just months into Brittney Griner’s nine-year sentence for criminal drug charges in Russia, the WNBA star was transferred to a penal colony to serve the remainder of her time.

The facility, known as IK-2, is a remnant from the gulag area infamous for its harsh conditions. According to the Russian newsaper Moskovsky Komsomolets, IK-2 employs torture, beatings and slave-labor conditions. There, Griner worked from 7 a.m. until midnight or later, unable to use the bathroom, without privacy or personal belongings, and without contact to the outside world.

All because she brought some cannabis vape cartridges into a country of prohibition.

Last week, however, Griner got good news. In exchange for an infamous arms dealer known as Viktor Bout (aka the “Merchant of Death”), she was to be released from IK-2. She was coming home. And both her family and most of the country celebrated with her.

The story has been all over the news. CNN interviewed the hostage affairs official who flew Griner home. CBS reported that, for the first time since her detention in Russia, she hit the court and played basketball at the military base where she was undergoing medical evaluations. The Washington Post reported she was “in good spirits.” Joe Biden was, predictably, criticized by the right for making a dangerous “mistake,” and commended on the left for making such “painful” negotiation decisions.

But what was largely missing from all the coverage surrounding Griner’s triumphant release, was any discussion of why she was incarcerated in Russia in the first place. Few wanted to face the fact that people are locked up right here, in this country, for the same offense. According to a recent Bureau of Justice Statistics (BJS) report, there are 22,000 people incarcerated for cannabis offenses at the state level, and 10,000 more at the federal level, adding up to a grand total of 32,000 cannabis prisoners currently behind bars in the U.S.

Many of those prisoners are being held for the same offense that Griner was locked up in Russia for: cannabis smuggling. Some are locked up for even pettier offenses like cannabis possession. Those Americans have families grieving over their loved ones’ incarcerations just as seriously as Griner’s own friends and family grieved for hers.

In July, Boulder Weekly reported on this story (Weed Between the Lines, “From Russia, with hash,” July 21, 2022), interviewing Justin Strekal, founder of the cannabis policy advocacy group Better Organization for Winning Legalization (BOWL) PAC. Strekal pointed out that Griner’s situation was handing the Biden administration the golden chance to legalize cannabis.

“In every sense of the word, this is an opportunity for the Biden administration,” Strekal said. “It is very hard to see how [Biden] can build a credible geopolitical pressure campaign against Russia when we would similarly incarcerate Brittney Griner for a very minor offense.”

That was before the midterms, before Biden made big promises to pardon all federal cannabis possession charges, and big demands to reconsider the scheduling of the drug (Weed Between the Lines, “Tastes like crow,” Oct. 13, 2022). Promises and demands that, two months later, have yet to come to fruition.

Still, Griner’s homecoming sent ripples across Capitol Hill. Some are calling for reform at home. Rep. Earl Blumenauer (D-Oregon) said he hoped this could be a moment of progress toward “more rational cannabis policy.”

Conservative politicians expressed frustration that the administration put so much effort toward getting Griner released, when another American, Mark Fogel, is similarly being detained in Russia for cannabis possession. And a third American, an ex-marine named Paul Whelan, is serving a 16-year sentence in Russia over alleged espionage.

“It is clear Paul Whelan and Marc Fogel are afterthoughts to this administration, who care more about celebrity admiration and wokeness than returning all Americans safely to their families,” tweeted Rep. Guy Reschenthaler (R-Pennsylvania).

But all of this talk of returning Americans to their families, and efforts made toward freeing prisoners jailed abroad for cannabis offenses, seems a little sanctimonious coming from the U.S. It appears there’s a double standard here: It’s unfair for other countries to arrest and imprison Americans for cannabis offenses because only America is allowed to do that to its own people.