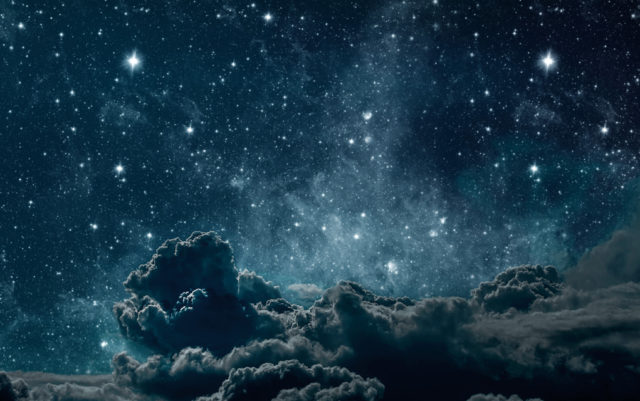 The holiday season is a peak time for companies that sell the novelty gift of “naming a star,” with a framed certificate and a star chart sent to your loved ones for a price. The International Astronomical Union (IAU) disavows such companies, however, noting that astronomers do not recognize or use the assigned names, but nobody seems to care much that the names are not official. It’s a unique gift that might inspire people to go outside and look up at the night sky, which astronomers can certainly appreciate.

The first commercial star naming service was started in 1979 by Ivor Downie of Toronto, Canada. Phyllis Mosele, a homemaker in suburban Chicago, liked the idea so much that she bought an American franchise and eventually took over the entire business when Downie died in 1981. The company claims to have named more than 3 million stars over the past four decades, initially fueled by nationwide radio advertising campaigns but more recently marketing on the internet with affiliates operating in 15 different countries. Dozens of other companies now offer similar services, but none have been nearly as successful.

But only a few hundred stars have official names that are recognized by the IAU, drawn from historical catalogs, star atlases and other cultural astronomy references. All of them are among the brightest of the roughly 4,500 stars that are visible to the unaided eye from a dark location, and they have familiar names such as Sirius, Vega and Polaris. Most of the recognized names are associated with mythology, navigation or timekeeping, and they are derived from cultures worldwide. There are thousands of stars that are easily visible but do not have proper names, so astronomers typically refer to them with Greek letters or numbers followed by the constellation name, like alpha Centauri.

Stars that are too faint to be seen without a telescope generally have catalog numbers rather than names. This is a practical matter, as some of the most widely used catalogs contain hundreds of thousands of stars, and a recent survey by the European Space Agency produced a catalog with more than a billion stars. About a century ago, amateur astronomer Henry Draper compiled a nearly complete catalog of stars down to a brightness limit 15 times fainter than what can be seen with the unaided eye. These stars are now customarily identified by their “HD” numbers, but stars that are bright enough to have names also have numbers in the HD catalog, and other catalogs provide different numbers for the same stars. For example, Polaris is also known as HD8890 and HIP11767.

Since 2008, a nonprofit organization based in Boulder, White Dwarf Research Corporation (where, full disclosure, I serve as director) has been offering an “adopt a star” service with a direct connection between the stars in the program and the research that it supports. The stars come from the target lists of NASA space telescopes that are searching for Earth-like planets, and the proceeds support an international team of astronomers working to characterize the newly discovered planetary systems.

“This is a creative way of involving the community,” says Joergen Christensen-Dalsgaard, an astronomer at Aarhus University in Denmark who organizes the international team conducting the research. “The present list of adopters is already fairly impressive, and of course the funding that it brings in is useful.”

Christensen-Dalsgaard came to Boulder in 1980 as a postdoctoral fellow at the National Center for Atmospheric Research, and he has spent many summers working here as an affiliate scientist at the High Altitude Observatory. In 2006, he established a consortium of researchers from around the world to begin preparing for NASA’s Kepler mission, and the team has continued their work together using more recent observations from Kepler’s successor, the Transiting Exoplanet Survey Satellite (TESS). Funding from the star adoption program has helped cosponsor the team’s annual scientific conferences, supporting the participation of students and early-career researchers. It has also helped team members in developing countries publish their research results in top-tier astronomy journals by covering the publication charges.

As the holidays approach, consider supporting a local nonprofit alternative to commercial star naming services. If adopting a star as part of NASA’s search for alien planets isn’t cool enough, there are also options to adopt a double star (great for couples), suspected and confirmed planetary systems discovered by Kepler, and even bright stars observed by TESS that are visible without a telescope. The names are no more official than with any other service, and the IAU still won’t recognize them, but at least your novelty gift will support a worthy cause.

Travis Metcalfe, Ph.D., is director of White Dwarf Research Corporation, the nonprofit organization that administers the adopt a star program on behalf of an international team of astronomers.