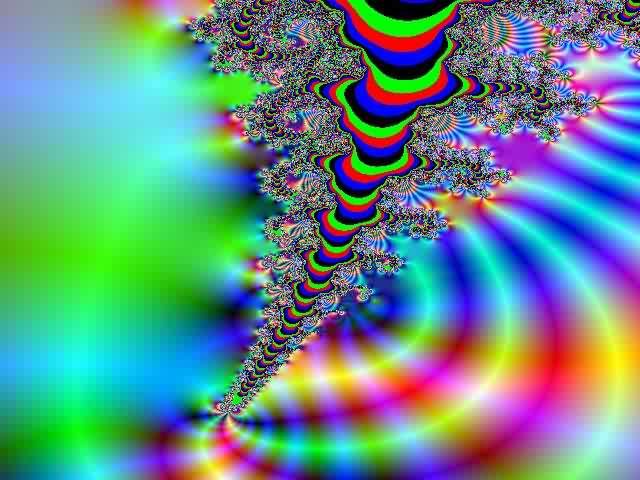 Dennis McKenna yawns. He’s at the end of his consciousness cycle, he says, and his body, nothing more than a system of intakes and outtakes, is making its sleep and oxygen deficiency known.

For McKenna, sleep is a drug, just like everything else is a drug. It’s a process that induces physical and chemical changes in the body, changing its function toward a certain end. For him, this is just being honest, both scientifically and phenomenologically — it’s the simplest explanation. But having spent a career trying to explain this to the world has been, well, complicated.

For some reason, the social tendency has been to apply a moral position to drugs, as if their use is part of an objective judgement of the goodness or badness within us. As if Kant could look inside our soul and see the divinely illuminated truth that abstinence from drugs is a dictate of pure reason. And, as if that weren’t enough, that Jeff Sessions could create a system in perfect actualization of our internal moral code.

“We box it up and lock it away because, at the bottom of it, people are sacred,” McKenna says. “People are afraid of anything that is going to change their mind, what they think they know. We’d rather not have our opinions confused by the facts of our own experience.”

Over the years, McKenna has found himself in the position of explaining drugs across the chasm, resorting to the words of Salvador Dali over and over again, saying, “I am drugs. I am drugs. I am drugs,” as if he could then put on shiny red shoes, click his heels and transport people out of Oz and back into their own reasoning brains.

But we seem stuck, our sense of wonder habitually turning to something more authoritarian than our own minds, looking to church and state to help us ask the question, to give us an answer.

“This is my beef with religion,” McKenna says. “They don’t facilitate actual, meaningful spiritual experiences. They give you essentially a dogma that you are supposed to believe and not ask questions about.

“But, if you take a psychedelic, you are engaging your curiosity and I think it will separate you from religion, or at the very least give you a different perspective on it. You may not abandon your faith, but you will come to understand it differently, on your own terms.”

There is actually some iconographic evidence that drugs, like psychedelics and opium, were important sacramental tools in early Christianity. As the religion developed, it’s believed plants maintained an important role, but that their use became restricted to clergymen and priests. It was this, the idea that divine experience was only for the select few, that McKenna points to as the origin of moral and legal prohibitions, not just on drugs, but on independent inquiry into the mysteries of our existence.

And then science appeared, asking the big questions once reserved for religion, and seeking objective and reproducible explanations. But science, too, has its biases, and in the 19th and 20th centuries it developed an aversion to the potential of the natural and spiritual as part of biological health.

Lately though, there has been a lot of buzz about an ongoing “psychedelic renaissance,” popularized by headlines like “The Psychedelic Miracle” in Rolling Stone. It appears a new wave of research is beginning to assert the ability of drugs like psilocybin, MDMA and cannabis to treat notoriously difficult to treat conditions, like end of life anxiety and PTSD. How? Because of their ability to “make a regular schmuck, like you or me, have a divine experience.”

Here, McKenna offers a gentle reminder that these drugs never went away. “This is a cultural rediscovery,” he says. “These plants have been on the planet, the same way, with the same effects on human beings, for a long, long, long time. What’s changing is our perspective on our relationship with these substances. We are no longer insisting that good science is secular science.

“As these drugs make their way back into medicine, medicine is being dragged, kicking and screaming, into this dimension, because for the last 150 years or more, the field has been very concerned to exorcise anything spiritual out of medicine. In other words, to assert that we are just machines and that there is no spiritual aspect to healing, to us, to anything — it is a very reductionist approach.

“Of course it is ridiculous, but that aside, the effectiveness of these drugs presents a very inconvenient truth for medicine. It forces it to acknowledge that there is a spiritual dimension to our existence. The whole mechanistic, monkey wrench approach to healing is being challenged and it’s forcing medicine to change, and there is a great deal of entrenched resistance to that.”

I ask McKenna what it will take to change people’s minds. He answers the question by undermining it:

“Get rid of faith!” he says. “You don’t have to believe anything, you don’t have to accept anything … If we are in any sort of renaissance, it’s not about drugs. It’s about society finding the courage to open yourself up to your experience. To be moved off your baseline and break with habituated thinking? That takes courage!”

Faster than the speed of fat