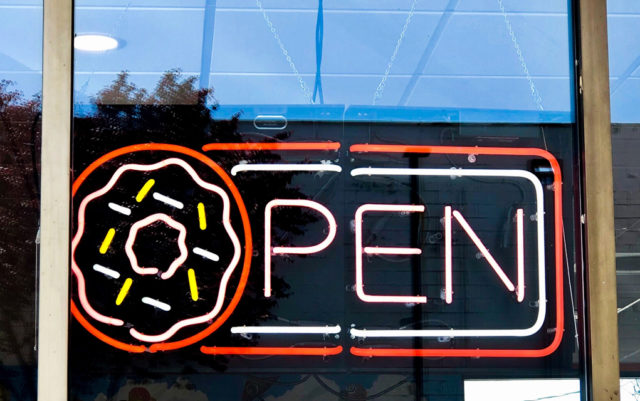 The light always caught me off guard
when we’d stumble in at 3am with silk screen eyes
and half empty stomachs filled with Gatorade and bottom shelf vodka
bought from Plaid down the block
where we would spend money on Doritos,
and Rainier and Rips
with eyes that twinkled in glory

Mr. Ly,
at least that’s what I think his name was
because that was the name of the store on the corner next to a Subway and a smoke shop, that I don’t think had a name and was just called Smoke Shop,
where he sold doughnuts that glistened in a dim white light
like beacons calling us home

I drove by the other day and the store’s closed now
I never asked Mr. Ly if that was his name
we assumed it was because that was the name of the store
but he might have been someone of a different name
whom we never met,
who owned a store in the city where we were king
where at 3am we would smoke blunts and share juuls and shotgun beers until the world was upside down and we were on top
as he made doughnuts
and his son
played his gameboy in the back