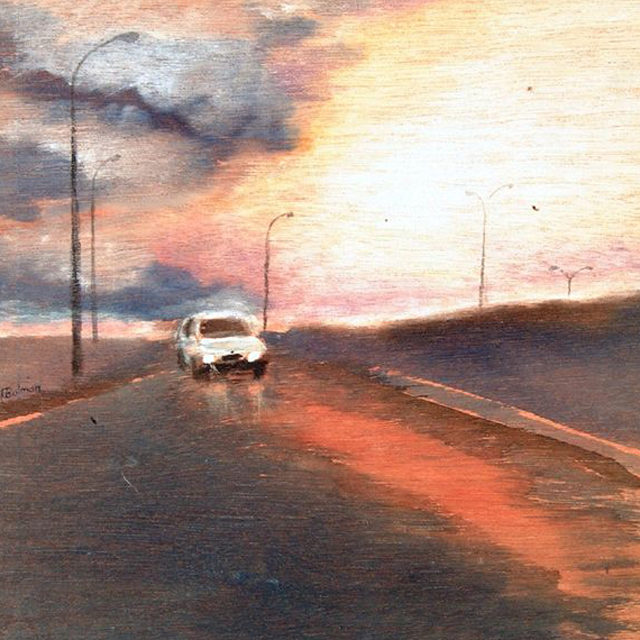 There was a bumper sticker in Colorado in the 90’s that said, “Shit Happens” — you remember the one? The next one was a very clever retort: Nothing Happens.

But you wouldn’t get it unless you were part of an in-group, the new age western Buddhists of Boulder — really anyone of the Nihilist persuasion that holds: man’s place in the universe is not just puny, but non-existent; nothing real in his mind.

I’d be driving around Boulder visualizing world peace, trying to determine if I really exist, or only in a dream of driving — always a possibility in my hippie west coast groove; I’d be tooling down Arapahoe Boulevard in my ’84 Volvo wagon, blithely reading bumper stickers, such as another favorite of the day, “Visualize Whirled Peas”.

I can see trees swaying overhead, recoiling from the fierce winds blowing down Boulder Canyon, off the Front Range. I could be back there now — it’s my mind, so why not go?  I’ve just spied a squirrel tip-toeing, ballerina style, across the high wire stretched over College Blvd. And I’m pondering the koan I just read on a woman’s T-shirt that said: “Stop Staring at My Breasts”.  She opened the door of her apartment to show me a car she had for sale in the paper. Now I’m thinking about her breasts, so basically I bought the car without giving it a second look.

Back to driving my old beater on its last legs and I’m worried if that squirrel is going to make his way across the wire, or even if he is really there. That’s silly, of course he’s there. But is he in a dream of his own illusion, or is it only we humans who are tripping through this life of illusion? So then I start a dialog with my dharma teacher. Actually he wasn’t there. But he had told me that it is my obstinate ego that is clinging to the notion of reality. And then, “Boom!” — I tailgated the guy in front of me who’s stopped at the railroad tracks while I’m looking up at a squirrel and arguing with something my dharma teacher told me.

James R. Merrill attended Naropa Institute (as it was called then) from 1989-91 in the MFA Poetics program. He is now a poet and retired teacher in Salem, Oregon, where he moved to from Boulder in 1999.