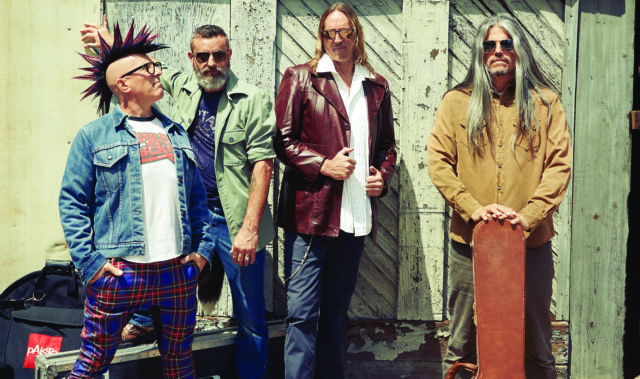 For four decades, world-renowned environmental photographer James Balog has traveled well over a million miles from the Arctic to the Antarctic and the Alps, Andes and Himalayas. With his images heightening awareness of climate change and endangered species, he is one of the most relevant photographers in the world today. Balog’s photography of and essays on “human tectonics”—humanity’s reshaping of the natural environment—reveal the intersection of people and nature, and that when we sustain nature, we sustain ourselves. This monumental book is an unprecedented combination of art informed by scientific knowledge. Featuring Balog’s 350 most iconic photographs, The Human Element offers a truly unmatched view of the world—and a world we may never see again.

Brittney Hofer Lave’s What’s Left is a show about processing grief through the act of making. Like a quilt made by your grandmother, the pages of a scrapbook or VHS family videos, Lave’s work highlights the energy created through mark-making and craft-inspired techniques.

Through an Artist’s Eyes: The Dehumanization and Racialization of Jews and Political Dissidents During the Third Reich (virtual). 7 p.m. Thursday, January 27. Free. Virtual Event URL: bit.ly/3rBFN6B

Art is always intertwined with the social and political worlds of its creation. In this program, Professor Willa M. Johnson will tell the stories of political dissidents and Jewish men, women and children who were interned across Europe, including in the pre-war German city of Düsseldorf and in three war-period French camps, using the work of the German Communist artist Karl Schwesig and a chorus of archival data.

If Shakespeare ever wrote a sequel to Love’s Labour’s Lost, it hasn’t survived the ravages of time. But The Upstart Crow is happy to announce the next best thing: the world premiere of Katherine Dubois’s comedy Love’s Labor’s Won, which takes up the action a year after the end of the previous play. There’s no attempt to copy Shakespeare’s style (except for the bad puns), but most of the characters are back, and the course of true love isn’t any smoother than it was before.

In Sacre, the world-first circus setting of Stravinsky’s “Rite of Spring,” Circa tightly weaves together powerful world-class acrobatics and dynamic encounters suffused with dark humor and rich tenderness.

Violeta comes into the world on a stormy day in 1920, the first girl in a family with five boisterous sons. From the start, her life is marked by extraordinary events, for the ripples of the Great War are still being felt, even as the Spanish flu arrives on the shores of her South American homeland almost at the moment of her birth. Through her father’s prescience, the family will come through that crisis unscathed, only to face a new one as the Great Depression transforms the genteel city life she has known. Her family loses everything and is forced to retreat to a wild and beautiful but remote part of the country. There, she will come of age, and her first suitor will come calling. She tells her story in the form of a letter to someone she loves above all others, recounting times of devastating heartbreak and passionate affairs, poverty and wealth, terrible loss and immense joy. Her life is shaped by some of the most important events of history: the fight for women’s rights, the rise and fall of tyrants and ultimately not one, but two pandemics. The Zoom link will be emailed to you prior to the event. Tickets are available on Eventbrite.

Professor Phaedra C. Pezzullo will be interviewing Mia Ives-Rublee about her expertise in disability justice with environmental organizations, institutions and broader coalitions—including outdoor recreation access, being a competitive athlete, plastic ban advocacy, as well as the value of public protest and voting. Live ASL Interpretation will be provided.