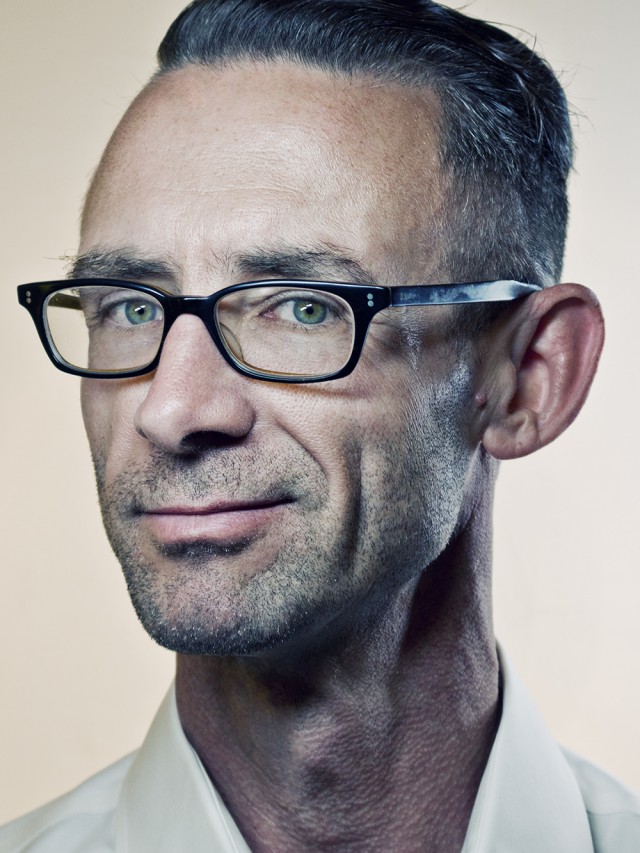 “I had shipped all of these severed arms to throw into the audience, and it was in Boulder that I realized that I was touring a day right behind Aron Ralston, who had written about cutting his arm off,” Palahniuk says. “And the Boulder Book Store people had opened my cases of arms and thought they were props for him. He was really put off, and he said, ‘Those aren’t mine.’ Then they realized they were mine and they all thought I was making fun of Aron Ralston.”

The prodigal author will be returning to Boulder on Tuesday, Oct. 28 to promote his latest work, Beautiful You, a novel about a business tycoon who creates a sex toy so effective that the women of the world check out of society altogether.

“A lot of it was about wanting to write a book about arousal addiction,” he says. “That’s something that culture can’t really touch right now. In the 1960s, culture did not want to talk directly about birth control or abortion, so we got books like Rosemary’s Baby, where the woman is so controlled by her doctor that she has to have the devil’s baby. Right now, no one wants to talk about arousal addiction and how this constant stream of devices and video games is rewiring the brains of mostly young men.”

But to tell that story, Palahniuk pulled from the books he considered the biggest chicklit novels of modern times, Twilight, 50 Shades of Grey, Clan of the Cave Bear and The Devil Wears Prada.

“I wanted to use many of the tropes of those books,” he says. “I was even calling it 50 Shades of the Twilight Cave Bear Wears Prada.”

“I was just fascinated by these actions that didn’t make sense to me,” he says.

That made him long dream of writing a Marquis de Sade-style piece of graphic pornography, but cloaked in the euphemisms of romance novels. The result is a style he calls “gonzo erotica,” something that is overtly sexual, but not at all sexy.

Though it’s being billed as the “Better than Sex Tour,” the readings will also be not at all sexy.

“People are asked to wear their pajamas to create this bedtime-storyslumber-party-for-grown-ups feel,” Palahniuk says. “And as they arrive everyone will be given a two-foot beach ball to inflate. And they’re translucent with little lights inside. Periodically, we turn the lights off and everyone will play dodgeball.”

He will also read several unpublished stories and give away special leatherbound editions of Fight Club.

Palahniuk says his readings evolved to become more raucous when he found himself doing up to six book tours a year.

“I was just fucking hating it,” he said. “And I found I couldn’t hate if I was also giving out a gift. Thought is dominated by speech. Speech is dominated by gesture. So the gesture of giving out a prize or providing something trumped all of my fatigue and resentment.”

But it hasn’t been without hiccups.

“One year I threw out all these miniature bottles of booze,” he says.

“Hundreds of them. A woman came up to me afterwards and she had this huge black eye from a bottle of Smirnoff. The only reason she did not sue is that she was so proud to get a black eye from Chuck Palahniuk.”

Palahniuk says that incident is the reason he doesn’t have a t-shirt cannon for his readings. Really.

This sort of thing is why while most authors have a following, Palahniuk has “a cult,” an irrationally devoted group of followers who endlessly analyze his work on some of the most unkempt corners of the Internet. One major focus for them has been trying to discover the true nature or identity of the unnamed narrator in Fight Club.

One of the most popular online theories is that he is the grown-up version of Calvin, from the Bill Watterson comic strip Calvin and Hobbes, and that Tyler Durden, the narrator’s mischievous and violent alter-ego, is the grown-up manifestation of Hobbes, Calvin’s stuffed tiger.

“That could very well be, because I love that comic,” Palahniuk says. “Yeah. I love that comic. So, whether or not I was consciously replicating that model, I don’t know. I wouldn’t swear I wasn’t.”

Another wild theory is that the narrator and Durden are the adult versions of Cameron and Ferris from the 1986 comedy Ferris Bueller’s Day Off, and that Bueller never actually existed except as Cameron’s feverinduced hallucination. In this theory, Durden is the older, more disturbed version of Bueller that has emerged as Cameron has slipped deeper into mental illness in midlife.

“No,” Palahniuk laughs. “That’s really reaching. That’s people with a lot of free time on their hands. I wonder what John Hughes would have said about that one.”

Whether Beautiful You will inspire that sort of far-fetched and John Hughes besmirching speculation remains to be seen. But with Chuck Palahniuk, you never know.