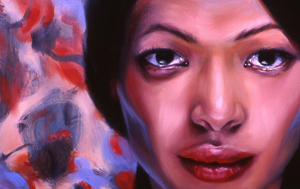 Art lovers frequent museums or galleries or art shows in order to view the works of the artists they love. Rarely do they get to meet the creator of a certain piece, let alone see them work.

The Longmont Studio Tour aims to lower the veil of anonymity that exists between those who love art and those who make it by inviting members of the public into the studios and homes of 66 local artists on Sept. 19 and Sept. 20.

For members of the public, the tour is a chance to interact with artists on a personal level, said Mary Horrocks, the project manager for the tour.

“You can meet the artists, and you can learn things about their process, their inspirations, their training and how they go about the business in the arts,” Horrocks said.

There is an ongoing exhibit at the Muse Gallery in Longmont showcasing one piece of artwork from each of the 66 participating artists, a “taster,” Horrocks said, of what to expect from the studio tour.

The tour began in 2000 when several Longmont artists got together and tried to create an event to help unify Longmont’s “fractured” art community, said Mario Miguel Echevarria, one of the artists who participated in the inaugural tour.

Echevarria had been living in Santa Fe when he noticed that artists who actively engaged the community were more successful than those who didn’t.

“The artists that were kind of in a corner drinking tea and not wanting to be bothered were really struggling,” Echaverria said. “I found the same thing [after moving to] Longmont.”

He banded together with a few other artists and organized the first tour, which featured 35 artists, Horrocks said. To commemorate the tour’s 10th year, organizers made an effort to get 14 of the original artists to participate again, Horrocks said.

Tina Davis was one of those original artists, though she didn’t need any convincing to participate again she’s been a fixture on the tour, welcoming the public into her home every year since the tour began. For a weekend each year, she turns off the pottery wheel and welcomes art enthusiasts into her home.

“It’s just a lot of talking. I have beverages and food here, and I share a meal here, and I just sit and welcome everyone that comes through the door,” Davis said.

The Boulder-born Echevarria calls himself a “public artist,” meaning he gets commissions from local governments to create art for public buildings and spaces. It’s steady work, he said, but it can be a little stifling to the creative spirit in him. So he welcomes the opportunity to exhibit pieces that are more personal to him, artwork that he calls more “potent.”

“For public art, you have to do stuff that is accessible to a lot of people,” he said. “I get really frustrated with public art because you kind of have to compromise your vision a bit, and this is something that’s a little more potent and maybe a little more edgy.”

While the public gets to enjoy some rare face time with the artists, the artists get the chance to turn their studio into a gallery for a weekend. Scott Fraser is another artist who participated in the first Longmont Studio Tour. He said for many artists, the opportunity to sell artwork directly to a buyer without giving a cut of the sale to a gallery is a financial boon.

“A number of people have worked a good part of the year to get ready for this. Some people, all they do is show out of their homes,” Fraser said. “It’s a good way for me personally, and I’m sure the other artists, to meet clients.”

Fraser was one of the artists who helped plan the original tour. He said the tour was a great way for artists to get their name out in the public sphere.

“Artists have to get together and brainstorm to get exposure, and this was one of the things we came up with,” Fraser said.

The Longmont Studio Tour has not just fostered greater communication between artists and the public. The artists themselves have grown closer since the inception of the tour, Echevarria said, and the culture among artists has grown tighter over the years.

“It’s very cohesive. There are a lot of close-knit groups,” Echevarria said. “[The tour] really has achieved what we really wanted it to do in the first place.”

Said Davis, “I think it’s really a great thing and that Longmont is kind of great at organizing all these things whether it’s Artlink or studio tours… I think this community is really a tight community, and studio tours are really a part of it.

“We artists usually have a potluck afterward and compare notes… it’s really a tight artist community.”