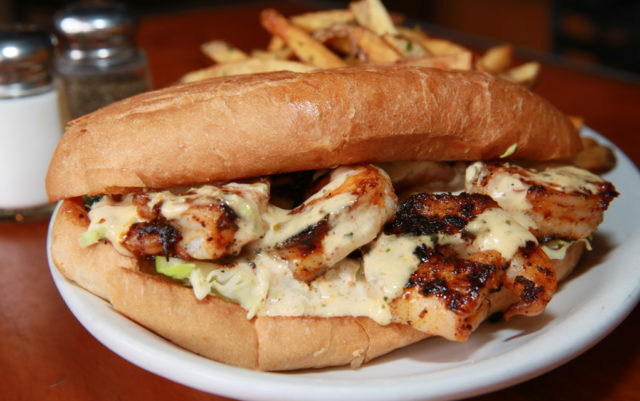 A great bar has a great history. This isn’t conjecture, just a simple matter of fact. Think: McSorely’s of New York, The Union Oyster House in Boston or Marge’s Still in Chicago — and those are just stateside.

Right here in Boulder we have West End Tavern. The building that now houses the bar was home to the Boulder police station back in 1906, but since that’s as far back as city records go, there’s no knowing exactly when the building was constructed. About half a century later the Spaghetti Factory moved in, then the Red Cross, but since the building lies in the flood plain, the city thought perhaps it best move the Red Cross to higher ground.

And finally, in 1987, Steve “Beaver” Goren and Marc “Minnie” Minion purchased the building and opened West End Tavern. The actual bar — that magnificent wooden work of art to your right as you walk in the front door  — was purchased from Miss Kittie’s Saloon in Bayaud, Nebraska. Best estimates place the bar’s creation in Omaha, Nebraska, in the late 1800s.

Even the tables have a story. The Hayman fire in 2002 destroyed more than 70,000 acres of old growth pine forest, which was then salvaged for use in a number of capacities, one of which led to the construction of the tables in the dining room at West End.

And while I can’t be sure, I’m fairly certain there’s some hidden history in that bar that I’m just not acquainted with.

Maybe you’ve made some history of your own at West End. That’s what happens at great bars; you go in for a drink and some laughs and you leave with a story you’ll tell for the rest of your life.

A recent trip to West End led to some history-making for me, sitting with my editor and an old friend of his, drinking barrel-aged beer and talking about Boulder’s more sordid stories.

For reasons unbeknownst to us, we each decided to order a blackened shrimp po’ boy (though one of us may have substituted a salad for the fries in a fit of post-holiday nutritional conscience).

Perhaps subconsciously we wanted a sandwich with a history as great as the bar.

Po’ boy sandwiches are, as their name bluntly implies, an entrée meant for the working class. Simple and filling, that’s the goal.

They were created and popularized in 1929 by Bennie and Clovis Martin, who ran a coffee stand and restaurant in New Orleans. That year streetcar motormen and conductors in New Orleans went on strike following heated contract negotiations. The Martins, former members of the street railway employees union, vowed to feed the strikers. True to their word, they fed the “poor boys” sandwiches.

While the traditional, Louisiana-born version of a po’ boy includes fried seafood, West End opts for a healthier sandwich by blackening the shrimp. No complaints here, and frankly, it gives the sandwich a deeper flavor profile.

Giant shrimp are set atop a bed of slaw and spicy tartar sauce and locked in the gentle embrace of a crusty French roll. That’s it. There’s little more this classic needs to satisfy.

The magic of a po’ boy done right is simple, but crucial: the slaw must be crisp and fresh, the tartar sauce must be spicy, and the bread — the true star of the show — must be chewy.

On these simple points, West End delivers. Drop a little hot sauce on that sandwich and you’ve got yourself a taste of history.