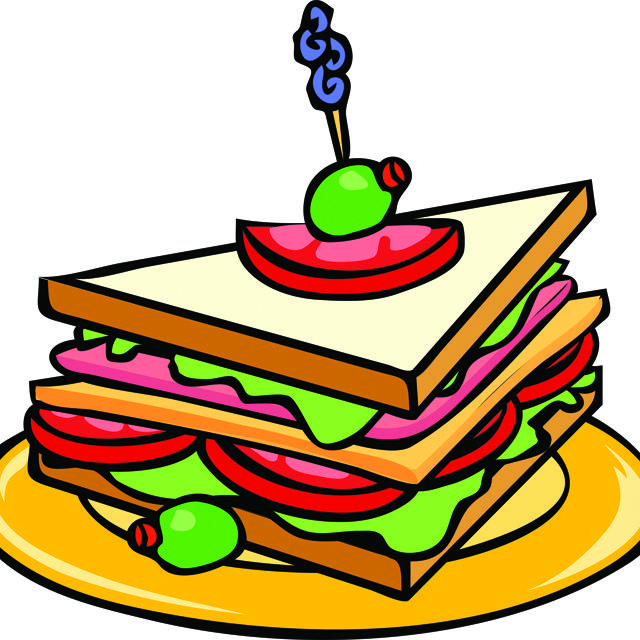 Colorado is famous for a lot of great things. Sandwiches are just not one of them. In fact, our most famous sandwiches are somewhat questionable.

The cheeseburger wasn’t invented in Denver. Louis Ballast, who opened Colorado’s first drive-in restaurant, did coin the word “cheeseburger.” There is a granite monument in a bank parking lot in Denver engraved with these words: “The cheeseburger trademark was registered by Mr. Ballast on March 5, 1935.”

The Denver Sandwich also wasn’t invented in Denver. Also called the Western, it is a ham, bell pepper and onion scramble on toast, with or without cheese. The Denver Sandwich eventually became the familiar Denver omelet. There are many origin stories for the dish in the early 1900s. One suggests that it was based on an egg foo young sandwich created by Chinese railroad workers.

Denver’s most famous sandwich owes its fame to the dietary obsessions and lack of impulse control of one man: Elvis Presley. On Feb. 1, 1976, Elvis and friends flew from Memphis to Denver solely to eat Fool’s Gold Sandwiches made at the Colorado Mine Company restaurant in Denver. The “sandwich” — an entire hollowed-out loaf of French bread filled with peanut butter, jelly and bacon — was delivered to the plane. The legend and the sandwich are still on the menu at the cash-only Nick’s Café in Golden, which is decorated with Elvis memorabilia.

Pueblo’s legendary Slopper, served at Gray’s Coors Tavern, may not even qualify as a sandwich: It consists of two open-face cheeseburgers awash in pork green chile and covered in onions, cheese and/or saltines.

Whether they’re called subs, grinders, hoagies, po’boys or even “sangwiches,” the great ones are not haphazard stuff between anonymous slices of starch. They are carefully composed to give you perfect bites that have just the right amount of everything in each one. The right bread is critical.

Great sandwiches get nicknames that stick. You know how great a Reuben tastes.

Colorado may not have an extensive sandwich history, but it is now home to many iconic creations. Here are some of the local epic sandwiches I have known and loved. These are the sandwiches of summer, if only because it’s too damn hot to cook.

How great can an egg salad sandwich be? Cured in Boulder elevates this humble lunch with great ingredients. Fresh local organic eggs are hardboiled and spread on a salty pretzel roll along with fresh greens and house-pickled red onions. These pre-made sandwiches are usually sold only on Saturdays and often run out. curedboulder.com

Right from its beginnings 20 years ago in a small shack on Pearl Street, I have happily scarfed down Snarf’s Eggplant Parmesan Sub. It’s a comfy harmony of breaded eggplant slices, plenty of marinara and melted cheese on a toasted bun. This sandwich doesn’t need any extra tweaks but some add hot peppers, grilled onions and tomatoes. eatsnarfs.com

Some favorites are more like secret vices such as the Italian Beef served at Mustard’s Last Stand, one of Boulder’s longest lasting eateries. This is a wet, Chicago-style item with sliced roast beef in Italian-style gravy on toasted French bread. I add green peppers, giardiniera, hot peppers, grilled onions and tomato. mustardslaststandcolorado.com

Il Porcellino Salumi’s bacon sandwich is like a BLT to the third power. The Denver temple of preserved meat products starts with slices of cooked, house-cured bacon. Grateful Bread’s toasted country bread is spread with apple butter on one slice and jalapeño aioli on the other, plus tomato and a splash of pecora cheese fondue. It’s messy and totally consuming. ilporcellinodenver.com

The marriage of French baking and Vietnamese freshness produces the made-to-order banh mi at Vinh Xuong Bakery in Denver. The soft rolls for the sandwiches are baked up the street at the bakery’s tiny original location on Federal. The offspring site is a cozy, cool café that serves crafted coffee beverages. The bread is buttered and piled with a salad’s worth of pickled carrots and daikon radish, cucumber, cilantro and jalapeño plus a choice of meats including grilled pork, ham, barbecue pork or chicken. 2370 W. Alameda Blvd., Denver, 303-922-4968.

My other favorites include The Pilgrim — house-smoked turkey, garlic mashers, cranberry relish on toasted brioche — at GQue BBQ in Westminster (gquebbq.com); the Italian sausage sandwich at Dolce Sicilia Bakery in Wheat Ridge, which tops house-baked crusty bread with sliced links, marinara and melted provolone (dolcesiciliabakery.com); and the Brown Sugar Toaster Pastry and Maple Ice Cream Sandwich at Boulder’s Heifer and the Hen (heiferandthehen.com).

Boulder’s Salvaggio’s Deli has closed its kiosk on the Downtown Mall. … Plan ahead: Denver Grilled Cheese and Beer Fest is Oct. 13. denvergrilledcheesefest.com. … The U.S. Senate has honored my friend Charlie Papazian, the father of America’s homebrewing boom, on the 40th anniversary of the founding of the American Homebrewers Association in Boulder. I was teaching cooking and Charlie offered a class in homebrewing at the Boulder Free School. Charlie also launched the Great American Beer Festival and sparked the craft brew revolution. The spoon he used for years as a homebrewer has become part of the Smithsonian collection that includes Julia Child’s kitchen.

“The slices are piled high on rye and each is beet red, lean except for a sultry halo of fat, edged with black pepper — profound pastrami, firm and muscular.” —From Roadfood by Jane and Michael Stern