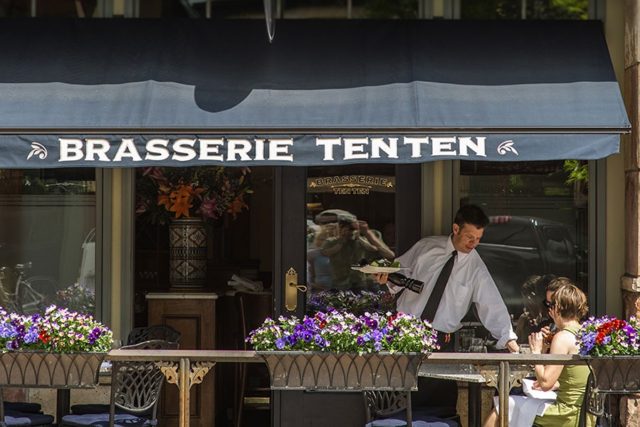 When First Bite debuted 17 years ago, the Boulder dining landscape was in a different place. Diners snapped up reservations for the annual Restaurant Week event focused on multi-course dinners at a single set price.

The past few years truly shook the Boulder food scene, with many eateries closing and a slew of new places debuting. The economy now seems more precarious.

For 2022, First Bite is taking a fresh approach to the much-anticipated celebration with special menus at more than 30 independent local restaurants from Sept. 30 to Oct. 9.

“This year we didn’t set any price point. We told the restaurants, ‘Choose whatever you want to offer at the price that works,’” says Jessica Benjamin, owner and producer of First Bite Boulder.

This year’s First Bite will also offer new dining options, with 14 of the 33 restaurants participating for the first time. Menus have also been expanded to include breakfast, brunch and lunch.

That means First Bite now has room for a three-course $120 menu for two from Steakhouse No. 316 and a $27 brunch at Cafe Aion featuring house-made cinnamon-yogurt doughnuts and a choice of a croque madame or shakshuka with a mimosa.

New kids on the block

At Marigold, almost every bite is a first. Chef Theo Adley only recently opened the restaurant in a cozy 1885 sandstone building on Main Street in Lyons.

“First Bite is a wonderful way to introduce ourselves to our neighbors and show them what we’re all about,” Adley says.

A veteran of kitchens at Pinyin, Frasca and Aspen’s Little Nell, Adley says he gravitates toward ingredient-focused preparations from Northern Italy to Southern France. Marigold’s First Bite offering is a dinner for two: a shared first course of panisse — French chickpea fries, followed by salad or prosciutto broth with meatballs, beans and escarole, plus an entrée choice of swordfish, rigatoni with lamb ragu, or bricked chicken with salsa verde. Topping it off are ricotta-filled sweet cannoli.

This year also marks a first in the nearly 100-year history of The Sink on the Hill, Boulder’s oldest still-operating restaurant, which will make its First Bite debut.

“This is a great way for [The Sink] to reintroduce themselves to Boulder diners,” Jessica Benjamin says. The historic eatery’s First Bite offerings range from pizza and beers for four to burgers, fries and drinks for two.

Despite these new offerings, the upscale multi-course dining experience — with and without wine pairings — is still very much a First Bite feature at places like Farow (in Niwot), Mateo and the Boulder Cork. Basta offers diners a four-course dinner that can feature burrata with smoked eggplant, followed by gnocchi Amatriciana with guanciale, a wood-fired fish course, and panna cotta for the finish.

In addition to the shake-ups within the industry over the last few years, the local dining audience has also expanded and changed. “A lot of new people have moved to Boulder County and don’t really know about local restaurants,” Benjamin says.

After talking with numerous local chefs and restaurateurs, she reports that while this year feels more “normal” with the return to indoor dining, it is anything but normal at local bistros.

“This moment, for the restaurant industry, may actually be worse than last year,” she says. “Diners are ready to dine, but restaurants are still dealing with the staffing crisis, supply chain problems and rising prices for food … and everything else.”

First Bite has also launched a new award spotlighting front-of-house workers like waiters, bartenders and hosts, along with back-of-house employees like chefs, cooks and dishwashers.

“We want to remind everyone there are these wonderful people doing this work,” Benjamin says. “Sometimes it’s a thankless job.”

According to Benjamin, Boulder’s restaurant folks collectively have only one simple request for diners: Please be kind. Don’t be rude. Be understanding when it takes a little longer to clear tables and deliver food. Give your own dining award by tipping generously — that’s a 20% minimum, folks.

“The banquet is in the first bite.” — Michael Pollan