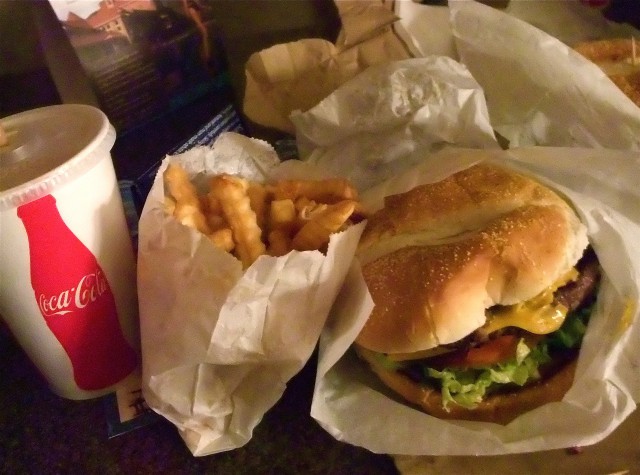 June 21 marks the official first day of summer, and that means the season of road trips is officially here. It’s time for fresh vistas, new trails and trying some new eateries along the way, because food, like adventure, nourishes not only the body, but the soul.

Sure, it’s possible to survive on granola bars, squishy sandwiches and string cheese, but why do that when you can eat your way across the state in style, and you can learn as much from the landmarks you eat at as the ones you see.

The eastern plains of Colorado don’t get much glory, but they are rich in frontier history that predates the Gold Rush era. South of Limon, the plains crumple to a ragged edge, grasslands meeting scruffy juniper, near the Arkansas and Purgatoire rivers. Bent’s Old Fort stands preserved as a thriving historic outpost of multicultural trade along the Santa Fe Trail. Native Americans had used the trails into the southern Rockies for centuries before European traders in 1833 set up shop at what was then the border with Mexico.

Ford, where some of the sweetest cantaloupes in the world grow. Nothing says summer like stopping at a roadside stand and picking out the perfect gourd. Pull out your pocket knife and enjoy the sweet ooze of summer essence on the spot.

Just a couple of miles down the frontage road is Vicco’s
Charcoalburger Drive-In. I can’t take credit for discovering this place; that
goes to former Denver Post mountain reporter Steve Lipsher. But when you
shelter from a thunderstorm under Vicco’s awning on a hot summer night, you’ll
know you’re in ‘Merica, baby! Sit back, slurp up some of your peanut
butter-chocolate malt with Deep Purple cranked up real loud on the car stereo
and watch the nearby traffic lights dissolve as reflections in raindrops on the
windshield. Because ultimately, the perfect burger joint is always where you
find it.

Keep those windows rolled up the next 75 miles as you speed through the oil patch. There’s probably benzene being emitted from pipelines, wells and storage facilities right next to the freeway, and that stuff will corrode nose hairs and kill your sense of smell, which is essential rolling into the Grand Valley at Palisade, where sandstone ramparts guard fine crops of stone fruits and some of the finest grapes in the West. In the spring, look and sniff for the thousands of blossoming peach and apricot trees gloriously showering fragrant petals into the air — it’s no wonder a Samurai warrior’s last conscious thought before death was often of the plum tree blooms in his backyard garden.

Once again, a pocketknife and bandanna will come in handy for enjoying ripe peaches straight off the tree. Be sure to support some of the area’s organic producers, like Aloha Organic Fruit, or Morton’s Orchards, which also supplies fruit to farmers’ markets around the Western Slope.

Since driving a fossil-fuel powered SUV through the gas patch may induce pangs of guilt, why not switch to a bicycle for a leisurely tour of the vineyards and orchards? Special fruitand wine-themed events are held throughout the summer, but don’t be afraid to get a little lost on the county roads that lace the sun-kissed mesas. Bring a picnic — perhaps some local goat cheese and fresh bread from the venerable Slice O Life Bakery in Palisade, and stop in at one of the wineries to sample the goods under the cool shade of a giant willow.

From the Grand Valley, cross over the Grand Mesa, by some measures the biggest flattop mountain in the world. After crossing sun-splashed spruce groves and wending past the crystalclear fissure lakes, look for the cherry orchards on the south side of the mesa where cherries grow like nobody’s business around Hotchkiss. This year’s Cherry Days festival is scheduled for the July 4th weekend.

Here on the southern flank of Colorado’s slice of the Rockies, mild microclimates have nurtured agriculture since the early settlement days, and lately, a new breed of farmers are combining that historic tradition with modern cultural sensibilities. The result is that Paonia and the North Fork Valley have become the epicenter of West Slope locavore slow food movement, with an emphasis on the connections between people, places and regionally grown foods.

The growers in the area are also taking on bigger issues. Faced with the threat of fracking, they banded together to form the core of an energized grassroots movement aiming to make sure that fossil fuel companies don’t foul the hay fields and burgeoning organic vegetable farms.

After all that slow food, try the slow route back to the Front Range, touring off the beaten path along Colorado Highway 131 and the Trough Road. Turn off the freeway at Wolcott onto Highway 131 and head to State Bridge Lodge, a classic roadhouse with deep roots in Colorado history. Archaeologists say Paleoamericans used the area along the Colorado River bend as long as 8,000 years ago.

During Colorado’s go-go settlement years, a ferry crossed the river, but in 1890, the state of Colorado made the first-ever grant of public money to build a bridge — hence the name. The historic State Bridge Lodge buildings sadly burned down a few years ago, but the ambitious owners immediately set about reviving the place, and this summer there’s a full lineup of concerts scheduled. Enjoy one of Colorado’s best Bloody Marys on the deck with views of the Colorado River and the historic railroad tracks hugging the shore, and stay late to enjoy the live music while kayakers and rafters do the same from their shoreline anchorage.

There’s no need to backtrack from here. Just continue up the Trough Road from State Bridge through the sweeping valley of the Upper Colorado and impressive Gore Canyon before dropping back to State Highway 9 near Kremmling, where you can curve back south to I-70 for the short trip back to the Front Range.