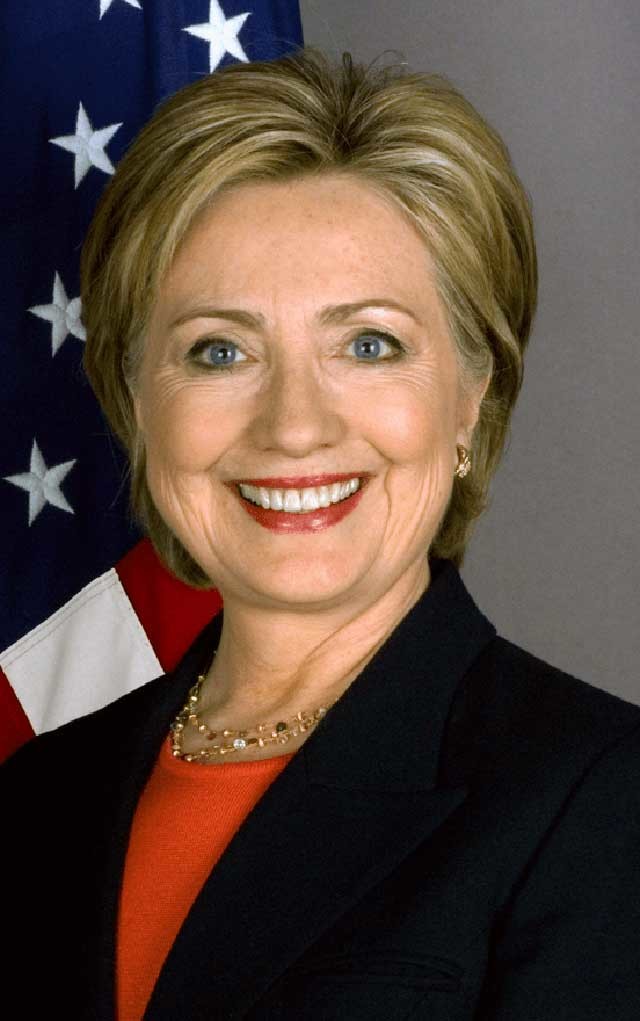 If there is anything more perplexing to me than people who plan to vote for Donald Trump at the merciful end of this interminable presidential campaign, it is those who will not vote for Trump but plan to vote for a third-party candidate, like Gary Johnson or Jill Stein. Or worse yet, those who are not planning to vote at all.

At this time, we as Americans face defining decisions on critical issues, such as crime and justice, the economy and taxes, education, energy, foreign policy, gun violence, health care and end of life issues, immigration, labor and wages, race relations, the environment, sex and gender issues, and the “war on terrorism.” We need all intelligent, clear thinking people who have come to the obvious conclusion that Donald Trump is singularly unfit to be President of the United States (which, by the way, is being kind, as the man is not merely unfit to be president but is the poster boy for the worst aspects of the “Ugly American” imaginable), to carry the ball all the way down the field and across the goal line to vote for Hillary Clinton in this historic election.

There is a reason that Trump has received exactly zero major newspaper endorsements. Stalwart conservative papers, like the Arizona Republic and the San Diego Union-Tribune, have endorsed Clinton — the first time they have endorsed a Democrat in their 126- and 148-year histories, respectively. And newspapers like the New York Daily News, Houston Chronicle, Dallas Morning News, South Florida Sun-Sentinel and the Cincinnati Enquirer — all of which endorsed Mitt Romney in 2012 — have endorsed Clinton. Even the Chicago Sun-Times and USA Today, which do not make presidential endorsements, felt compelled to endorse Hillary Clinton, given the strong feelings and opinions of the journalists who comprise their editorial boards.

In the same vein, a growing number of Republican leaders have announced that they will not be voting for Trump in November. The New York Times recently published a list of prominent anti-Trump Republicans — replete with a timeline of the offensive statements their candidate has made that signaled their defection — that is continuously being updated, so rapidly are Republicans attempting to flee from their association with arguably the worst presidential candidate in American history. The list is currently up to 160 and includes such notable Republican leaders as Mitt Romney, John McCain, Jeb Bush, Lindsey Graham, George Pataki, William Bennett, Carly Fiorina, John Kasich, Condoleezza Rice and Arnold Schwarzenegger. Even notorious radio host and conservative political commentator Glenn Beck has described the decision to abandon Trump and vote for Hillary Clinton as “a moral and ethical choice,” and depicted Trump as “an immoral man who is absent decency or dignity.”

It is worth noting that the timing of our endorsement coincides with an apparent de facto concession of the presidential election on the part of the Republican Party. Earlier this week, House Speaker Paul Ryan stated that he would no longer campaign for or defend Trump during the final period of the campaign. This, of course, is a politically motivated move aimed at limiting the damage to the Republican Party with respect to gubernatorial, congressional and local races.

However, the implosion of the Trump campaign should not be misconstrued as an opportunity for those of us who also have issues with Hillary Clinton to take a pass on this election or to cast a “protest” vote for a third-party candidate. Rather, the devolvement of the Republican Party to the point where a “Trump” could become an American presidential candidate is what we should be protesting. And the current negative momentum of the Trump campaign provides an opportunity to make a strong statement that we as a nation will not tolerate being dragged through this type of shameless political arena ever again.

While it’s clear that Trump is on the way out, making him a loser in this election is not enough. We all need to “pile on” to make sure that we send a clear message to any future “Trumps” that the American ideal is still alive and well, and that we will never again be manipulated into abandoning our principles in the way we came perilously close to doing during the 2016 presidential campaign. We may no longer need to defeat Trump, but we need to bury him so deeply that the Republican Party will be forced to engage in a reversal of the abandonment of American principles that they have been engaged in during recent decades. Abstaining or throwing away your vote on a third-party candidate will not accomplish that.

And what are those principles? For the purposes of this endorsement, I have selected what I believe are the five most important among them.

Voting Rights
Perhaps the most fundamental American principle is democracy. Simply put, this means upholding the right of every American citizen to vote. The Republican Party has made no secret of their strategy of disenfranchising African Americans, Latinos, students and other likely Democratic voters. Hillary Clinton supports automatic registration for 18-year-olds, early voting and other measures that encourage and enable all Americans to vote.

Religious Freedom
The vast majority of American citizens are descended from immigrant ancestors from many countries representing a variety of nationalities, races, cultures and religious beliefs. Indeed, the diversity of our citizenry is one of our most defining characteristics as a nation. Hillary Clinton understands and celebrates this, and she supports a path to citizenship for those who are willing to lead productive, lawful lives, regardless of their nationality or religion. She rejects racial and religious profiling, and upholds the principle of equality for all.

Education
An educated and well-informed citizenry is essential to the success of a democracy. The Trump campaign has dramatically exposed the degree to which the Republican Party has based its political strategy on the creation, maintenance and exploitation of ignorance. Hillary Clinton supports debt-free public college and free community college, along with debt relief for those with existing college loans.

Income Inequality
The American Dream was directly born out of the exploitative conditions which workers in other countries had to endure in their native lands. That’s why so many earnest, honest, hard-working people immigrated here to create a better life for themselves and future generations. Republicans continue to support the repeatedly disproven “trickle down” economic theory, which promises that successful corporations will voluntarily share their profits with their workers. What has actually played out, though, is that unprecedented corporate wealth and power has led to the most dramatic levels of income inequality in American history. Hillary Clinton proposes an increase in the federal minimum wage to $12 per hour. She now opposes the Trans-Pacific Partnership and supports union bargaining rights. Clinton intends to raise taxes on those earning more than $250,000 annually, and wants to close loopholes for corporations. These measures will reduce income inequality and more fairly compensate workers for their contributions to the success of their employers.

The Constitution
The United States Constitution is arguably the greatest guiding document of any nation-state in the history of civilization. There are many aspects of the Constitution that could be brought to light in the context of a Hillary Clinton endorsement, but I will focus on just two: women’s reproductive rights and Supreme Court nominees. There is no better representation of the devolvement of the Republican Party than the unprecedented Republican obstructionism that has taken place during the Obama Administration.

Moreover, it is easy to connect the dots between the recent conduct of the Republican Party and the rise of Donald Trump to the top of the Republican ticket. And there is no better example of Republican obstructionism than the unconstitutional refusal to hold hearings in connection with President Obama’s nomination of Judge Merrick Garland to the Supreme Court in March of this year, now almost seven months ago. The best way to defeat Republican obstructionism is to elect Democratic majorities in Congress, and for this reason it is doubly important that we ride the current anti-Republican tide of momentum by casting our votes for Hillary Clinton.

As president, Clinton will have the constitutional responsibility of nominating Supreme Court justices and upholding the United States Constitution. Her experience, knowledge and character assure that she will nominate and appoint progressive, competent individuals. And with respect to women’s reproductive rights, which became part of our Constitution in 1973 — now some 43 years ago — we can count on Hillary Clinton to protect and defend this constitutional right and the related issues with passion. She supports funding for Planned Parenthood, fact-based sex education, and access to birth control.

For all of these reasons and many more, Boulder Weekly endorses Hillary Clinton for president. But perhaps of equal importance, we urge you to refrain from voting for a third party candidate. This is not a time to cast a “protest vote.” Rather, this is a time to protest the manner in which the Republican Party has lost its moral compass and made a wrong turn down a one-way street. We must do more than refuse to follow poor leadership in a dangerous direction. We must sound the alarm that we will not tolerate this kind of leadership by doing our utmost to bring about a landslide victory for Hillary Clinton and the Democratic Party this year. Our character and national identity hang in the balance.