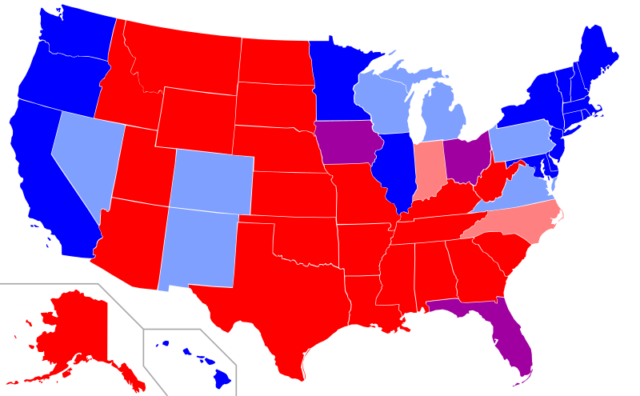 How the Republican Party turned what seemed like a dire situation after disastrous losses in both the 2006 and 2008 elections into legislative majorities so unbreakable, so impregnable, that none of the outcomes are in doubt until after the 2020 census, is one of the greatest and least known political stories. Really, it is a story about the election of 2010, an election as consequential as any in U.S. history. As provided in the Constitution, every state redraws all of its district lines every 10 years; that is, after the census. That means that elections in “zero years” matter more than others. This is where our story begins.

Chris Jankowski, who was one of the leading tacticians of the Republican State Leadership Committee (RSLC) and brainchild of what came to be known as the Redistricting Majority Project (REDMAP), had a brilliant idea, an idea that would come to reshape the course of our history. He realized that Republicans should mount an aggressive campaign to flip state legislatures ahead of post-census redistricting, then press the advantage to both redraw congressional and state legislative lines in their favor. Presidents almost always lose seats in a midterm election. Democratic turnout always falls in non-presidential years. Control redistricting and you control Congress.

On a state level, the election of 2010 was the biggest rout in modern history. Republicans gained almost 700 seats nationwide, surpassing the 628 Democrats grabbed post-Watergate in 1974. After election day 2010, the Republicans could draw 193 House seats on their own. A party needs only 218 seats to control Congress. REDMAP helped to lock in control of half of Congress until at least 2020. According to David Wasserman of The Cook Political Report, “The maps have become so tilted that Democrats would need to win the national popular vote by between six and seven points in order to win the barest possible House majority.” Some of the traditionally blue/purple states Republicans took in 2010 were Wisconsin, Michigan, Ohio, Pennsylvania, North Carolina and Florida, just to name a few.

Democrats got their first taste of the new maps in 2012, which was, in fact, a big Democratic year. President Obama won reelection, besting Governor Romney in the Electoral College by a decisive 332-206 margin, and by some 3.5 million in the popular vote. One-third of the Senate was up for election, and Democrats handily won 23 of the 33 races.

Nationwide, 1.4 million more Americans cast their votes for Democratic U.S. House candidates than Republican candidates — and yet Republicans still came away with a 33-seat advantage in the House. REDMAP built a firewall against the popular will and it held strong. Those districts, intended by the country’s founders to be directly responsive to the people’s will, have now been insulated from it. This is also how Republicans won 75 percent of  the U.S. House seats in the state of Ohio with just 51 percent of the vote. And so it went for all of the traditionally blue/purple states mentioned above.

Norman Ornstein of the conservative-leaning American Enterprise Institute stated, “It basically means that the whole constitutional notion of the House as a mirror of popular views comes into jeopardy.” This is why the only election that matters is the party primary. This is why we have no action on gun control, despite popular support; attacks on labor unions in traditionally blue states, despite the will of people; and nonsensical bathroom bills.

The REDMAP Project was a cohesive conservative strategy, years in the making, thought out district by district, dollar by dollar, nationwide, in just the right year. The assertion was bold, yet so logical that one does not know whether to stand back and admire the audaciousness, indict the Democrats for gross negligence and lack of imagination, or simply howl over the undemocraticness of it all.

People on the right complain about big government taking away our rights. Yet the most fundamental right of a democracy is the right to have your vote count; those same people don’t seem to be worried about it. It strikes me as insane. We need nationwide non-partisan/independent commissions for reapportionment. It needs to be illegal to use political or racial data, and cities and counties must remain contiguous. People need to get angry, rise up and let their members of Congress hear their voices. Do this as if the very ideals of  this country and everything it is supposed to stand for is being threatened, because in reality, that is exactly where we find ourselves.