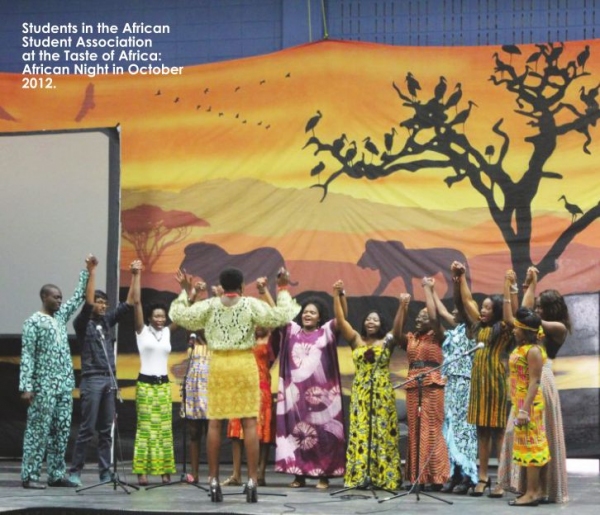 Finding a smaller community within the larger one

Exploring a new world is always daunting. And, in a way, attending a large school like the University of Colorado Boulder is similar to navigating a new world — one with uncharted territories and a whole host of alien counterparts.

But according to Jon Tsudo, director of the Student Organization Finance Office at CU, joining a student group will combat some of the unfamiliarity and vastness of a new place and help create a smaller community within the larger one and enhance classroom learning experiences.

“We’ve got hundreds of student groups who are currently operating,” he says. “For many of our students, some of these student organizations tie directly into their academics, so there is a direct correlation there.”

And, according to Lauren Brunetti, who is a front desk employee at SOFO, getting involved will augment a student’s college experience.

“I definitely think the more you get involved, the more you’ll get out of your education,” Brunetti says. “Getting involved will open up so many different doors. It will help with meeting people and getting internships.”

This seems to be true at any university, however, at CU the vast campus adds incentive to get involved in smaller and more intimate student organizations.

“I think being at such a big university, you will have more a sense of belonging if you do get involved,” Brunetti says.

Many of the groups, like Bocce Ball Club, exist purely for the enjoyment of group members.

“For many other students, they find that an extracurricular activity with a student organization helps them to broaden their teamwork and leadership skills and opens another avenue to meet people,” says Tsudo.

And according to Tsudo and Brunetti, new student organizations, both independent and affiliated with CU, are formed every year. According to Tsudo, students are encouraged to establish student groups they feel are missing on campus.

“We have had 12 affiliated student groups open since January this year and then independent student groups, we’ve had about 30 established,” Brunetti says.

And the options are endless, she says, describing a few independent student groups.

“We have anything from Smart Moms at CU to Technology Bridges, which focuses on bridging the gap in technology between students and their grandparents,” she says.

The Student Organization Finance Office categorizes organizations by interest, including groups in categories for academics, graduate level organizations, Greek sorority, Greek fraternity, honor society, sports, political, religious, service, international, different ethnic student groups, student groups with a special interest and diverse student groups, which include organizations focusing on multiculturalism and sexual orientation. Some of the many opportunities at CU are broken down below.

Radio 1190 is CU’s student-run radio station. Students can volunteer as DJs or participate in the Street Team.

Program Council hosts free or low-cost entertainment for students like concerts, sneak peeks of movies not yet in theaters and comedy shows. The Friday Night Film series provides free movies for students every Friday.

The CU Independent is the online student newspaper, whose goal, according to its website, is to offer a voice for all members of the CU community, provide relevant news and give accurate information. Students interested in joining can apply online.

For independent, foreign and arthouse film junkies, the International Film Series screens more than 100 films per year and offers a student discount, according to its website.

Set below the scenic Flatirons, CU provides a wealth of outdoor and sporting opportunities.

Students interested in formal recruitment for women’s social (Panhellenic) sororities must sign up by Sept. 18. Fall recruitment will run from Sept. 20 to Sept. 25 this year.

Fraternity recruitment is more free-form, but fraternities will hold open houses on Saturday, Sept. 21, from 5 to 9:30 p.m. and Sunday, Sept. 22, from 1 to 6 p.m. for those interested in joining.

One way to get involved is to join CU’s student government, University of Colorado Student Government (CUSG). Incoming students can join the Freshman Class Council, the Diversity Commission, or one of the joint boards (Rec Board, E-Center, Health Board, UMC Board and Finance Board).

According to its website, the Volunteer Resource Center can offer community service opportunities or catalyze participation in Alternative Breaks, a group the helps students learn about social and environmental justice issues faced by members of diverse communities through education, direct service and reflection.

Career Services aids students in finding internships during their time at CU and prepares them for a career after graduation.

Paid and volunteer opportunities for students can be found at the Advocacy Centers. They also offer a safe space, resources, work with various affiliated students groups and sponsor many events. All centers are open and welcome to anyone on campus.

Students can also get an idea of more possibilities by attending the Student Organization Fair and the Volunteer Fair. Both will provide the opportunity to meet with dozens of student groups, departments and community organizations.

The fall 2013 Student Involvement Fair will take place on Wednesday, Sept. 4, from 11 a.m. to 2 p.m. The fair will be held outside the University Memorial Center in the fountain and arcade areas.