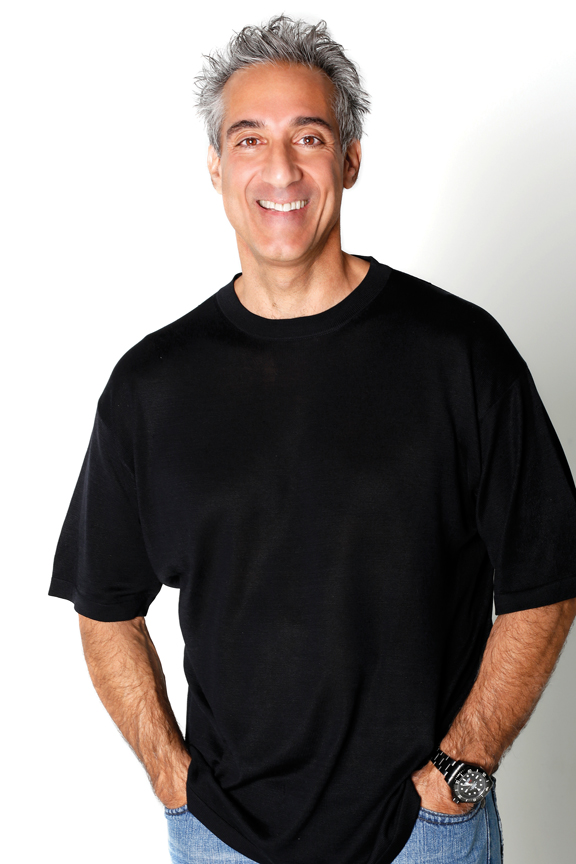 Back in the Middle Ages, when public health, immunization and plumbing weren’t realities of daily life, things like feces, urine and butchered animal’s blood and guts would be left out in the streets. The black plague would soon follow.

“So says the book [The Great Mortality] anyway — I wasn’t there,” says Ben Fuchs, a nutritional pharmacist from Boulder and host of the radio show The Bright Side on the Genesis Communications Network. “So I’m reading this [book] and I’m thinking, ‘How can people be so stupid?’ And then I realize … we poison people to get them better,” Fuchs says, referring to treatments like chemotherapy. “It is the most asinine … backwards system.”

The radio show host of nearly 20 years studied biochemistry and graduated from pharmacology school at the University of Colorado Boulder in the ’80s — after receiving a broadcast journalism degree at Syracuse University. He believes in a different medical philosophy, not centered on homeopathic or allopathic, but nutrional supplementation, digestive health and proper diet.

Fuchs explains that humans would die without essential nutrients such as magnesium, or vitamins A and C, and says that although those things are impossible to extract from the body all at once, when the body starts depleting itself of these essential nutrients, or basic elements such as water and oxygen, that is when degenerative diseases kick in.

“Starvation, suffocation, toxification and then inflammation,” Fuchs says. “Your blood pressure will change, your bones will get weaker, you’ll be a little confused, you’ll have muscle fatigue, you’ll have anxiety.”

As a former pharmacology student and research assistant at Blistex (started by a CU professor), Fuchs says he would study the toxic nature of drugs while studying the medicinal properties of vitamins and minerals. When he got a job at a K-mart pharmacy shortly after school, he would question why toxins would be administered to heal the body.

“I was complicit. People would come in with a bunch of pill bottles … and you’d have to fill 15 to 20 pill bottles. They’re each individually poisonous, let alone 15 to 20 of these things [used in combination],” Fuchs says. “One day I just… I felt terrible and started recommending nutrition to people. ‘You might wanna take some vitamin C with that, some probiotics.’ Needless to say, K-mart was not happy with me.”

“It’s almost like getting a master’s in nutrition just by listening to him,” says Dr. Bonnie Friehling, who’s practiced as a medical doctor for 34 years and resides in Columbia, Mo. Friehling currently uses Fuchs’ newly formulated scar cream. “I learned things from him that I never learned in medical school or any of my training. Most everything he says reso nates with what I recommend to patients.”

Fuchs now holds steadfast to the idea that drugs can’t heal and that the “numbers” used to indicate good health markers are a hat trick that don’t address the root cause of the problem. He doesn’t like to be called a health nut either, but someone who has just figured out the “nobrainer” of good nutrition.

He cringes and strays away from talking about himself, but is wideeyed when talking about the history of biochemical advancement in the 1900s, what he calls the “McDonald’sification” of the medical school curriculum by Abraham Flexner (whose Flexner Report, published in 1910, is widely seen as the key document that reformed medical education in the United States), and the drug companies that would soon make “phenomenal margins” by working with the schools.

But Fuchs won’t bash on drugs all day. He believes there are two kinds of medicine: heroic and ambulatory.

“Heroic medicine is if you get hit by a car, if you have a heart attack, need stitching. Nobody is putting that down, that is a marvel, and surgeons who do that are technicians of the highest degree,” Fuchs says, adding that emergency drugs like pain pills, antibiotics and antimicrobials are necessary in correct doses. “[But] ambulatory medicine is the kind of medicine where you walk. You walk into the office and you walk out of the office. This is the kind of medicine that addresses what you need nutrition for, what you need food for, what you need lifestyle choices for. This is dishonest, this isn’t fair. … This is 80 percent of the cost of our healthcare — ambulatory, degenerative disease they call it. This is where I come in.”

His philosophy addressed at the beginning of his radio show The Bright Side, which airs weekdays from 9-10 a.m. at www.GCNlive. com, talks about the design of the human body and how its biochemical system can regenerate itself on a moment-to-moment basis.

He offers natural solutions to better health and tries to wean his audience off of polypharmaceutical medicine — or medications containing several drugs. Topics range from the meaning of hormones, to the trickery of fancy Latin-named diseases, to protein smoothies, to the health benefits of apple cider vinegar, to gut health, to the elimination diet (eliminating problematic foods from your diet).

And for the upcoming cold season, Fuchs says ditch the flu shot and strengthen your immune system by getting efficient zinc, vitamin C, water and sleep. He highlights the importance of not stressing the body and staying away from chronic fearful or negative thoughts.

“Love your body. Take care of it. Activate the parasympathetic nervous system — nutrition, stable blood sugar, respiration, taking a load off the body, repairing digestive issues, absorption. It’s the same stuff over and over again,” he says. “Get in a hot tub — God wants you in a hot tub.”