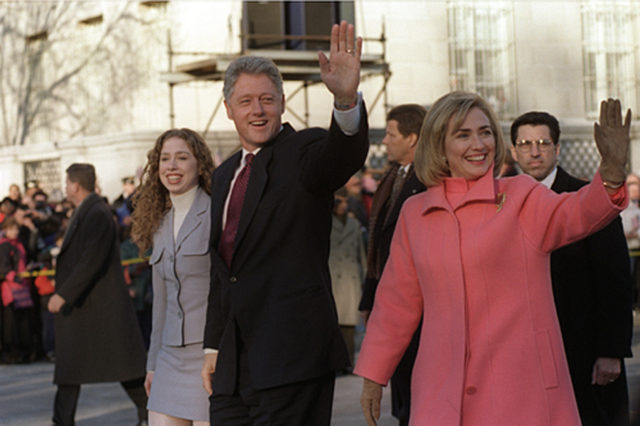 It is odd that an autopsy should need to be done for the Democratic Party in an election year that saw them make gains in both the House of Representatives, the Senate and win the popular vote of the American people.

Yet, I would argue that never before has it been more of a pressing issue for the supposed party of the people than it is right now. This autopsy requires us to travel back to the year 1984, specifically after President Reagan’s landslide victory over Walter Mondale.

After this crushing defeat, 20 top Democratic Party fundraisers met to discuss strategies for the future and how they could have more policy influence in campaigns and how they might use their fundraising skills to move the party toward their business oriented, centrist viewpoints. What came of this meeting was the creation of the Democratic Leadership Council (DLC).

In 1990 the DLC chose as its chairman a relatively unknown governor of the state of Arkansas named Bill Clinton. The DLC’s stated objective was to shift the party to the right using whatever ideological tools were at hand. The DLC was just one facet of a much broader mosaic of elitist political reorientation — a reorientation profoundly out of step with the American people.

In 1991, Clinton told a DLC conference in Cleveland: “Our New Choice plainly rejects the old ideologies and the false choices they impose. Our agenda isn’t liberal or conservative. It is both, and it is different.”

The DLC called their platform progressive, an ironic choice, as a pushback against journalists’ more accurate recognition that it represented a conservative force within the Democratic Party.

President Clinton’s accomplishments read like a blueprint from a Republican playbook. A few of his highlights included: the signing of the North American Free Trade Agreement, the Defense of Marriage Act, the don’t ask, don’t tell military policy, welfare reform, creation of the era of mass incarceration, and Wall Street deregulation. Keep in mind that the welfare reform, called Personal Responsibility and Work Opportunity Act, literally came straight out of the Republicans’ “Contract with America.”

As you might have guessed, this so-called reform made it much more difficult for families in need to receive assistance.

It is important to note that Democrats have historically opposed all of the things I listed above and probably would’ve continued to do so if a Republican had been the president proposing them. It took a wolf in sheep’s clothing to get much of this Republican legislature passed. President Clinton was also for the privatizing of social security, but it got derailed during the Republicans foolish impeachment of his presidency. Thankfully, the Republicans had not realized the Manchurian Candidate in their midst who was acting on their behalf.

The fact that Democrats lost the House in a landslide, for the first time in 40 years, two years after Clinton’s election does not square at all with the notion that he saved the Democratic Party, or that DLC politics constructed a working majority with progressive ideals at the heart of it. In fact, it did the exact opposite, destroying the Democratic Party which had long been the bastion for progressive ideals and political leaders.

Obama had nothing to do with the DLC, directly. But he grew up politically in the world that the DLC had created and is absolutely a center to center-right candidate.

The Democratic Party’s rebranding works first and foremost with the donor class, and then the broader political elite, which provides guidance to the mass public in ordinary times. But this system fails to really engage the public directly, or respond to their needs, which is why participation falls off so sharply during mid-term elections, leaving the possibility of a working majority increasingly out of reach.

Progressive voices such as Bernie Sanders and Elizabeth Warren should not sound like outliers and be suppressed within our party. They are how the Democratic Party should sound, yet they are currently a threatened species. Choosing Chuck Schumer and Nancy Pelosi to continue leading our party down this road is exactly what should not have happened.

Now, more than ever, we need to go back and ask ourselves: What were the roads not taken? Where could they have lead us instead of here? Difficult conversations will be needed, as well as a reckoning with the fact that today’s democrats are yesterday’s republicans.