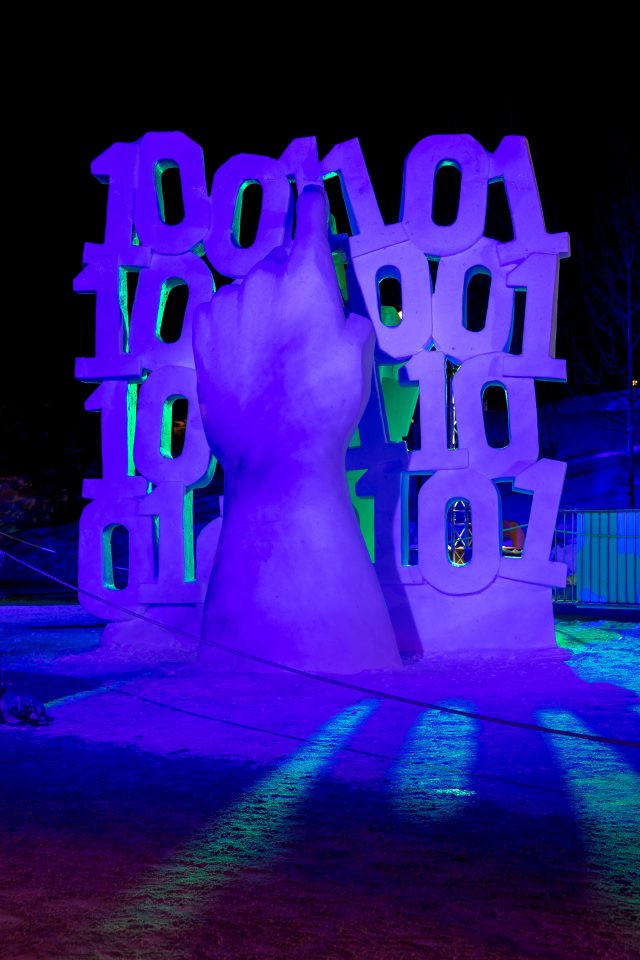 Each January, Breckenridge welcomes snow sculptors from across the globe to compete in the International Snow Sculpture Championships. Four teammates are allotted 94 hours to carve 20-ton blocks of ice, measuring 12 feet high, into frozen masterpieces. Each June, the festival committee sends out 250 invitations and a selection committee then decides which teams to invite. Teams are only able to use hand tools such as vegetable peelers, chicken wire, and small saws — no power tools allowed.

In 2022, nine teams competed, six from the United States, one from Ecuador, one from Mexico, and one from Germany. Gold, silver, and bronze medals are awarded to three winning teams. Two additional prizes are also granted, one for the People’s Choice Award and one for the Lothar Luboschik Artists’ Choice Award. There is no cash prize, only glory.

Massive amounts of work go into creating the blocks. Breckenridge Resort makes the snow and the Town of Breckenridge Public Works hauls it to the event site via dump trucks. Once in the town, volunteers stomp the snow into condensed blocks.

To whet your whistle for this year’s 59th annual Snow Sculpture Championship, here are some photos from last year’s competition.