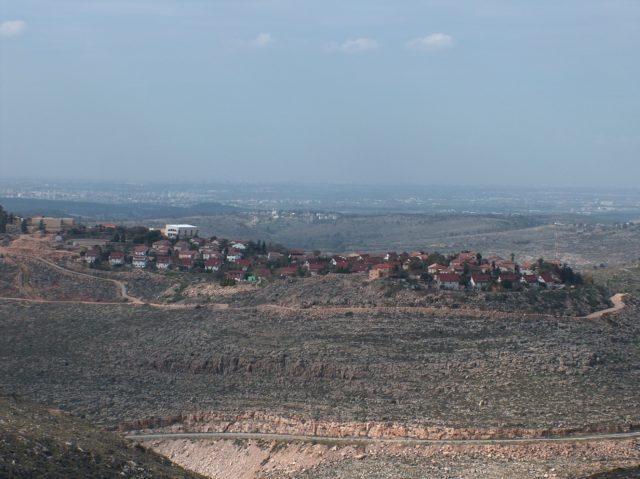 On Dec. 23, the United Nations Security Council (UNSC) adopted Resolution 2334, which declared that Israeli settlements in the West Bank and East Jerusalem are in “flagrant violation” of international law and demanded that all settlement activities “immediately and completely cease.” The resolution notes they pose “a major obstacle to the vision of two States living side-by-side in peace and security.”

The vote was 14-0 and the United States abstained. Although the UNSC has considered the Jewish-only settlements illegal since 1979, there hasn’t been a council resolution specifically condemning the settlement policy for more than 35 years.

In a speech following her abstention, Samantha Power, the U.S. ambassador to the U.N., said U.S. presidents of both parties have opposed Israeli colonization for five decades. She quoted Ronald Reagan saying in 1982 that an immediate settlement freeze by Israel would be the most significant factor in allowing peace talks to proceed.

In a remarkably candid 70-minute speech explaining the Obama administration’s action, Secretary of State John Kerry said the Israeli government is putting the two-state solution “in serious jeopardy” by building settlements “in the middle of what, by any reasonable definition, would be the future Palestinian state.” He concluded, “If the choice is one state, Israel can either be Jewish or democratic, it cannot be both, and it won’t ever really be at peace.”

This was a turning point, but was it too little and too late? Obama and Kerry are headed out the door. Hussein Ibish, a Palestinian-American scholar who supports a two-state solution, said that if Kerry’s speech had been delivered three years ago and it had been backed up by “real policies with significant consequences to all parties for non-compliance — it would have surely been historic.”

Donald Trump promises a sharp turn to the right. He has nominated his personal bankruptcy lawyer, David Friedman, as U.S. ambassador to Israel. Haaretz, an influential Israeli newspaper, expressed alarm over the appointment, saying, “Based on statements he has issued and columns he has penned, Friedman is positioned on the far right of the Israeli political map — more hardline in his views than Prime Minister Benjamin Netanyahu.”

Friedman supports the annexation of the entire West Bank and is the president of the American Friends in Beit El Yeshive, an organization that supports projects in the ultra-right settlement of Beit El, which is built on private Palestinian land without Israeli government approval.

Meanwhile, Palestinian Authority President Mahmoud Abbas (Abu Mazen) hosted a public meeting with 250 Israeli peace and political activists, academics and writers in Ramallah on the West Bank. Abbas said the Paris peace conference set to be held on Jan. 15 is a chance to resolve the Israeli-Palestinian conflict with international support and a timetable for implementation. Seventy countries will participate but Netanyahu will boycott the meeting.

Abbas called for direct negotiations with Israel after a freeze in settlement building. He added: “We will not achieve peace without talking. We don’t believe in violence. We reject terror. We reject extremism. The only way for peace is through direct negotiation, and we don’t need a U.N. resolution to do it for us.”

Former Israeli housing minister Ran Cohen gave Abbas a copy of his autobiography, Sa‘id. “I was born in Baghdad, Sa‘id was my name as a child and Arabic was my mother tongue,” said Cohen, who started his speech in that language. “As a child I had to undertake a far from easy journey — from Baghdad to Basra in southern Iraq, from there to Tehran and finally to Israel. I remember the feeling of joy and jubilation which I felt as a child who came to Israel after that difficult journey. The words ‘To be a Free People in Our Country’ were for me more than rhetoric — they were the reality of life. That is the joy and jubilation that I wish and hope for the Palestinian children in Ramallah and in all the Occupied Territories — to be free, to enjoy the independence and liberation which all people and all nations deserve, to be free in their country, in Free Palestine which would live in peace with Israel. “

Cohen is not unusual. While Zionism (the Jewish nationalist movement) originated in Europe, about half of the Jewish population in Israel is indigenous to the Middle East. One in five Israeli citizens are Arab — Muslim, Christian, Druze, Bedouin. The Israeli establishment prefers to call them “Israeli Arabs” but increasingly they want to identify as Palestinians. They have a right to vote and currently there are 17 Palestinian Israelis in the Israeli Knesset (parliament). But the U.S. State Department says they face “institutional, legal, and societal discrimination.”

The situation in the Occupied Territories is different. Amnesty International reports that in the West Bank, Israeli forces commit unlawful killings of Palestinian civilians, including children, and detain thousands who protest the occupation. Torture and other ill-treatment is common. Israel also imposes collective punishment on Gaza with a land, sea and air blockade.

At the very least, we should pressure the Senate to block the confirmation of David Friedman as the U.S. ambassador to Israel. We need to support the Palestinian people’s right to self-determination and to stop Israel from becoming an apartheid state.