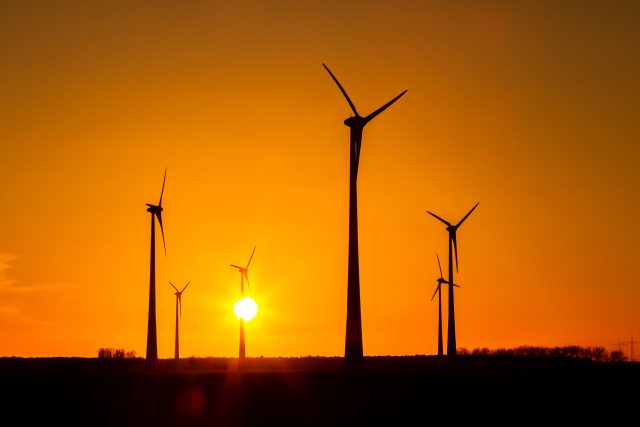 Many Western states have declared they will achieve all-renewable electrical goals in just two decades. Call me naïve, but haven’t energy experts predicted that wind, sun and other alternative energy sources aren’t up to the job?

Alice Jackson, former CEO of Xcel energy’s Colorado operation, was blunt at a renewable energy conference in February 2020: “We can reliably run our grid with up to 70% renewables. Add batteries to the mix and that number goes up to just 72%.”

Grid experts now say that Jackson’s number is 80%, but still — how will that utility and others produce that missing power?

Bill Gates and a raft of other entrepreneurs see an answer in small, modular nuclear reactors, pointing to the small nuclear engines that have safely run America’s nuclear submarines for decades.

Here’s what we know about these efficient reactors: They’re built in factories and once in operation they’re cheap to keep going. Each module is typically 50 megawatts, self-contained, and installed underground after being transported to its site. The modular design means that when more power is needed, another reactor can be slotted in.

Breakthrough features include safety valves that automatically send coolant to the reactor if heat spikes. This feature alone could have eliminated disasters like Fukushima or Chernobyl, where water pumps failed and cores started melting down.

If small nuclear modules don’t fill the renewables gap, where else to find the “firm power” that Jackson says is needed? The Sierra Club calls on pumped hydro and geothermal as sources of reliable electricity you can just flip on when renewables slow down. Yet the best geothermal spots have been taken, and pumped hydro has both geographic limits and environmental resistance.

Another proposal is linking grids across the country for greater efficiency. The idea is that wind blowing in Texas could be tapped after the sun goes down on California’s solar farms. This holds incremental promise but progress has been routinely blocked by conservative lawmakers.

There’s also the cost argument — that renewables are cheaper. In a fossil-fuel-dominated grid that’s true. However, Massachusetts Institute of Technology points out that as renewables dominate the grid, on-demand forms of power rise in value.

The extreme danger to the grid is the dreaded “dunkelflaute,” a German word for cloudy, windless weather that slashes solar and wind power generation for weeks.

So the problem remains: We need reliable power at the right times, which are usually from 5 to 8 p.m. That’s when people come home and fire up their appliances.

The increasing demand for electricity only adds to the problem: A 2020 Washington Post article predicted that electrification of the economy by 2050 would result in a usage bump of 38%, mostly from vehicles. Consider Ford’s all-electric F150 Lightning, cousin to the bestselling gasoline-powered F150. The $39,000 entry-level truck was designed to replace gasoline generators at job sites, meaning vehicle recharge happens when workers go home, just as renewables flag.

This calls into question what many experts hope car batteries can provide — doing double duty by furnishing peak power for homes at night.

Longer-lasting storage batteries have long been touted as a savior, though Tara Righetti, co-director of the Nuclear Energy Research Center at the University of Wyoming, has reservations. “There are high hopes that better batteries will be developed. But in terms of what is technically accessible right now? I think nuclear provides an appealing option.”

Meanwhile, small nuclear reactors are underway, with Bill Gates’ TerraPower building a sodium-cooled fast reactor in the coal town of Kemmerer, Wyoming. One 345-megawatt reactor, which generates enough electricity for 400,000 homes, will be paired with a molten-salt, heat storage facility. Think of it as a constantly recharging battery in the form of stored heat. In the evening as renewable power flags, it would pump out 500 megawatts of power for up to five hours.

These reactors also tackle the little-known problem of cold-starting the electrical grid after an outage. In 2003, suffering a blackout, the Eastern grid could not have restarted with renewables alone.

However we choose to close the energy gap, there’s no time to lose. Wild temperature swings have grid operators increasingly nervous. This summer California came close to rolling blackouts, and temperatures in the West broke record after record. As our climate becomes more erratic, reliable electricity is becoming a matter of life and death.

Dave Marston is the publisher of Writers on the Range, an independent nonprofit dedicated to spurring lively conversation about the West. He lives in Colorado.