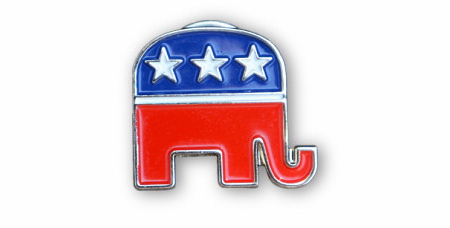 The marriage between the Republican Party and big business is shattering, according to many breathless news stories. “My advice to the corporate CEOs of America is to stay out of politics,” thundered Mitch McConnell. Something is weird since McConnell has been a leading corporate stooge as well as the biggest defender of the Supreme Court’s Citizens United decision, which resulted in a tsunami of secret corporate cash into the political process.

In late January, GOP Sen. Josh Hawley of Missouri penned a front page op-ed in Rupert Murdoch’s New York Post entitled “It’s time to stand up against the muzzling of America.” He proclaimed: “The alliance of leftists and woke capitalists hopes to regulate the innermost thoughts of every American, from school age to retirement. And they’ve trained enforcers of the woke orthodoxy to monitor dissent or misbehavior.

“…Your ‘conservative’ social platform isn’t worth much when Amazon can shut it down. Your vote may still be yours, but if your party is denied the means to effectively organize by corporate monopolies, it’s not going to win. Your church, well, you can still attend for now, but go to the wrong church and you may not have a job in a few years.”
Hawley felt persecuted because so many have called for his resignation after he “fist-pumped and cheered the rioters as they arrived on Capitol Hill” on Jan. 6 in the words of the St. Louis Post-Dispatch editorial board.

Not too long ago, right-wingers denounced leftists for our anti-corporate power views. Now we are supposedly in cahoots with “woke” big business. Adam Serwer of The Atlantic notes the term “woke” is “stolen from Black American English, repurposed by conservatives as an epithet to express opposition to forms of egalitarianism they find ridiculous or distasteful.” Republicans are now posing as “the working class party.” However, Serwer says, “Republicans cannot imagine labor relations as exploitative except in that someone might have to sit through a tedious video on race or gender sensitivity in the workplace.”

Serwer doesn’t believe that “woke capital” exists as a distinct group in the power structure. “Brand management” exists. Big corporations do not want to be branded as racist, sexist or homophobic. Consumer boycotts can really hurt.
Meanwhile, GOP plutocrats are launching a new PR effort in the culture war. Recently, someone shared a fundraising email with Isaac Stanley-Becker of the Washington Post. It was from a Republican-aligned group which has launched an initiative called the “American Culture Project,” a stealth “persuasion machine” to “reclaim the public narrative” from “the left” with its “cancel culture” and “woke supremacy.” Created as a social welfare organization, the project doesn’t have to disclose its donors or pay federal income taxes. Little is publicly known about its activities.

Through ads on Facebook and other platforms, it aims to swing voters to the Republicans in the 2022 election and beyond. It has organizations in at least five states — Florida, Illinois, Michigan, Ohio and Virginia. It presents itself as an outlet for news dissemination and community building. The Michigan group organized against pandemic business restrictions by Gov. Gretchen Whitmer.

Recently, major corporations have been issuing statements denouncing voter suppression laws proposed by Republicans in state legislatures across the U.S. However, the consumer advocacy group Public Citizen released a report early this month — titled “The Corporate Sponsors of Voter Suppression” — which showed that since 2015, AT&T, Comcast, UnitedHealth Group, Walmart and other big businesses have donated a combined $50 million to state Republican lawmakers who are currently supporting voter suppression bills. During the 2020 election cycle, U.S. corporations donated $22 million to Republican architects of voter suppression bills that are advancing through state legislatures.
Hundreds of U.S. companies and CEOs recently signed onto a two-page spread in the print editions of the New York Times, the Washington Post and the Wall Street Journal, which stated, “For American democracy to work for any of us, we must ensure the right to vote for all of us.”

Yet, several of the companies that lent their names to the statement are also members of the highly influential business lobbying group the U.S. Chamber of Commerce that recently put out a “key vote alert” against the comprehensive voting rights and election reform bill in U.S. Congress. (S. 1/H.R. 1 or the For The People Act). Rick Claypool, one of the authors of the Public Citizen report, gets it right:

“No matter how many PR statements Big Business puts out, its complicity with the anti-democratic forces that want to make voting harder is clear. Corporations should keep their money out of our democracy — and Congress must put the people back in charge by swiftly passing the For The People Act.”