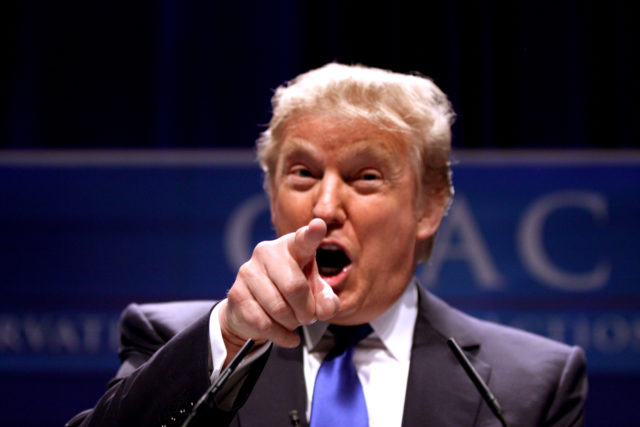 It’s difficult to exaggerate the significance of what the Republicans are trying to do with their grotesque and brazen tax scam. They are determined to kill the New Deal concept that the government has a responsibility to do what’s best for all of us.

This happened before. In the 1920s, the Republicans controlled all branches of the federal government like they do now. They argued that the nation would be prosperous if the government coddled the rich by giving them huge tax cuts and by slashing business regulations.

Big business was worshipped. President Calvin Coolidge said, “The man who builds a factory builds a temple,” and “the man who works there worships there.” In 1926, Coolidge’s treasury secretary, Andrew Mellon, one of the planet’s wealthiest men, advanced a gigantic tax cut that would significantly contribute to the causes of the Great Depression. The legendary progressive Republican Sen. George Norris of Nebraska denounced the tax bill and observed that, “Mr. Mellon himself gets a larger personal reduction (in taxes) than the aggregate of practically all the taxpayers in the state of Nebraska.”

The income inequality destabilized the economy. At the time of the stock market crash in 1929, half of the families in America were living at or below the poverty level. They were too poor to buy goods and services and too poor to pay their debts. With no markets for their goods, manufacturers laid off tens of thousands of workers.

The Republicans claim that if you give big piles of money to rich people, the wealth will “trickle down” to ordinary people and bring jobs and higher wages. That never happens.

Some of the nation’s largest, most profitable companies — Pfizer, Coca-Cola and Cisco — are now openly admitting they will give the tax savings to shareholders. In November, at a Wall Street Journal event for corporate executives featuring Trump’s top economic advisor (and former Goldman Sachs CEO) Gary Cohn, the moderator asked the audience: “If the tax reform bill goes through, do you plan to increase investment — your company’s investment, capital investment?”

Just a few raised their hands. Cohn seemed quite angry and asked, “Why aren’t the other hands up?”

This was being filmed.

The shamelessness is impressive. Paul Ryan and Marco Rubio are already saying that they will have to take an ax to social insurance and safety net programs right after they pass the tax bill.

Sen. Chuck Grassley of Iowa snapped at reporters when asked about the tax bill’s weakening of the estate tax (which only benefits the wealthiest 0.2 percent of Americans). He said, “I think not having the estate tax recognizes the people that are investing. As opposed to those that are just spending every darn penny they have, whether it’s on booze or women or movies.”

On the Senate floor, Orrin Hatch of Utah grumbled that he was sick of helping lower-income people: “I have a rough time wanting to spend billions and billions and trillions of dollars to help people who won’t help themselves, won’t lift a finger and expect the federal government to do everything.”

As the lead Republican tax writer, Hatch was asked about the Child’s Health Insurance Program. He said funding for the program “is having trouble (passing) because we don’t have money anymore.”

Rep. Keith Ellison (D-Minnesota) says the GOP tax bills are “more about reordering our society and creating a hereditary aristocracy… What they will do with these massive tax breaks is they will buy each other up in more mergers, which will concentrate markets and make it much more difficult for small businesses and workers. They’ll also pay each other off and give each other more bonuses, which they will use to purchase political influence in Washington and state capitals all over the country. So, you’re talking about giving a lot of money to people who are already rich. They pretty much cannot use the money to spark consumer demand, because they’re already satiated from a financial standpoint, and will be raising taxes on many middle-class and working-class people.”

This madness has to end. The Trump tax cuts for the rich have to be defeated.