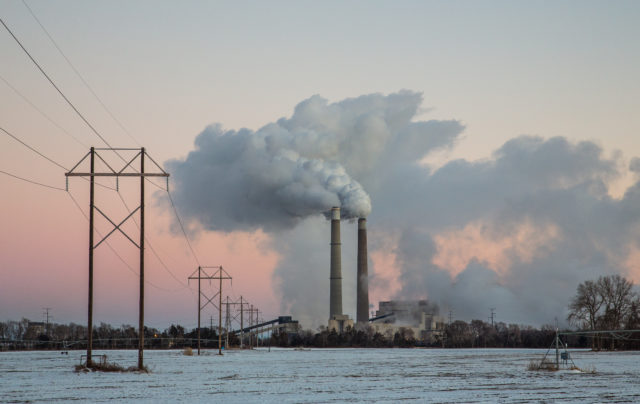 Our situation is not comparable to anything in the past. It is impossible, therefore, to apply methods and measures which at an earlier age might have been sufficient. We must revolutionize our thinking.

Previously I drew a parallel of our current milieu to the rapid switch of transportation from the horse to the automobile (Re: Guest Column, “Xcel Energy, the writing is on the wall,” Sept. 10). Now I will move forward in time to the deregulation of telecommunications in the 1980s and 1990s. The dissolution of the entrenched incumbent telecommunication monopoly spawned a competitive free-market that led to a Digital Revolution: rates became competitive, customer service became critical, the internet, voice over data, cell phones progressing to smartphones, regional carriers and much, much more for much, much less. We are on the brink of Xcel’s transformation into Ma Xcel, and we know what we have to do: Vote No on a 20-year franchise that delays an inevitable clean energy free-market.

Things have changed. Our investor-owned utility made sense in a world where the ginormous central station required massive investment, not in a world where the barriers to entry are exceedingly low. The advent of Distributed Energy Resources and falling storage prices are putting control in our hands. Anyone can enter the clean energy market today. I have solar and storage behind the meter; I store energy during the day for load and to use at night, and sell the surplus. I create more electricity than I use annually: When this happens at scale, Pueblo’s coal-fired plant’s need vaporizes. Time-of-use disappears, replaced with “surge” retail rates on an open energy market. The adoption at scale is a given as the upward spiral of rate increases makes it clear that we can no longer afford price regulation. Unfortunately, because I am a captive producer, I cannot sell the surplus on the open market. The central stations, commonly known as “stranded assets,” have become irrelevant and represent unwise investments. Reentering franchise means the impossibility of applying measures and methods of an earlier age that Einstein reminded us.

We can make the energy investments on our own (either on the roof or in community solar if required). As a captured customer base, we are paying for the monopoly’s investments on our behalf even when these investments have been in the last century’s business model. A climate emergency is in effect, and clean energy needs to be the new standard. With the marginal cost of renewwables zero, our regulated monopoly is charging us more for choosing clean energy than conventional dirty energy: Is this an incentive to clean up our act?

We are currently free of the franchise and remaining so will hasten our control of rates, investments, community broadband and competitive innovation, thus freeing ourselves to conceive an “Enernet” every bit as revolutionary as the internet. We are entering an era when we might co-create future generation possibilities without historical constraint. At today’s accelerated rate of change, entering into 20 more years of servitude is foolish.

The future in a competitive free-market Enernet looks even better than the landscape we find in telecommunications. You will be able to place as much solar on your property as you wish and be able to sell your surplus to whoever is willing to pay the most for it. Your energy usage will be behind the meter, meaning your home’s energy needs, including that EV, are coming from sunlight hitting your property. Right now, the IBMs, Apples, Microsofts, Googles, Ikeas and Walmarts of the world are ready to become retail producers as well.  They wish to ensure system reliability and compete in the retail market to supply energy to subscribers. Competitive pricing on commodity energy we all can participate in is here; it is not equally distributed.

When you own your energy, you own your future. When we consider the harvest from deregulating Ma Bell, we see the potential of freeing ourselves from Ma Xcel. It is our opportunity to own our future. We wish choice. Voting No on 2C is a vote for keeping our options open and our clean, affordable, resilient, equitable and thereby promising future uncluttered by an ill-fitting business model.