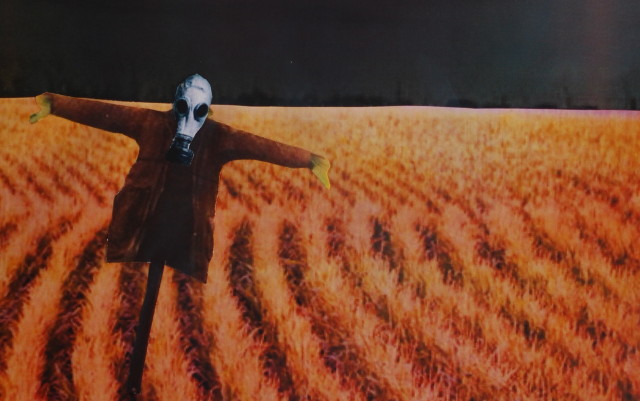 On Tuesday, March 16, the Open Space Advisory Committee voted 5-3 to recommend that certain GMOs be allowed to continue growing on Boulder County’s open space for another five years. This same panel made sure to stress they want to see far more data collected by the County over this new five-year period — data related to how GMOs and the tons of probable human carcinogens that will get sprayed on them over that time are impacting people.

This is a perfect example of the problem in Boulder County with the whole GMO debate. The majority of folks in a position — elected, appointed or hired — to make a decision about GMOs on open space don’t have the backbone to act when the time comes.

Many, and quite likely the majority of Boulder County residents, oppose growing GMO crops on the land that has been purchased with their tax dollars supposedly for their benefit. This explains why two — and purportedly all three — of our current County Commissioners have at some point during the last five-year GMO experiment period claimed they oppose the continued presence of GMOs and the pesticides and herbicides that go along with them on open space.

Such promises are key to how people get elected to the Commissioner jobs in this county. If you doubt that, try running on a pro GMO/fracking platform and see how far you get.

What are we going to learn in the next five years by kicking this nearly kicked-to-death can further down the road?

Will we discover the World Health Organization research that pronounced glyphosate — the active ingredient in the Roundup herbicide most often used on GMOs — to be a likely human carcinogen meant to say that only Europeans are likely to get cancer from it, not people in Boulder County?

Will we discover Boulder County air is incapable of moving over fences, making chemical trespass via drift impossible, despite the fact that it has already occurred on organic farms in our county?

Will the fact that glysophate overuse has been proven to create super-weeds, which now require the increased use of known carcinogens to kill them, suddenly be unproven?

Over the next five years will glysophate suddenly stop being found in groundwater throughout the world where it is used?

And finally, over the next five years will Monsanto suddenly have a crisis of conscience and be moved to start allowing scientists who aren’t on its payroll or working for universities dependent on its funding to research the effects of GMOs on human beings without the fear of being sued?

The answer to all of the above is “no.”

Nothing over the next five years will miraculously make glyphosate or other chemicals used on GMOs, like 2,4-D, any less dangerous, and there is no reason to believe that Monsanto will suddenly allow research of its patented products in the U.S. by third-party entities not beholden to the company’s economic support.

The only reason for pushing a decision on GMOs on open space five years further down the road is a lack of guts.

If the Commissioners believe the Boulder County voters and taxpayers who own this open space are wrong in their opposition to GMOs, then it’s time to step up and say so. No more, “We need to wean off GMOs slowly,” or, “We need more data,” or we need “blah blah blah.”

You have had the time, Commissioners, and you have the data. You are not obligated legally to keep your campaign promises. You are morally obligated to do what you believe is right and to say what you really believe to the people you represent.

Oppose them or don’t. It’s time to put an end to fabricated delays that offer cover until you reach your next taxpayer-funded job.
If you think GMOs are the best thing for the people of Boulder County, then cast your vote accordingly.

I think most of us can handle the truth, and we know how to use the ballot box if we disagree. What we can’t take anymore of is this never-ending process that implies backbones will be grown if we’ll just wait a few more years.