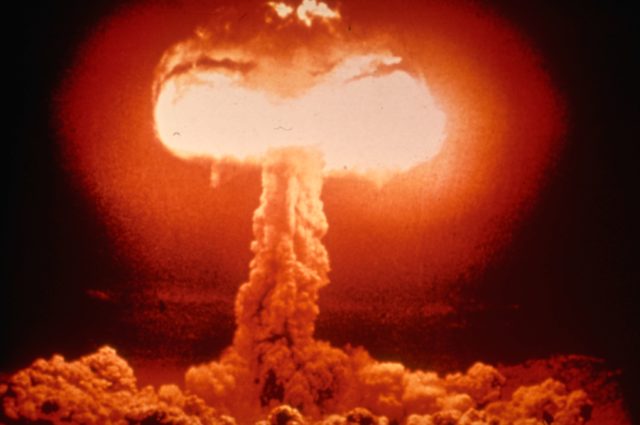 My mom always told me opening my big mouth about politics and religion would be my downfall. I don’t disagree. But this is one of those weeks where I’ve got to put her theory to the test. God help me… and I mean that in all sincerity.

Jews who vote for Democrats are disloyal and have a total lack of knowledge. Let’s start there. What could go wrong?

The President of the United States recently made this tone-deaf proclamation, considering how the term disloyal has been used to discriminate against Jewish people in the past.

I think we can all agree it’s a pretty insensitive observation, even for a white guy whose previous public observations regarding Jews were mostly anti-Semitic screeds regarding money.  But I suppose it’s to be expected from a known white nationalist racist.

At this point, it would seem this is the 2020 reelection plan. Trump literally wants to make our next election for the presidency all about race, religion and division.

The funny part is, he and his fellow elected Republicans who spend their days reading “Two Corinthians” and proclaiming their willingness to fight for Israel anywhere in the world for any reason are, in fact, the most anti-Semitic people I know. Seriously.

Here’s a very poorly kept secret. The reason Republicans pledge their allegiance to Israel is because a large portion of the Republicans’ evangelical base demands that Israel must be supported at all costs because it fits with their religious prophecies. In other words, Republican support for Israel is all about reelection, not getting primaried and not pissing off the Christian right voting bloc.

Please read this next paragraph carefully. Anyone who makes blanket statements about Christians all being this way or that is as big an idiot as Trump and as destructive as his cult of Republican yes-men. As most of you who read this column regularly know, I have spent a good part of my life in Christian circles, some quite conservative. I have done so because of my upbringing and personal life, my years of reporting on the anti-government movement and more recently my work documenting the sanctuary movement. And I don’t mind saying that in the last couple of years while working on immigration issues, I have found myself inspired and filled with hope by my experiences, and I have met many extraordinary people who count themselves as Christians.

But most of the Christians I’ve been reporting on lately are not the churchgoers who now comprise the base of the Republican Party that Trump et al. are sucking up to. So, let’s dig a little deeper into why Trump’s base is so enamored by his support of Israel and supposed support of Jews.

You see, many of these conservative, Trump-Republican-supporting Christians care about Israel because they believe their prophecies need Israel to bring about the second coming, the rapture, the end times, tribulation and Armageddon. It’s called dispensational pre-millennialism.

Short version: In their interpretation of scripture, Israel has to first be reformed as a nation. They got that in 1948.  Jerusalem has to be Israel’s capital. That is the case and explains why Trump moving our embassy there was such a big deal to his evangelical base. And finally, the end times can now arrive so Christians can all be taken up into heaven in the Rapture.

Unfortunately, in this version of the end times, the Jews who are not Christians don’t get raptured. They must now endure the battle of Armageddon, which the evangelicals believe will be so horrible that Jews will finally convert to Christianity to be saved from the slaughter. Those who don’t become Christians won’t be in heaven, meaning a hotter, less pleasant final resting place will be provided. Some denominations believe that only 144,000 Jews will make it to heaven with all the other millions of Jews being killed and getting the eternal heat treatment. Others believe the 144,000 number is simply a holy symbol not a literal number and it represents an unknown number of Jews who will convert to Christianity and be saved.

For the purposes here, the number doesn’t really matter.

The point is, Trump’s Republican base supports Israel as a matter of prophecy not politics. And the reason Israel and Jews are so important and deserving of support is because of the belief that Christians won’t get raptured in the end times unless Jews and Israel fulfill their part of the prophecy including being slaughtered into becoming Christians.

Trump is working overtime to drive a wedge between Israel and Democrats and Jews and Democrats because he knows appearing to do so will solidify his base — who is hoping he’ll bring about Armageddon.

Trump’s narcissism makes him the perfect fit for this end-times role playing.  Just this past Wednesday, Trump actually retweeted a well-known conspiracy theorist who referred to him as the “King of Israel” and the “second coming of God.”

Those outrageous claims — which equate Trump to Jesus — would previously have been seen as blasphemous by the very evangelicals currently making up his base. But alas, they remain mostly silent and loyal to their party and its leader. And this only serves to further the view that politics has replaced God as the priority for many, but not all, who count themselves among this small but politically influential wing of the Christian church.

It reminds me of Humpty Dumpty. Enough division and we may never put ourselves back together again. Let’s not let that happen. And a good place to start is not stereotyping groups of people, whether it be Jews, Christians, Republicans, Democrats, people of color or anyone else.