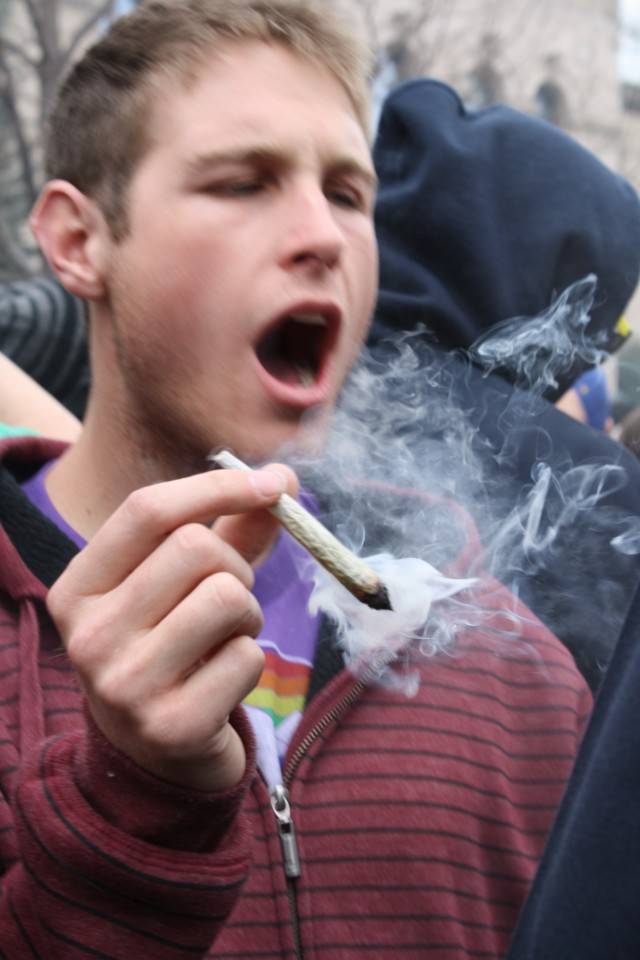 There are at least two groups that intend to put marijuana legalization initiatives on the Colorado ballot in 2012, but neither has as of yet put forward an actual proposal. Here’s mine.

If it were up to me, what I’d put on the ballot would be a proposed amendment to the Colorado Constitution consisting of just three sentences:

Notice that the proposal does not actually legalize pot. It leaves that decision to the legislature. It just says that people can’t be punished for using it. And it provides that those who do want to use it have a way of getting it that doesn’t require them to enter the black market.

I grant you that this might seem a strange way to go. If the object of the exercise is to legalize marijuana — which I strongly favor — why not just write a straightforward amendment voiding out the present laws banning marijuana and providing that its use, production, sale and taxation would, subject to regulation, be legal? Essentially like the proposal that was defeated by California voters in 2010.

We know that the country is closely divided on the question of legalizing pot. According to the latest Rasmussen survey, 42 percent favored legalization and 45 percent opposed it, with 13 percent undecided. We know that support for keeping marijuana illegal has been steadily collapsing, while support for legalizing it has been slowly increasing.

But if we step back from the polling, we can probably characterize the current attitude of most voters like this:

“The war on drugs is an expensive flop, especially when it comes to marijuana. It’s crazy to spend tens of billions of dollars a year arresting hundreds of thousands of people for smoking pot, which is generally safer than drinking beer. But legalizing marijuana? Well, I don’t know about that. Sure, I tried pot during the ’60s and ’70s, but now I’ve got kids …” The amendment I’m proposing is designed to speak to this sort of ambivalence and anxiety.

The amendment’s first clause would ban the state of Colorado from punishing people for using marijuana, while not legalizing its sale — or even legalizing its use, for that matter. It would just ban the state from punishing its use, which is different. This would create a situation not much different from the one that existed during prohibition: Alcohol was prohibited, but people who were caught using it were not punished (except by having their booze confiscated.)

Passage of this provision might not seem like much of a change, but for the 12,000-plus people who are busted for pot every year in Colorado and the hundreds of thousands who live in fear of being busted, it would be huge. Passage would also make continuation of the war on pot largely pointless and brusquely de-escalate the war on drugs.

The second clause, which allows people to grow pot for their own use, is intended to give users a legal way to get marijuana short of full legalization and take most of the profit out of the market for illegal drugs, something both the proponents and opponents of legalization would like to see.

The last clause, that one giving the legislature permission to legalize the sale of marijuana when it sees fit to do so, may seem unnecessary — the legislature already has the authority to do so, after all — but it isn’t. Most American elected officials have known for at least 20 years that the war on drugs generally and the war on pot in particular were crashing failures, but they kept voting to fund them, because it’s easier to double down on your mistakes than to tell the voters you made a big one that involves millions of people getting rap sheets. By explicitly giving the legislature permission to legalize when it feels the time is ripe, the voters would in effect be giving the lawmakers permission to change their minds.

In a perfect world, I would prefer an outright legalization initiative. But over the years I’ve learned two political lessons that apply here:

2. The guy who said politics is the art of the possible knew what he was talking about.