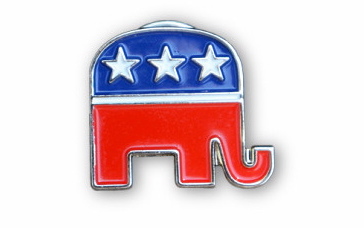 Violent far rightists have been around for some time, but the Jan. 6 hearings have revealed their incestuous relationships with some of the most powerful figures in American politics.

The House Committee revealed that the Proud Boys and Oath Keepers were the ring leaders of the calculated mayhem at the U.S. Capitol. Kleinfeld notes that “violence (that day), first used as a political tool and now partially mainstreamed, has spread. The events on January 6 are not past. They are prelude.”

“As a researcher on violence and democracy around the world, I have studied party-linked militia groups for years. In countries like Iraq, Nigeria, Lebanon, and Colombia, politicians outsource violence to specialists in the trade, just as they hire consultants for robocalls and direct mail. In the past, googling these terms brought up countries just escaping from conflict or descending into it. Now, the United States, where militias have been embraced by GOP leaders at the national, state, and local level … appears among the early search results.”

She provides numerous stories from all over the country. She cites only one example from our state: an article from the Colorado Springs Independent about the El Paso County Republicans using United American Defense Force (UADF), the armed wing of conservative political group FEC United, standing for “Faith, Education and Commerce.”

FEC United was created by a 48-year-old Douglas County businessman Joe Oltmann who owns a gun shop, a car repair outfit and a data marketing firm. In 2020, he organized protests against COVID-19 restrictions. He then was involved in pro-police rallies in opposition to Black Lives Matter protests.

He became nationally famous in rightwing circles six days after the 2020 election when he claimed on his Conservative Daily podcast that he had infiltrated an “Antifa conference call” and heard someone he identified as Eric Coomer say, “Don’t worry about the election, Trump is not gonna win. I made fucking sure of that. Hahahaha.” Coomer was an employee of the Denver-based Dominion Voting Systems. Oltmann went on to claim that Dominion Voting Systems, Coomer and Antifa took part in a conspiracy to steal the 2020 election.

Coomer sued Oltmann, FEC United and more than a dozen individuals and organizations for defamation. The defendants tried to get the case dismissed, but Judge Marie Avery Moses of the Denver District Court ruled in May that the lawsuit can proceed to trial. In the 136-page ruling, Moses said evidence presented in the case shows that the defendants engaged in “the deliberate spread of dangerous and inflammatory political disinformation designed to sow distrust in democratic institutions.” Oltmann has never produced any evidence or answered any key questions about the alleged call, the judge said. The defendants include the Trump presidential campaign, Sidney Powell, Rudy Giuliani, One America News Network, The Gateway Pundit and Colorado Springs commentator Michelle Malkin.

Oltmann hasn’t been a marginal figure in the Colorado GOP. The current state Republican Party Chair Kristi Burton Brown served as FEC United’s president, and Oltmann himself was briefly nominated for governor at the GOP’s state assembly last spring.

Oltmann has a blood-thirsty obsession with executing political opponents and “foretells a dark future when violence will be necessary,” according to a review of his rhetoric by Washington Post reporter Rosalind S. Helderman.

On his podcast last December, Oltmann was enraged that 19 Senate Republicans voted with Democrats to approve an 11-week stopgap spending bill. This was in conflict with a far right demand for a government shutdown to stop federal vaccine mandates for employers.

Later in the broadcast, he called Gov. Jared Polis a traitor and a liar. He said the governor should be lynched.

Colorado Secretary of  State Jena Griswold has been persistently denounced by Oltmann. She decided to travel with a security detail. “Any person, when they see an election denier group with a militia arm call for them to be hanged, would take that extremely seriously,” she told the Washington Post.