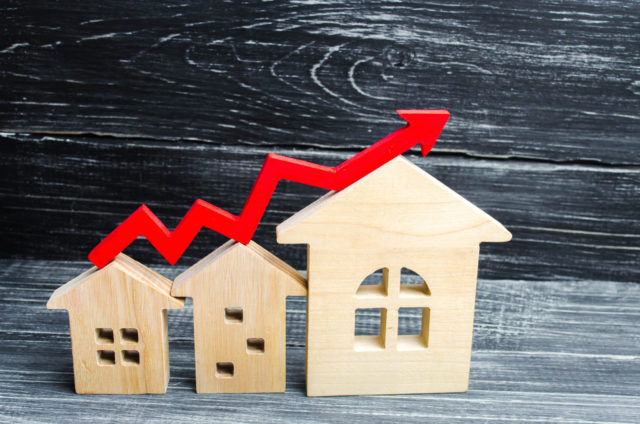 Editor’s note: Welcome to the first installment of The Unrepentant Tenant, a biweekly column diving into the history, mythology and impact of rent control and tenant’s issues, written by Mark Fearer, former director of the Boulder Tenants Union. A week doesn’t go by without my inbox getting an email about the skyrocketing prices of rent in Boulder, but cities in Colorado have been prohibited from engaging in rent control for more than 40 years, despite Renters making up more than 50% of Boulder residents.

It seems like every other day, there’s a new headline about housing prices reaching new dizzying heights—a true housing crisis. And now, like the legendary frogs in gradually boiling water, we’ve normalized what is considered affordable.

Within that fleeting realm of “affordable” is the world of rental housing. Although over half the population of Boulder lives in that world, tenant issues (especially rent control) are not high on the list of general media coverage nor public policy discussion.

As the former director of the Boulder Tenants Union (yes, there was such an organization decades ago), I have a somewhat unique perspective. Boulder has a notable (but buried) history of tenant activism stretching back to at least 1969 that can serve as renewed interest in greater renter protection.

While rent control has gotten some passing mention, there’s been little serious focus on it, let alone discussion. In this new column, I will be delving into the history, mythology and impact of rent control (RC) in hopes of it becoming a viable option.

I’ll also look at existing tenant protections and the history of the tenant movement. Most of that will be centered on Boulder, but I’ll be taking an occasional glance at tenant issues in Colorado and even nationally.

I don’t foresee focusing on affordable housing generally, given the attention it’s getting now. But it will make an occasional appearance, as it relates to rental housing.

I’ll start with the most contentious issue out there that affects every tenant: rent control (RC), or more likely, out-of-control rents. This topic gets little attention, despite the fact that it would have the largest impact by far on the issue of housing affordability.

There are many myths about RC, mostly promulgated by landlords, realtors and developers; and there are different kinds of rent stabilization. I’ll be addressing those in future columns.

But let’s start with some hidden history of local rent control.

Believe it or not, Boulder had rent control starting in (at least) 1947, due to a housing shortage, and it came under attack from the beginning. In spite of landlords lobbying the city council to end it, the CU administration and students (and tenants in general) successfully kept RC on the books until 1952.

Boulder was not unique—most of the country had rent control during and after World War II, as veterans returned home, which created the housing shortage. Although there was broad support for RC, most local governments jettisoned RC under pressure from landlords and their allies.

Jumping ahead to 1969, a new group called the Boulder Tenants Union (BTU) was formed (I was not part of it until 1982), and was reportedly only the second tenant union in the country. With a CU law professor as its spokesperson, BTU called for action over high rents and poor housing conditions.

“More than 1,000 Boulder renters and their supporters jammed into the University Memorial Center Ballroom,” wrote the Daily Camera on Sept. 17, 1969, “to voice their approval of the Boulder Tenants’ Union and to lay the groundwork for a rent strike in Boulder.” About 130 tenants actually went on rent strike at one apartment complex on the Hill a month later, but it fizzled out after several months.

In 1973, in the face of raging inflation, Richard Nixon set national economic policy that included price controls and recommended a 2.5% ceiling for rent increases across the country. The newly formed Boulder County Tenants Organization conducted a survey of renters that year and found a much higher rate of increases, and started a petition to enact a “temporary emergency measure” of rent control. They found support from one city councilman, Tim Fuller, but most of the city council expressed little interest, and no action was taken. Fuller was later recalled, likely because of his support of RC.

In 1980, the newly formed Renter’s Rights Project reactivated tenant activism with a list of proposals (more on that later.) In 1981, we started a petition to place “moderate rent control” on the city ballot—something that again received virtually no support from the city council. There was instant opposition from the landlord industry, spearheaded by the Colorado Apartment Association (CAA). Within weeks, rather than fight a popular idea at the local level, the CAA pushed the nuclear button and successfully lobbied the Colorado State Legislature to ban rent control throughout the state.

In 2019 and 2020, the Colorado Homes For All (CoHFA) coalition unsuccessfully tried to repeal the RC ban. To this day, it is illegal for any municipality to enact any form of rent control.

In a turn around, the Boulder City Council has gone on record supporting a repeal of the ban since at least 2019, although it is not clear if the current council would support the actual enactment of RC in Boulder, should the repeal be successful at some future point.

Denver-based CoHFA continues to work for repeal, although it is unlikely any bill to repeal the RC ban will be introduced this year. They hope to try again in the next year or two.