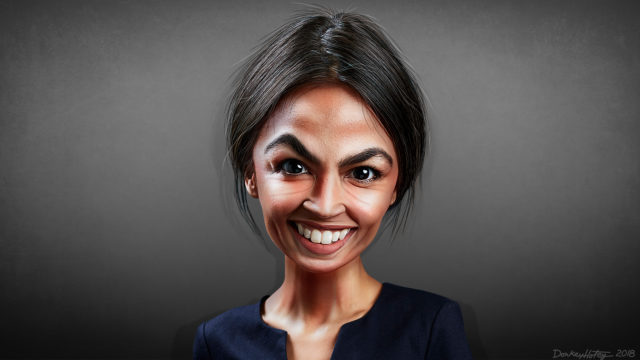 A couple weeks ago Rep. Alexandria Ocasio-Cortez (D-New York) claimed that climate change is linked to, wait for it, white supremacy.

She also claimed that the way we can combat climate change is by “honoring indigenous wisdom.”

Rep. Ocasio-Cortez spoke at a rally for Bernie Sanders held during a Climate Change Summit at Drake University in Des Moines. Here’s her full quote:

“The way we inoculate ourselves from continuing to burn up our planet at unsustainable level triggering feedback loops that we have not even begun to comprehend is by honoring indigenous wisdom and allowing it to guide our climate policy.

“The way that we preserve our systems is by transitioning to principles of universality, that means I want you clothed, I want you educated, I want you paid a living wage — no ifs, ands, or buts. And what that also means… is directly, consciously, combating white supremacy in the United States of America.”

She also took a shot at “consultants” who encourage climate activists to focus on the technical solutions to climate change instead of social justice.

“Just worry about solar panels, leave the social justice stuff behind,” she said of their advice. “Race makes everything complicated.”

My first reaction to this was that it was just another, and particularly outlandish, example of a latter-day Marxist trying to hijack environmentalism and create an alibi for the damage that was inflicted on the global environment by socialist-governed countries before the collapse of the Soviet Union. (And is still being inflicted. China burned 4.24 billion tons of coal in 2017, about six times more than the U.S.)

But then the Gentlewoman from New York may have a point. Just about every discovery and technology associated with increased atmospheric carbon dioxide concentrations was discovered or invented by an American or European white guy.

Here are a few of the more prominent suspects:

James Watt, English white guy, 1776 — Invents the steam engine (perfects the steam engine actually; the first steam-powered water pump was invented by Thomas Newcomen, another English white guy, in 1712). Steam power swiftly becomes the primary motive power of the first century of the industrial revolution — and turns coal into the primary fuel of the 19th and early 20th centuries.

Richard Trevithick, English white guy, 1804 — Demonstrates the first self-propelled railway steam locomotive, revolutionizing land transportation and creating a new use for coal, and a new way to move it.

Michael Faraday, English white guy, 1831 — invents the electric generator, the invention that makes possible most of civilization’s subsequent defining technologies, including one invented independently by

Thomas Edison, an American white guy, and Joseph Swan, a British white guy, 1879 — The incandescent lamp, which lights up the night and transforms the way humans live — and creates a huge demand for coal-generated electricity.

Nikolaus Otto, Gottlieb Diamler and Wilhelm Mayback, German white guys, 1876 — invent the first modern, four-stroke internal combustion engine, the power plant that would become the prime mover for the automobile industry. Thanks to Otto, Diamler and Mayback, Americans today use more than 142 billion gallons (or 3.4 billion barrels) of gasoline a year.

Ransom Olds, American white guy, 1901 — Olds does not invent the automobile. He invents the automobile assembly line, which he patented in 1901 and used to produce Oldsmobiles. Twelve years later, Henry Ford, another American white guy, adopts the concept to produce the Model T. Today, thanks to assembly line mass production, there are about 1.25 billion cars and trucks in the world, with the number growing by about 80 million a year, which is roughly the number by which the world’s population grows per year.

In other words, a lot of the inventions and discoveries of white guys directly contributed to the massive increase of CO2 in the atmosphere — while incidentally creating the modern world.

Socialism, especially in its communist incarnation, has left a trail of collapsed economies, eco-catastrophes and more than 80 million politically motivated murders in the 102 years since the Russian Revolution. Socialism was invented by Karl Marx, a German white guy, Fredrick Engels, a British white guy, and Vladimir Lenin, a Russian white guy. The Gentlewoman from New York, who self-identifies as a socialist, seems cool with that. Just sayin‘.